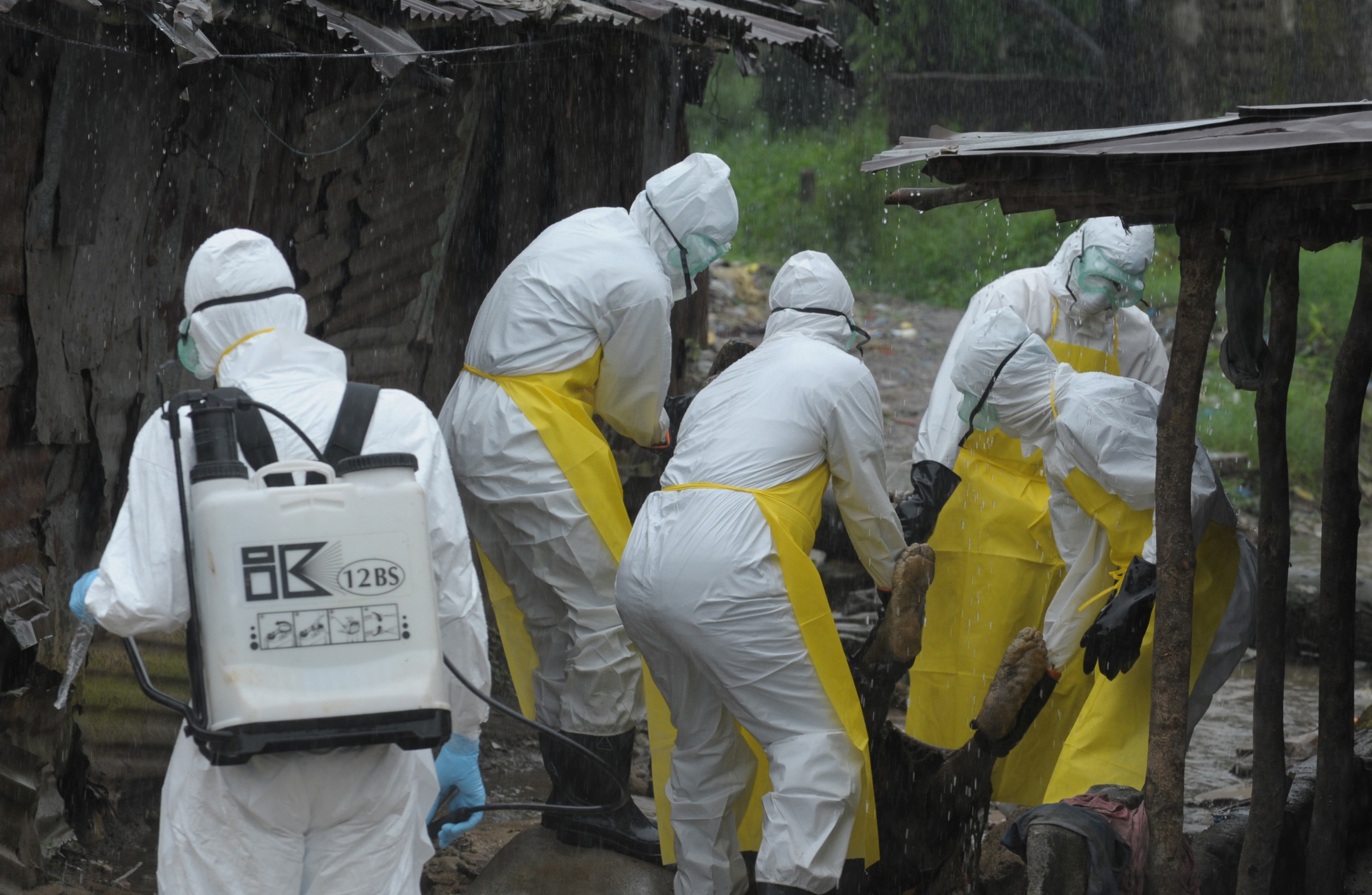 A single funeral caused many.

Stephen Gire and other health researchers on the ground in Africa had some hope that the Ebola outbreak was coming under control or at least plateauing in late May. Then came the funeral of a healer in Guinea. More than a dozen of the mourners contracted the disease there, probably by washing or touching the body, and took it to Sierra Leone, according to a new genetic mapping of the Ebola virus that scientists hope will help them understand what makes this killer tick.

"You had this huge burst after it looked like the outbreak was starting to die down," Gire said. "It sort of threw a wrench in the response."

Ebola exploded after that funeral and has now killed at least 1,552 people in West Africa. It's probably more than that, with 40 percent of the cases in the last three weeks, according to the World Health Organization. WHO officials said Thursday the outbreak continues to accelerate and could reach more than 20,000 cases eventually.

Gire and more than 50 colleagues - five of whom died from Ebola while fighting the outbreak in Africa - have mapped the genetic code of this strain of Ebola, and in so doing showed how crucial that May funeral was. They hope to use that to track mutations that could become more worrisome the longer the outbreak lasts. This detailed genetic mapping also could eventually make a bit of a difference in the way doctors spot and fight the disease, especially with work in preliminary vaccines.

On Thursday, officials at the National Institutes of Health announced that they were launching safety trials on a preliminary vaccine for Ebola. Researchers have already checked that still-not-tested vaccine against some of the more than 350 mutations in this strain of Ebola to make sure the changes the disease is making won't undercut science's hurried efforts to fight it, said Pardis Sabeti, a scientist at Harvard University and its affiliated Broad Institute.

She and Gire, also at Broad and Harvard, are two of the lead authors of a study, published Thursday in the journal Science, that maps the killer disease strain based on specimens collected from 78 patients.

The virus has mutated more than 300 times from previous strains of Ebola, Gire said. Researchers have also pinpointed about 50 places in the genetic code where the virus has changed since this outbreak started. So far, they don't know what any of those mutations mean, but they hope to find out.

Gire said it is mutating in the faster side of the normal range for viruses of its type. That becomes worrisome because as time goes on and the disease spreads, it gives the strain more opportunity to mutate into something even harder to fight, perhaps making it stronger or easier to spread, Sabeti said. It could also mutate to make it weaker.

By putting the genetic underpinnings of this Ebola strain out in the public in a matter of days instead of the normal months or years, Sabeti hopes to rally researchers worldwide to look at the data, the changes in the disease, and find something that could help.

"We need to crowd source this outbreak response," Sabeti said. "I want high school students analyzing this sequence. You want people in every country working to do something."

Because this "phenomenally elegant study" is in real time, not years later, "it is worth its weight in whatever, gold, diamonds, platinum," said Dr. Anthony Fauci, director of the National Institute of Allergy and Infectious Diseases. Fauci wasn't part of the study, but his agency did help fund it.

This study is "terrific" and has academic and practical value, said Erica Ollmann Saphire, a Scripps Research Institute professor and co-director of the global virus network. Saphire, who wasn't part of the study, said companies that are trying to find therapies for people already infected, such as those that use antibodies that bind to current strains, need to carefully track how this strain mutates to make sure their treatment works as best it can.

Some have wondered if the virulence of this outbreak is due to some more dangerous strain of Ebola. When scientists pore over the mutations they'll have a better idea of the answer, but so far nothing jumps out that says this version of the disease is genetically worse than others; the spread more likely can be attributed to population, social conditions and other human factors, Gire said.

Saphire noted this strain's death rate seems to be a bit lower than previous outbreaks, but Sabeti said it's not that much different. The research team knows about the death toll first hand: Six of the 59 study authors have died, two in the past week, Sabeti said.