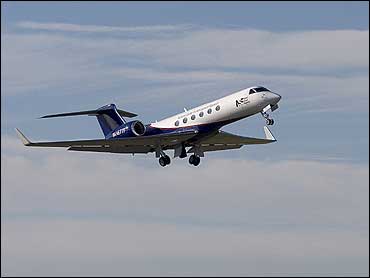 The nation's most advanced research plane has begun a 24,000-mile, pole-to-pole trip and the scientists aboard hope to capture the first-ever global picture of carbon dioxide and other greenhouse gases in the Earth's atmosphere.

The goal of the mission is ambitious -- the first-ever real-time sampling of carbon dioxide and other greenhouse gasses across a wide range of altitudes in the atmosphere, literally from pole-to-pole.

Much of what we know about greenhouse gases has been acquired from distant satellites, balloon launches, or highly sophisticated supercomputer models. The research plane's mission will, for the first time, give scientists real-time global observation data to correlate with those climate models.

"The things that excite me about this project -- it's the first time we've been able to look in great detail at the whole globe all at once," said Steven Wofsy, professor of atmospheric and environmental science at Harvard University. "Nobody has ever done that. Satellites see the whole globe, but they don't see it in great detail.

"This aircraft has the capability, and this team has the capability to do that in a way that's never been done before," Wofsy continued, in a video posted on the NSF Web site. "When we finish up, we'll have a completely new picture about how greenhouse gases are entering the atmosphere and being removed from the atmosphere both by natural processes and by humans."

The plane is called HIAPER (pronounced hyper), short for the National Science Foundation's High Performance Instrumented Airborne Platform for Environmental Research. A modified Gulfstream V jet, it can fly at high altitudes for extended periods of time and can carry 5,600 pounds of sensing equipment, making it a premier aircraft for scientific discovery.

HIAPER began its historic voyage Wednesday, Jan. 7, commencing a three week mission to sample the atmosphere in some of the most inaccessible regions of the world.

This is the first in a series of five, three-week flights to be manned by an international team of scientists.