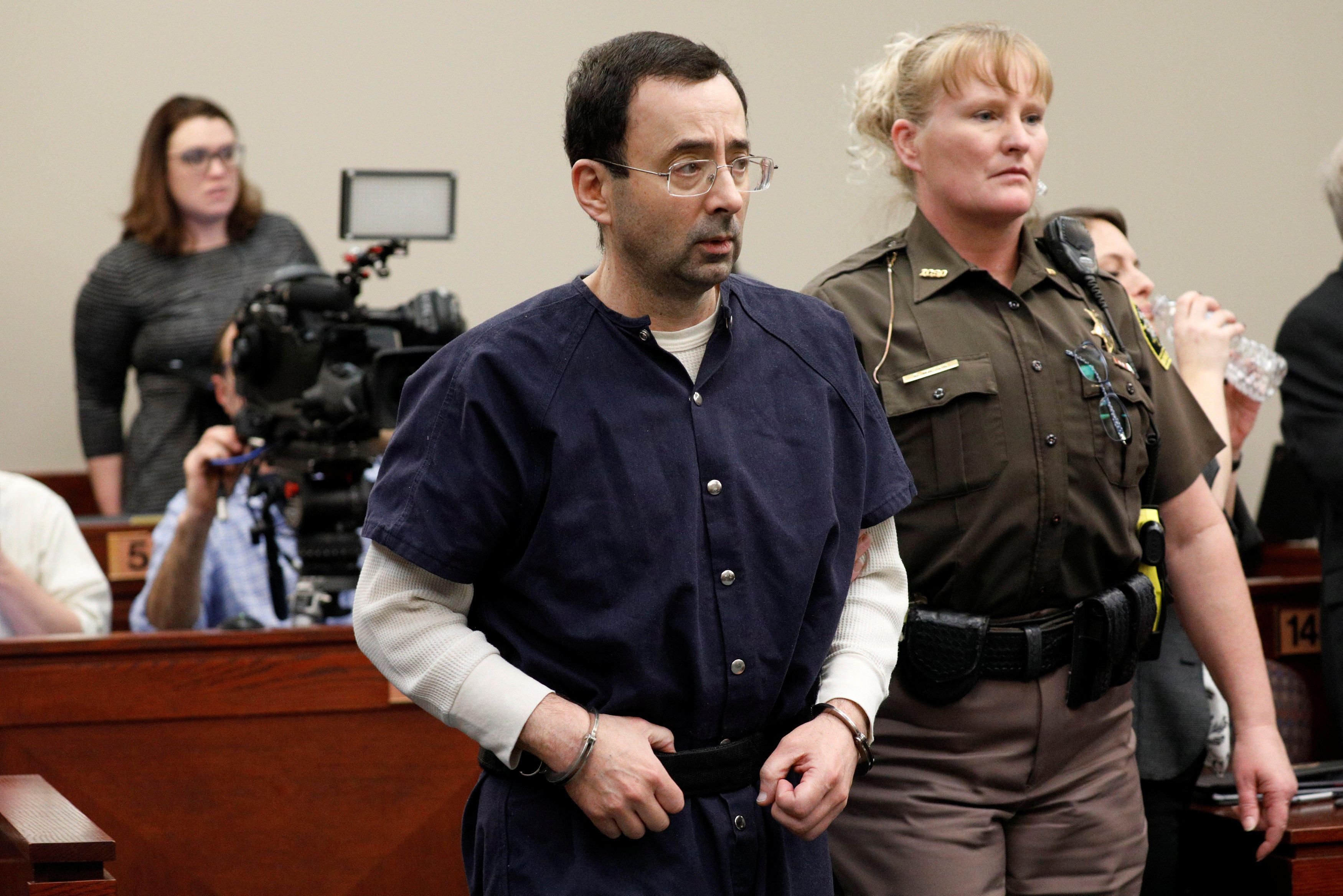 The U.S. Olympic Committee is demanding all USA Gymnastics board members resign over the Larry Nassar sexual abuse scandal. More than 150 women and girls, including numerous athletes and Olympic gymnasts, have accused the former U.S. gymnastics team doctor of abuse. A judge sentenced Nassar to up to 175 years in prison this week.

The Olympic Committee says if board members don't resign by Wednesday, USAG will lose its status as a national governing body, reports CBS News' Jon LaPook. Four of the 21 board members have already stepped down. USAG said it "embraces the requirements."

Nassar worked for Michigan State University, and after his sentencing, the president stepped down. On Friday, the MSU board of trustees will meet, and hundreds of students are expected to protest. For many, the leadership changes at USAG and MSU aren't enough.

"Thank you for making it abundantly clear where you stand," Rachael Denhollander said when asked what her message to the MSU board is.

"There's so many more things going at the university than just this Nassar thing," Ferguson said.

"By not taking responsibility for their actions. They still have not issued an apology and Lou Anna Simon, she stepped down, but her statement when she resigned was not apologetic," Stephens said.

Simon did say she was "sorry that a trusted, renowned physician was really such an evil, evil person" and acknowledged that "as president, it is only natural that I am the focus of this anger." According to her contract, she's still entitled to several perks including the option to receive her $750,000 salary for a year if she returns to the faculty. That's in addition to lifetime parking passes and football tickets.

Even as Nassar's sentencing wrapped up this week, Michigan State and USAG defended themselves in another court. In a federal lawsuit victims allege neglect and other charges, describing multiple occasions in which they reported abuse as early as 1997. The defendants have asked the judge to dismiss the case arguing "state institutions like MSU are generally immune from suit" and saying USAG did "not have a legal duty" to report the allegations.

"Everyone should have an obligation to report suspicions of child abuse or neglect," said Marisa Kwiatkowski of the Indianapolis Star.

Kwiatkowski was one the Indianapolis Star reporters who first broke news about Nassar.

"We're looking at the entirety of this system because failures to report child sexual abuse happen at every level," she said.

For years, Michigan State has been under federal oversight for having what the feds call a "sexually hostile environment. MSU implemented changes but according to ESPN, the government rejected its request to end the oversight due to its handling of the Nassar case. The U.S. Department of Education is now reportedly investigating MSU's handling of Nassar complaints.

What not to say when talking about suicide