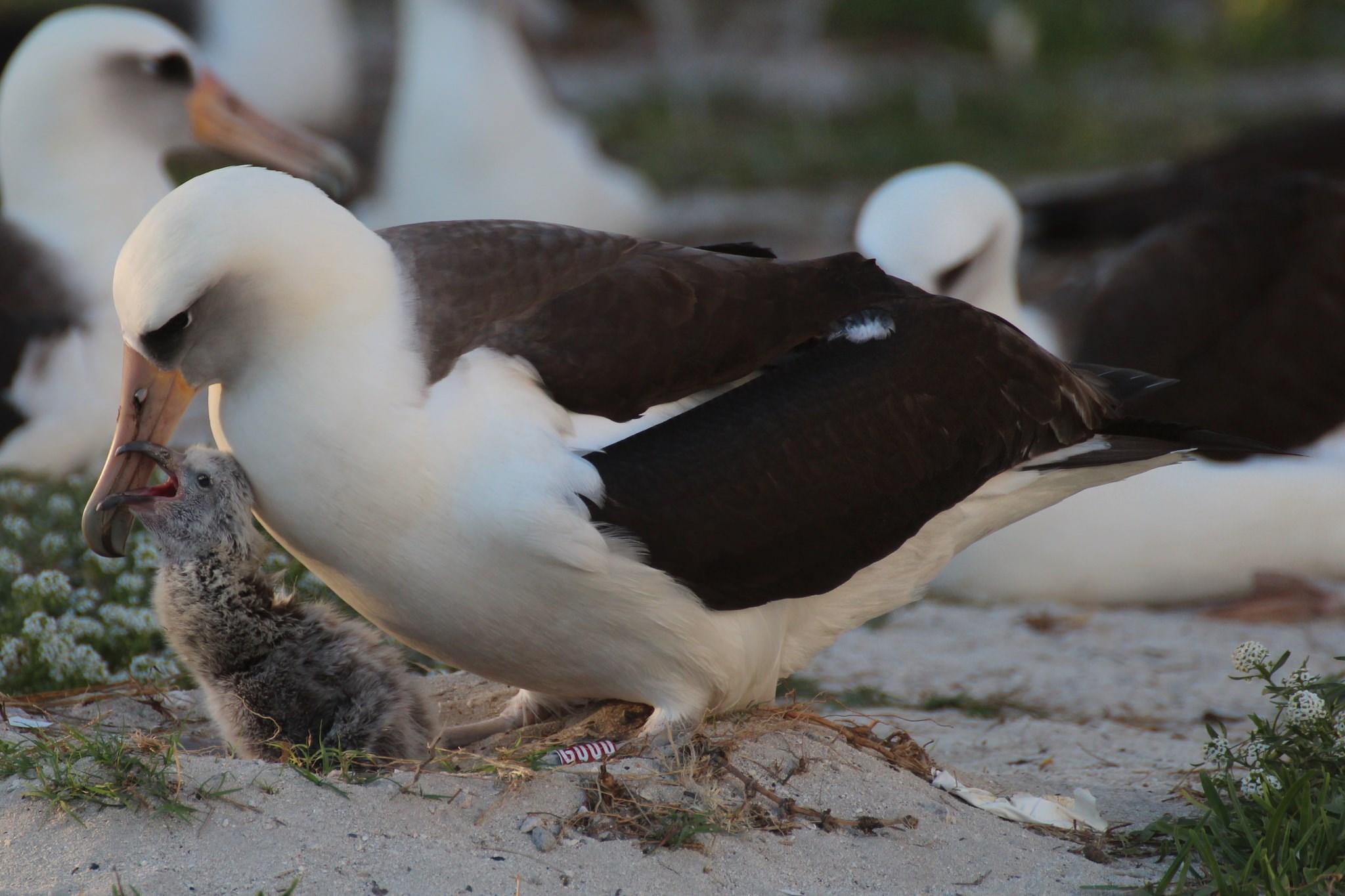 The world’s oldest-known bird breeding in the wild has just hatched yet another a new chick. The albatross named Wisdom is believed to be at least 66 years old. She hatched her latest chick at the Midway Atoll National Wildlife Refuge in the Northwestern Hawaiian Islands earlier this month, Hawaii News Now reports.

Wisdom has quite a large brood — Peyton said she has reared at least 30 to 35 chicks over the course of her six decades returning to Midway Atoll.

“Because Laysan albatross don’t lay eggs every year and when they do, they raise only one chick at a time, the contribution of even one bird to the population makes a difference,” Peyton said.

It takes about seven months for an albatross to incubate an egg and raise a chick to fledge.

During that seven-month period, Wisdom and her mate Akeakamai took turns incubating their egg. The lines are equally drawn in this relationship — they take turns caring for the chick while the other flies out in search of food at sea.

Albatross generally return from sea to breed in late October, and by the end of November nearly every available nesting space on the atoll is claimed by a breeding pair, the U.S. Fish and Wildlife Service said.