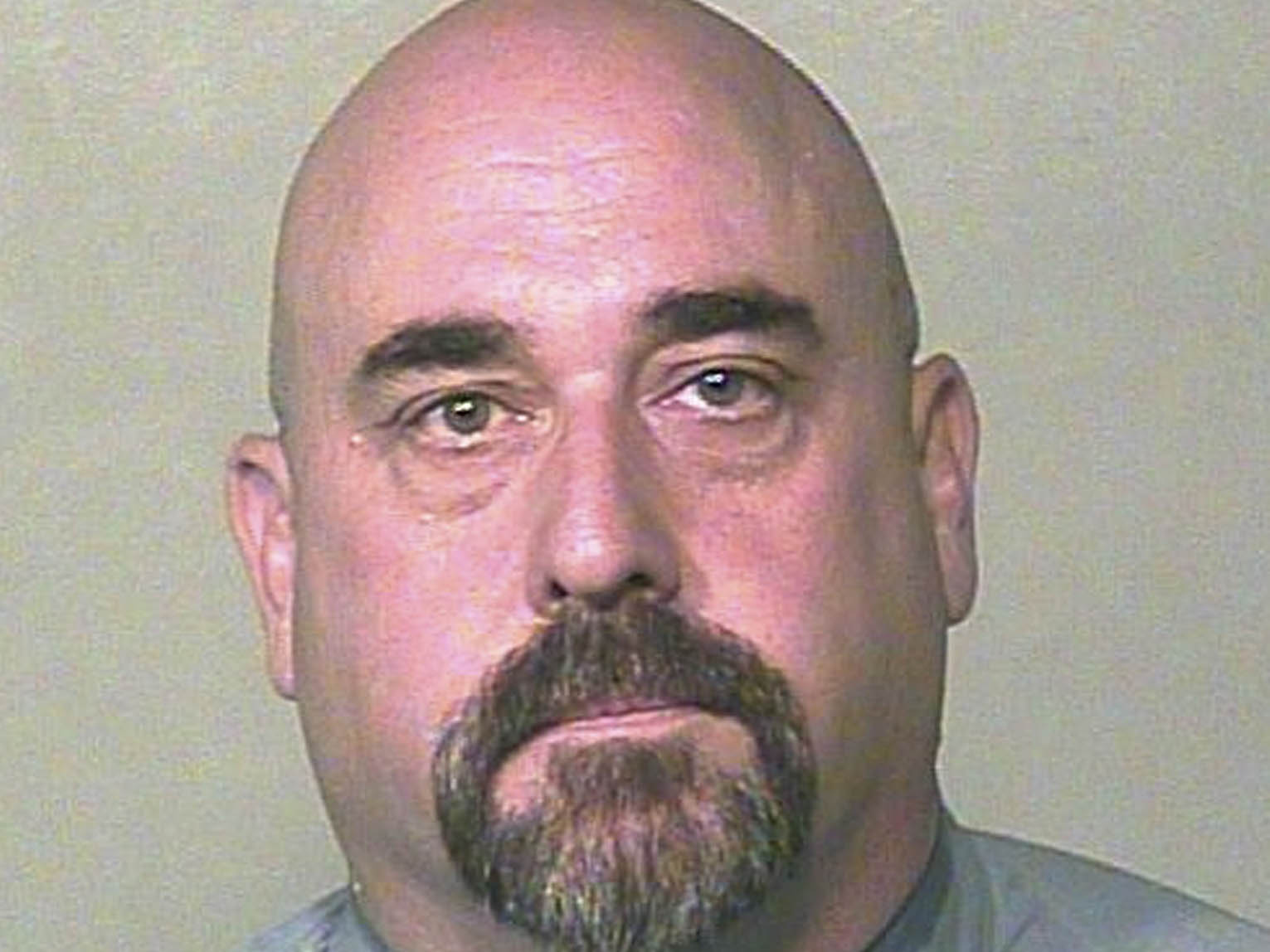 OKLAHOMA CITY - An Oklahoma jury Tuesday convicted a veteran police captain of first-degree manslaughter in the death of an unarmed teenager who was running away after scuffling with the officer.

Del City Police Capt. Randy Trent Harrison shot Dane Scott Jr. in the back on March 14, 2012, following a high-speed chase that began when Harrison tried to pull over Scott's car.

Harrison had previously arrested Scott on drug violations, and prosecutors said his pursuit of the teenager crossed the line from professional to personal. The defense portrayed Scott as a drug dealer and said Harrison believed the teen was reaching for a second weapon after the officer took one gun from him during a scuffle that followed the police chase.

The jury announced the verdict and recommended the minimum four-year prison sentence after deliberating for about 11 hours over two days.

Harrison showed no emotion when the verdict was read. He was handcuffed by sheriff's deputies and led to the Oklahoma County jail.

Members of Scott's family, including his mother, father, siblings and others, were present in court throughout Harrison's seven-day trial. They wept and hugged one another after the verdict was read. Family members declined a reporter's request for comment Tuesday, and Scott's father has also previously declined to comment.

State Rep. Mike Shelton, D-Oklahoma City, who has served as a spokesman for the family in the past, said the victim's family was devastated by his death.

"There's no winners in this deal," Shelton said. "I think that this is a reflection that the justice system can work. There is justice out there."

The shooting occurred just a few weeks after the death of Trayvon Martin, the unarmed black teenager killed by a neighborhood watch volunteer in Florida, and the defense suggested early on that prosecutors were influenced to file charges to prevent the type of racial discord that followed that shooting and another high-profile case in Tulsa last year. Harrison is white; Scott was black.

Prosecutors haven't said Harrison was motivated by any racial bias, just that Harrison was wrong to shoot Scott. The jury included three African-Americans.

Oklahoma County District Attorney David Prater became emotional after the verdict was announced as he talked to reporters. "There are no winners here," he said.

Defense attorney Doug Friesen said he will ask the judge to allow Harrison to remain free while his conviction is appealed. "I am sorry for Randy, for the way this came out," Friesen said. "I wish I could have done a better job."

The 12 members of Harrison's jury said nothing as they left the courtroom.

During the trial, Scott's baggy pants became a central issue. Witnesses say the 18-year-old was trying to hold them up as he ran from Harrison. Although the witnesses testified that they saw no threat from Scott, Harrison and his defense team said the officer believed he was reaching for his pants pocket, where he could have had another gun. Police did not find a weapon on Scott after the shooting.

Prater told jurors during closing arguments Monday that Harrison put other people in danger when he fired four shots at Scott, placing bystanders and a fellow officer in harm's way before hitting the teenager in the back with the fourth shot.

Prater said Scott was "no threat at all" at the time. "He's running and holding his pants," the prosecutor added.

Harrison, a 23-year veteran officer in the Oklahoma City suburb, testified earlier Monday that he feared for his life.

"He had just tried to kill me. He would kill anybody to escape," Harrison testified. Harrison said he did not want to kill Scott. "I just didn't have any other choice," he said.

Friesen told jurors that while prosecutors had tried to portray Harrison as "an out-of-control maniac," he was actually trying to protect his life and the lives of others.

Another police officer was running about 10 to 15 feet behind Scott and had just shot him with a Taser when Harrison fired the fatal shot, according to an affidavit.

The officer who used the Taser said he didn't see the teen with another weapon. Another witness said it appeared Scott was raising his hands, as if to surrender, when he was shot.

According to police, Scott had previous convictions in juvenile court on misdemeanor drug charges and a pending felony case of drug possession with intent to distribute.

Harrison had arrested Scott as he allegedly sold drugs near Del City High School in 2011. Court papers indicate Harrison also saw Scott allegedly selling marijuana from his home. Scott allegedly was selling drugs to a passenger in his car before the pursuit that led to the shooting.

The charges against Harrison were filed just after two white men were accused of fatally shooting three black people in Tulsa in what prosecutors said were racially motivated attacks.