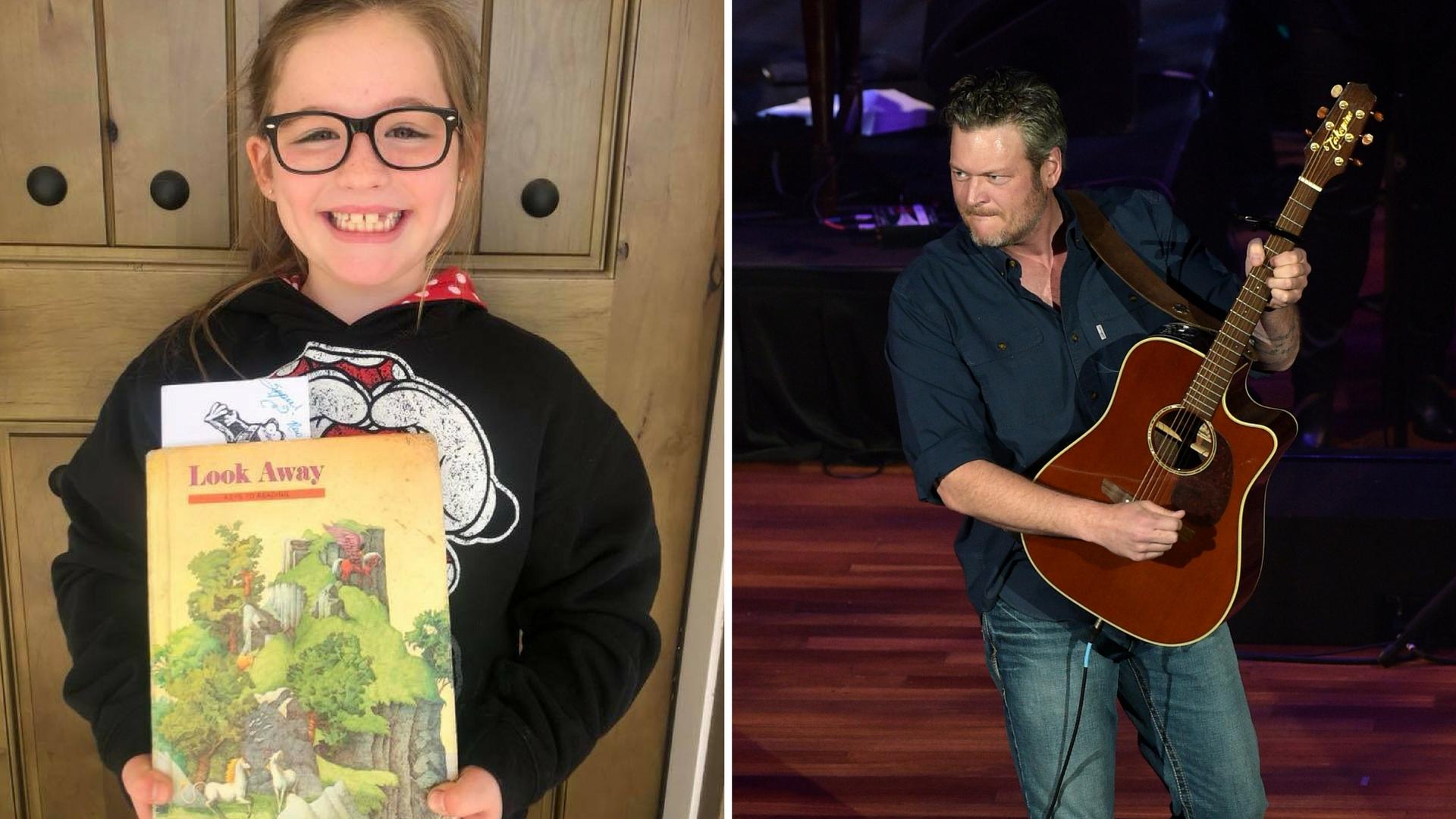 When 7-year-old Marley opened her "new" school textbook and saw the name of country music star "Blake Shelton" written inside, she was "excited" to be holding the same book he had years ago. Her mother, Shelly Bryan Parker wasn't as thrilled -- and her ire wasn't directed at the Oklahoma native, but instead at her state's scarce funding for new school resources and teachers' salaries.

Parker, a former high school math teacher, explained in an interview with CBS News why this issue is so "personal on so many levels" for her.

"So many educators in my family," Parker said. "They don't get paid enough. People don't want their taxes raised, but we're dumbing down our education."

Parker posted a pair of Facebook photos highlighting the issue of school funding and teachers' raises in Oklahoma, where teachers are protesting for a fifth day at the state's capitol Friday. One of the images show Marley with a smile from ear to ear holding the "Look Away" book. Another appears to show Shelton's handwritten name dated 1982 -- when "The Voice" judge would have been around 6 years old. The school's superintendent confirmed to CNN that Shelton attended Marley's school in his "younger years."

"Marley is EXCITED that her 'new' reader belonged to Blake Shelton, but I am EMBARRASSED!!!!," she wrote in the post. "I'm 40 and these people are my age!!! Thank you to every teacher/parent/support staffer/etc. for fighting for my kids education!!! Don't give up until education is FULLY FUNDED!!!!"

Her message went viral on the social media platform, generating thousands of reactions and re-sharing of her post.

Parker, who admits to losing friends over the issue, says she just wants a better future for Marley.

"She has 11 more years in the school system and i don't want it the way it is now," she said.

As for the protests, teachers are pushing lawmakers to pass several more revenue-raising measures, including one that eliminates the income tax deduction for capital gains that would generate about $120 million annually. Another to expand tribal gaming would bring in about $20 million, but both of those measures face broad GOP opposition.

It's still not clear if the passage of those measures, or another to require certain online vendors to pay sales tax, will be enough to placate teachers and get them to return to the classroom.