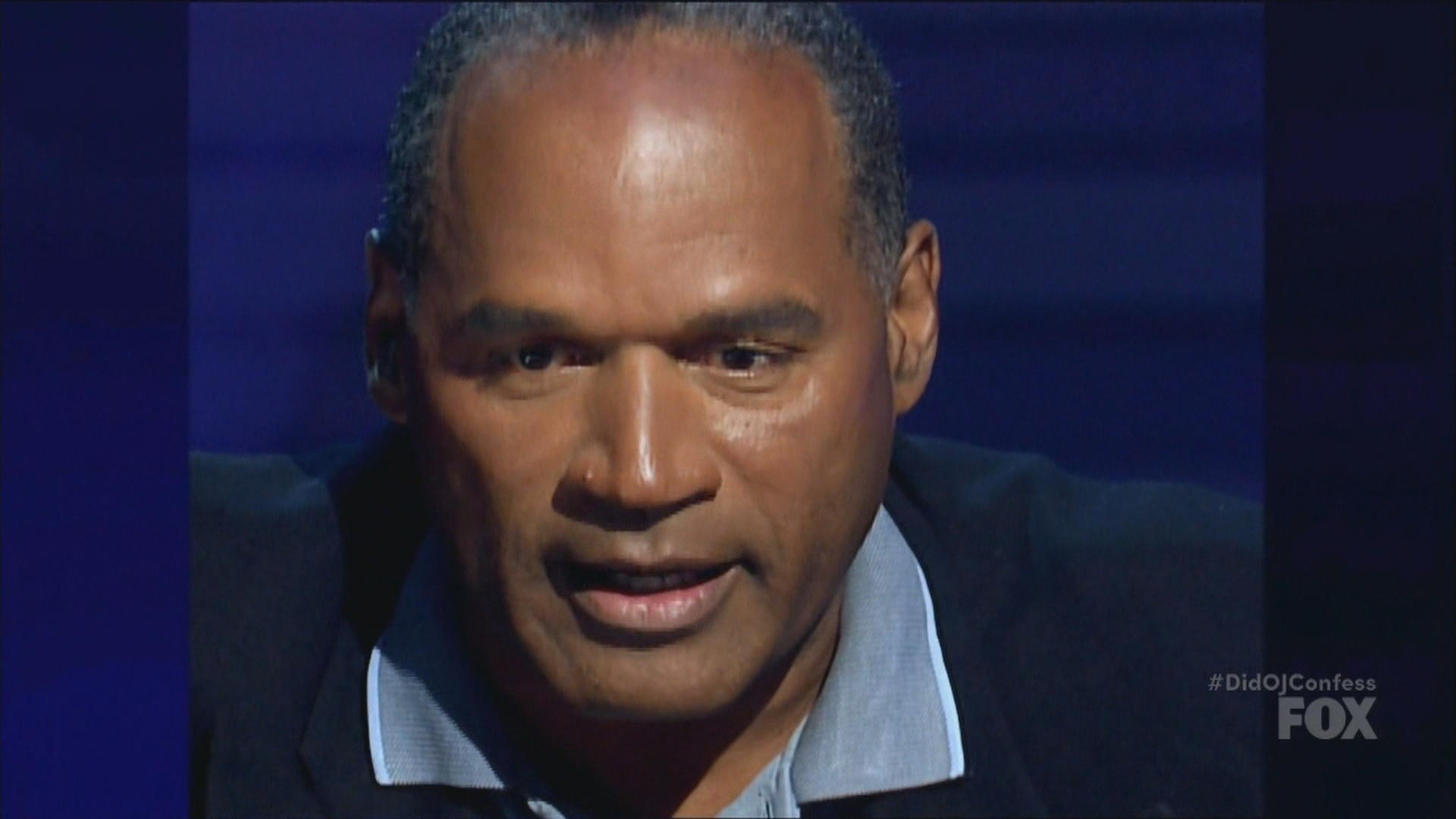 It's been more than two decades since O.J. Simpson was acquitted of murdering his ex-wife, Nicole Brown Simpson, and her friend, Ron Goldman. But now for the first time, we are hearing Simpson speak about the case on camera in a never-aired interview from 2006 with publisher Judith Regan. Simpson details a "hypothetical" explanation for the killings.

He repeatedly clarified that this was a fictionalized account of what happened, but as he went on, Simpson gave increasing amounts of detail and seemed to slip into a firsthand explanation of how and why he committed the crime, reports CBS News correspondent Vladimir Duthiers. A public outcry kept the interview from being shown -- until now.

"It's very difficult for me because it's hypothetical. I know and I accept the fact that people are going to feel whatever way they gonna feel," Simpson said with a laugh.

In his hypothetical play-by-play, Simpson told Regan he and a friend named "Charlie" went to Nicole Brown Simpson's house on June 12, 1994, the night she was brutally murdered along with Goldman.

"As things got heated, I just remember Nicole fell and hurt herself. And this guy kind of got into a karate thing… I remember I grabbed the knife, I do remember that portion, taking the knife from Charlie and to be honest after that I don't remember... I think everything is covered... would have been covered in blood," Simpson said.

Simpson alternates between talking about Charlie and speaking in first person.

"You write about removing a glove before taking the knife from Charlie," Regan said.

"You know I have no conscious memory of doing that but obviously I must have because they found the glove there," Simpson responded.

The former football star then said he and Charlie fled and tossed the bloody clothes.

"I think Charlie is O.J. This is no hypothetical," said Christopher Darden, who was also part of the special and one of the prosecutors in the criminal trial where Simpson was found not guilty.

"This idea that this is a confession interview is a joke," said Malcolm LaVergne, Simpson's attorney.

On Sunday, LaVergne claimed Regan was leading Simpson through the interview to push sales for Simpson's book "If I Did It."

"This was scripted by Judith Regan, the publisher of the book. Mr. Simpson went along because because quite frankly he got a lot of money up front to go along with this," LaVergne said.

More than a decade later, LaVergne said his client is moving on. Still, the public may not be ready to do so.

"Everybody's going to give their opinion. He was guilty or he was purged of his guilt. Whatever you want to take from it, I cannot control it," Simpson said.

In a statement, Regan told CBS News: "As anyone can see from his responses on the special, I did not feed him lines." An attorney for Goldman's father said, "While justice has eluded our family, Fox Entertainment enables everyone to make their own judgment."