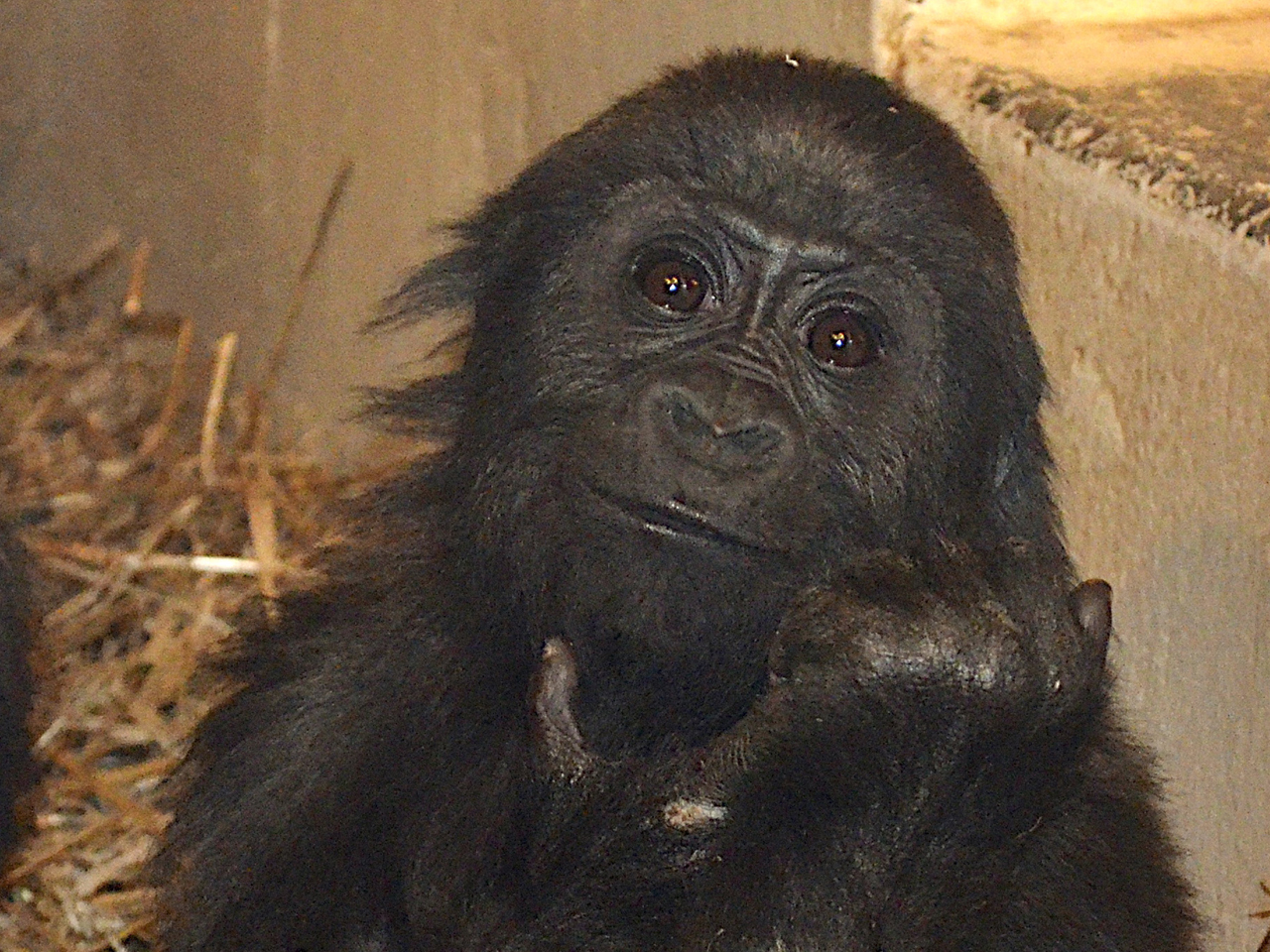 CINCINNATI - A baby gorilla initially raised by humans acting as surrogate parents is thriving in the company of other gorillas as she reaches her first birthday, officials at the Cincinnati Zoo say.

Gladys and her new family of Western lowland gorillas enjoyed a treat that included fruits, rice and sweet potato ahead of her birthday Wednesday, The Cincinnati Enquirer reported.

The gorilla was born at the Gladys Porter Zoo in Brownsville, Texas, and her mother rejected her. She was moved last February to Cincinnati. Caregivers there dressed in furry vests and kneepads to act as surrogate mothers until an older female gorilla took over that role in June.

"She's thriving. She's happy," said Ashley O'Connell, the senior primate keeper and one of the surrogates. "It's what we envisioned, and it has happened."

Gladys socializes with three other female gorillas, and keepers hope to eventually put her in a gorilla group that includes a male and several females.

Zoos have learned over the years the importance of keeping newborn gorillas close to their mothers, but if they have to be removed because of illness or rejection, they try to help them make a transition to being with their own kind.

The human surrogates walked on their knuckles and made gorilla-like grunting sounds to help teach Gladys behavior to blend in. Other gorillas were able to see, hear and smell Gladys, who in June was joined by a 31-year-old female gorilla named M'Linzi.

The Cincinnati keepers drew from experiences of the Columbus Zoo in surrogacy projects. Ron Evans, the Cincinnati Zoo's curator of primates, said they knew it was important to minimize the amount of time before getting Gladys together with other gorillas.

"No matter how well you think you can imitate an ape, you cannot duplicate what they learn from being with (others)," Evans said.

The success with Gladys is expected to help other zoos. The zoo has made 29 videos of Gladys' development for its YouTube channel. A compilation video will be shared, said Dusty Lombardi, an animal care specialist in Columbus.

"We watched those. They were terrific," said Roseann Giambro, primate keeper at the Pittsburgh Zoo & PPG Aquarium, where keepers hand-raised a baby gorilla for four months last year because of the mother's breast inflammation.