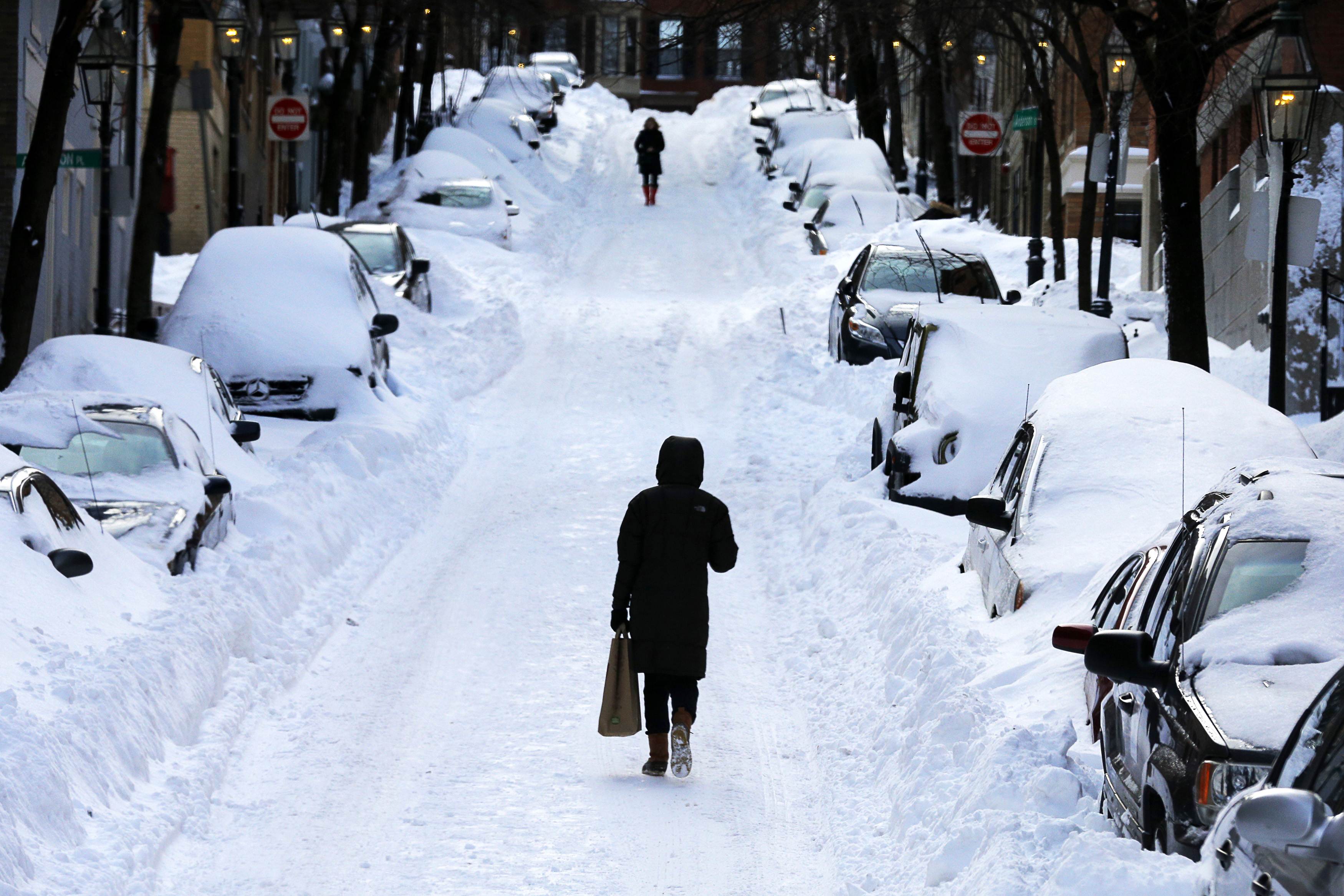 Forecasters have their eyes on two and perhaps three weather systems that may bring significant additional snow to New England in coming days, just as it continues to dig out from this week's blizzard.

The National Weather Service says a storm is expected to arrive in the region late Thursday and on through Friday night, bringing up to 4 inches of snow to Connecticut, Rhode Island and Massachusetts. Forecasters also are monitoring a storm that could head into the region this weekend.

Eric Fisher, chief meteorologist of CBS Boston, says the city could get a coating to an inch Thursday night into Friday, and areas north and west could see one-to-three inches.

Boston could get one-to-three inches Friday night into Saturday, though a three-to-six-inch snowfall is possible, Fisher says. Three-to-six will almost certainly be the amounts north of Boston, into Maine, he adds.

Then yet another storm could bring what he calls "more significant" snow Sunday into Monday, depending on the system's track, Fisher says.

The question as Boston digs out is where to put all the snow, with more than two feet piled up in the city, reports CBS Boston's Beth Germano.

Boston will deploy three deicers Thursday it's borrowing from Massport (the agency that runs area airports) and a private contractor to help with the removal, Germano says, adding that three snow farms have been set up as a dumping ground. Mayor Marty Walsh is urging patience from residents as the cleanup effort continues with 850 miles of city streets. Firefighters have to make sure snow is cleared from some 12,000 hydrants.

Some of the areas of Massachusetts hardest hit by the blizzard were on the coastline, where oceanfront homes took the brunt of raging seas.

In Marshfield, officials were still assessing the damage but said at least four homes will likely be condemned. At least a dozen more sustained substantial damage after two 80-foot sections of sea wall were smashed.

"There's probably tens of millions of dollars' worth of damage here," Marshfield Police Chief Phil Tavares told CBS News. "There's an awful lot that goes into this, and I'd imagine it's going to take us a couple of years to completely rebuild things."

A local fisherman, Tim Mannix, was trying to move furniture to secure a sliding door at his home when the ocean struck back.

"A wave hit at that moment and bang! - like lightning it hit me right in the face," he said, his nose showing the damage from the encounter. "It was so fast I couldn't believe it, and down I went."

Mannix said the water came in from the back of his house, knocked down his back deck, washed through the house and destroyed his front deck.

He suffered six fractures in his nose, which required numerous stiches.

"The water came over the wall and broke down the slider ... which allowed the water to go straight through the house," Hanlon said, describing the damage to one of the homes. "We ended up with a ton of rocks and sand."

She said her second home was also damaged.

In Scituate, at least five homes on Oceanside Drive were damaged and a sea wall was compromised.

Earlier in the day, Gov. Charlie Baker traveled to Scituate to get a firsthand look at the damage left by the blizzard.

"That was the hardest hit area of the commonwealth," he said. "I want to see what the story is."

Scituate Building Commissioner Neil Duggan said that in terms of damage to property, Tuesday's blizzard was the worst storm since the infamous "no name" storm of 1991.

When Baker met with officials in Scituate Town Hall, they said they needed front-end loaders to clear out debris. Baker took out his cellphone and started texting for aid.

He said he's planning to seek federal disaster aid for Massachusetts. He said he wants city and town officials to assess the damage in local communities before submitting the request.

Secretary of Energy and Environmental Affairs Matthew Beaton said the damage is in the millions.

"It was in some respects the part of the commonwealth (Massachusetts) that dealt with the most significant storm damage," Baker said before taking a helicopter trip out to the island, which lost power during the storm.

He went to the police station and visited a shelter set up at Nantucket High School, where members of the Red Cross were working, according to an aide.

Baker also toured damage sites, including one on the town pier on Washington Street. He met with utility officials and the harbormaster for an update on power generation and how the tides were affecting the cleanup.