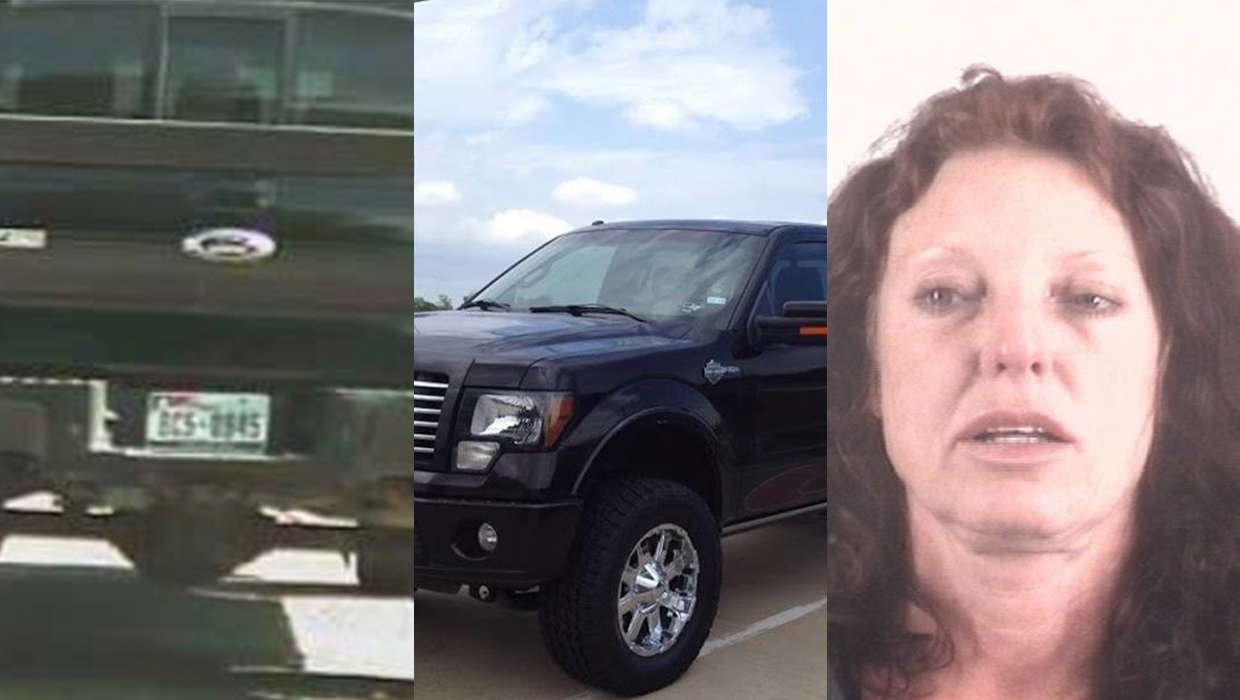 TARRANT COUNTY, Texas -- Officials released photos Monday of a pickup truck belonging to Tonya Couch, the missing mother of a wanted teen made famous when his lawyer told a Texas court the boy suffered from "affluenza."

Couch and her son, Ethan, have been missing for more than a week. Ethan Couch, who was 16 years old when he killed four pedestrians in a drunk driving crash, was sentenced in 2013 to 10 years of probation. He is required to check in with a probation officer regularly, but has allegedly been out of contact with authorities for about two weeks.

Tarrant County Sheriff Dee Anderson said at a press conference Monday morning that authorities believe the mother and son are together, and potentially fled the county in her black 2011 Ford F-150 pick-up.

"We're trying to account for everything that's possible," Anderson said. "And this pickup truck is one thing we can't account for."

The truck is a Harley Davidson-themed special edition with 23 inch chrome wheels, and Texas License Plate BC-50945, according to officials. Anderson acknowledged during the press conference that investigators don't know for sure that Tonya and Ethan couch are together.

Texas sheriff's deputies, U.S. Marshals and the FBI are all searching for the Ethan Couch, whose 2013 sentence cause controversy after his lawyer argued in court that he didn't understand consequences due to his parents' wealth -- a syndrome the lawyer called "affluenza."

Tarrant County District Attorney Sharen Wilson said that while her office was looking into the video, it's not why they're now searching for Ethan Couch and his mother.

"The problem for him on the juvenile probation is that he's not here. Juveniles have to ask for permission to leave the county, and we believe he's not in the county," Wilson said.

In November, Wilson's office asked a court to move the now 18-year-old's case to adult court, where the potential repercussions for failing to follow the rules of probation are greater.

Anderson, who is running for reelection in 2016, has conducted a media blitz while searching for Ethan Couch, appearing on national and local television regularly to give updates on the search. On Monday, he said that at the scene of Couch's deadly June 2013 car crash, "those who dealt with him at the accident scene and in the post-accident scene saw no remorse."

The 16-year-old's blood-alcohol level was three times the legal limit for an adult and there were traces of Valium in his system when he lost control of his pickup truck and plowed into a group of people helping a woman whose car had stalled.

When he was sentenced six months later to probation, there was widespread outrage in Tarrant County, and Anderson was among many public officials who decried it.

"Obviously this case is very very important to my agency," Anderson said Monday. "Unfortunately for us, my deputies had to investigate the devastating crime scene ....which resulted from the irresponsible decision that Ethan Couch made."