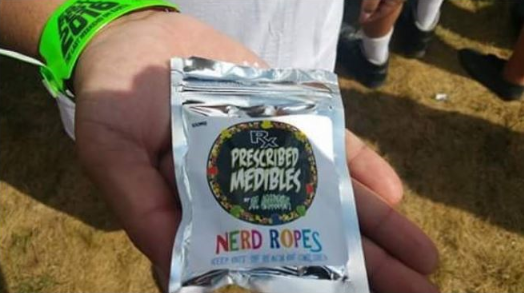 The 2016 EST (Everyone Stands Together) Fest was held in Butler, Ohio. Butler is about an hour drive northeast of Columbus.

About 2,700 people were on hand Saturday, the festival's final day.

Fire officials responded earlier in the day after reports of unusual symptoms among fest-goers. Two dozen people were taken to OhioHealth in Mansfield. Narcan, which is commonly used to reverse the effects of opiates, was used on those patients to treat overdoses.

However, it's unclear what drug made the patients sick, authorities said. Whatever the patients took came in the form of some sort of candy that had the word "medibles" on the packaging.

All 24 people are now recovered. Authorities said nobody lost consciousness.

"It's disappointing and regretful that the actions of a few are trying to disrupt such a good-spirited celebration," festival CEO James McMillan said. "At this time we're working closely with the local sheriff's department to discover the persons responsible. We're taking every precaution to make sure that our festival attendees continue to have a good and safe time with the blessings and guidance of the EST family."

MGK started the festival, which was held southeast of Mansfield. The facility is sometimes used as a summer camp for kids. EST Fest is an 18 and older event, however.

Law enforcement officials said Saturday the festival did a thorough search of each vehicle before letting people in. They noted that nearby residents were upset with the traffic backups that resulted from the searches. They said the candy must have gone undetected.

The candies are currently being tested. Those test results should be available sometime next week.

No arrests have been made and authorities aren't searching for any suspects.

This was the third EST Festival. Authorities said before this incident no other problems had been reported.