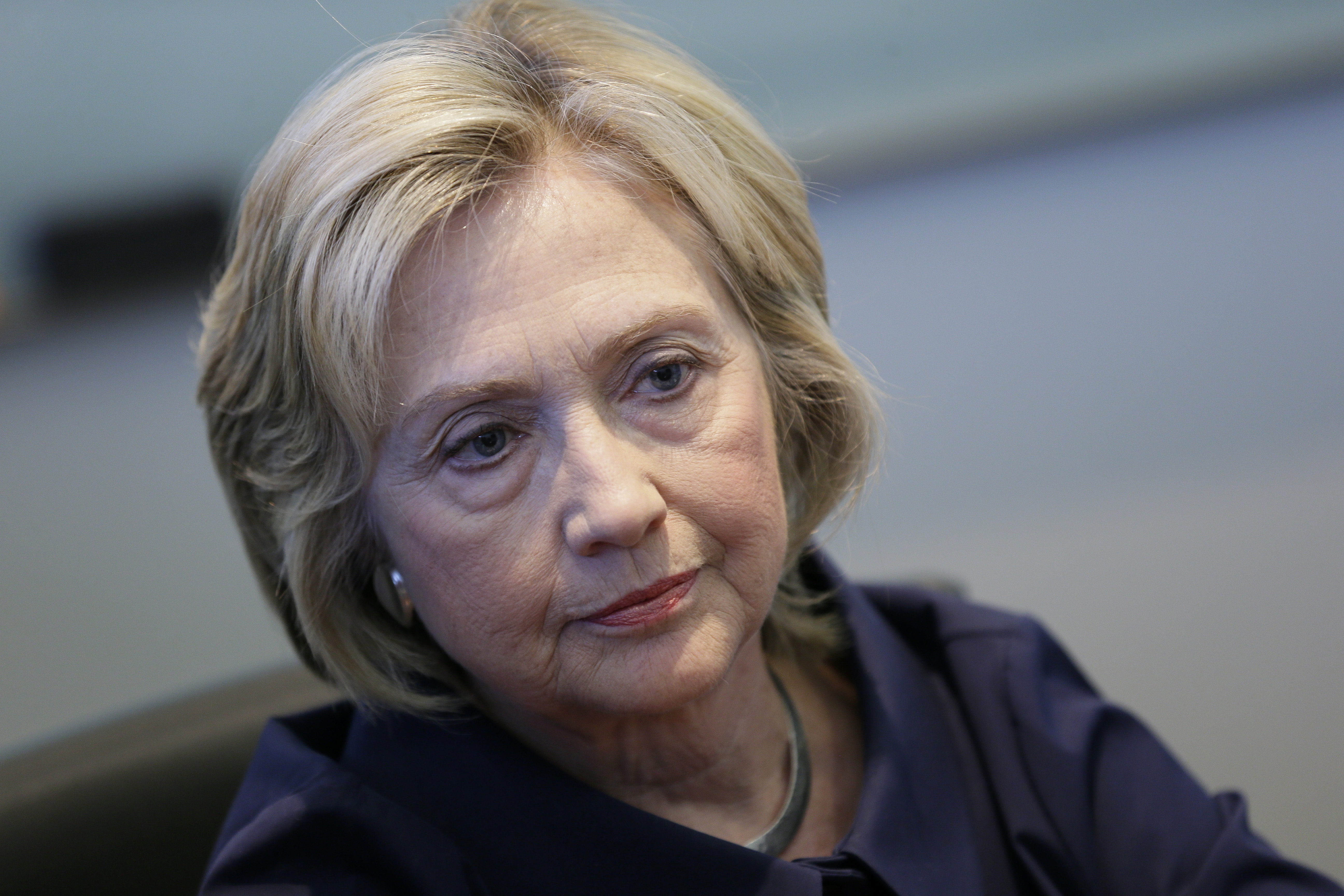 WASHINGTON -- The Obama administration has discovered a chain of emails that Hillary Rodham Clinton failed to turn over when she provided what she said was the full record of work-related correspondence as secretary of state, officials said Friday, adding to the growing questions related to the Democratic presidential front-runner's unusual usage of a private email account and server while in government.

The messages were exchanged with retired Gen. David Petraeus when he headed the military's U.S. Central Command, responsible for running the wars in Iraq and Afghanistan. They began before Clinton entered office and continued into her first days at the State Department. They largely pertained to personnel matters and don't appear to deal with highly classified material, officials said, but their existence challenges Clinton's claim that she has handed over the entirety of her work emails from the account.

When asked about the emails, Clinton press secretary Brian Fallon referred CBS News to a fact sheet on the campaign's website. It reads: "Early in her term, Clinton continued using an att.blackberry.net account that she had used during her Senate service. Given her practice from the beginning of emailing State Department officials on their state.gov accounts, her work-related emails during these initial weeks would have been captured and preserved in the State Department's record-keeping system. She, however, no longer had access to these emails once she transitioned from this account."

Republicans have raised questions about thousands of emails that she has deleted on grounds that they were private in nature, as well as other messages that have surfaced independently of Clinton and the State Department. Speaking of her emails on CBS' "Face the Nation" this week, Clinton said: "We provided all of them."

"I should have used two separate e-mail accounts, one personal, one work-related," Clinton told "Face the Nation" host John Dickerson that. "What I did was allowed. It was fully above board. People in the government certainly knew that I was using a personal e- mail. But I have tried to be transparent."

She added that she had released an "unprecedented" 55,000 pages of her emails and that her level of transparency has been "more than anybody else ever been."

The FBI and several congressional committees are still investigating.

The State Department's record of Clinton emails begins on March 18, 2009 - almost two months after she entered office. Before then, Clinton has said she used an old AT&T Blackberry email account, the contents of which she no longer can access.

The Petraeus emails, first discovered by the Defense Department and then passed to the State Department's inspector general, challenge that claim. They start on Jan. 10, 2009, with Clinton using the older email account. But by Jan. 28 - a week after her swearing in - she switched to using the private email address on a homebrew server that she would rely on for the rest of her tenure. There are less than 10 emails back and forth in total, officials said, and the chain ends on Feb. 1.

The officials weren't authorized to speak on the matter and demanded anonymity. But State Department spokesman John Kirby confirmed that the agency received the emails in the "last several days" and that they "were not previously in the possession of the department."

Kirby said they would be subject to a Freedom of Information Act review like the rest of Clinton's emails. She gave the department some 30,000 emails last year that she sent or received while in office, and officials plan to finish releasing all of them by the end of January, after sensitive or classified information is censored. A quarter has been made public so far.

Additionally, Kirby said the agency will incorporate the newly discovered emails into a review of record retention practices that Clinton's successor, Secretary of State John Kerry, initiated in March. "We have also informed Congress of this matter," he added.

These steps are unlikely to satisfy Clinton's Republican critics.

The House Benghazi Committee plans to hold a public hearing with Clinton next month to hear specifically about what the emails might say about the attack on a U.S. diplomatic outpost in Libya that killed four Americans on Sept. 11, 2012. And the Senate Judiciary Committee's GOP chairman said he wants the Justice Department to tell him if a criminal investigation is underway into Clinton's use of private email amid reports this week that the FBI recovered deleted emails from her server. The Senate Homeland Security Committee also is looking into the matter.

Clinton has repeatedly denied wrongdoing. "When I did it, it was allowed, it was above board. And now I'm being as transparent as possible, more than anybody else ever has been," she said earlier this week.

Clinton has been dogged for months by questions about her email practices. She initially described her choice as a matter of convenience, but later took responsibility for making a wrong decision.

Separately Friday, State Department officials said they were providing the Benghazi-focused probe more email exchanges from senior officials pertaining to Libya. The committee broadened its scope after examining tens of thousands of documents more specifically focused on the Benghazi attack.