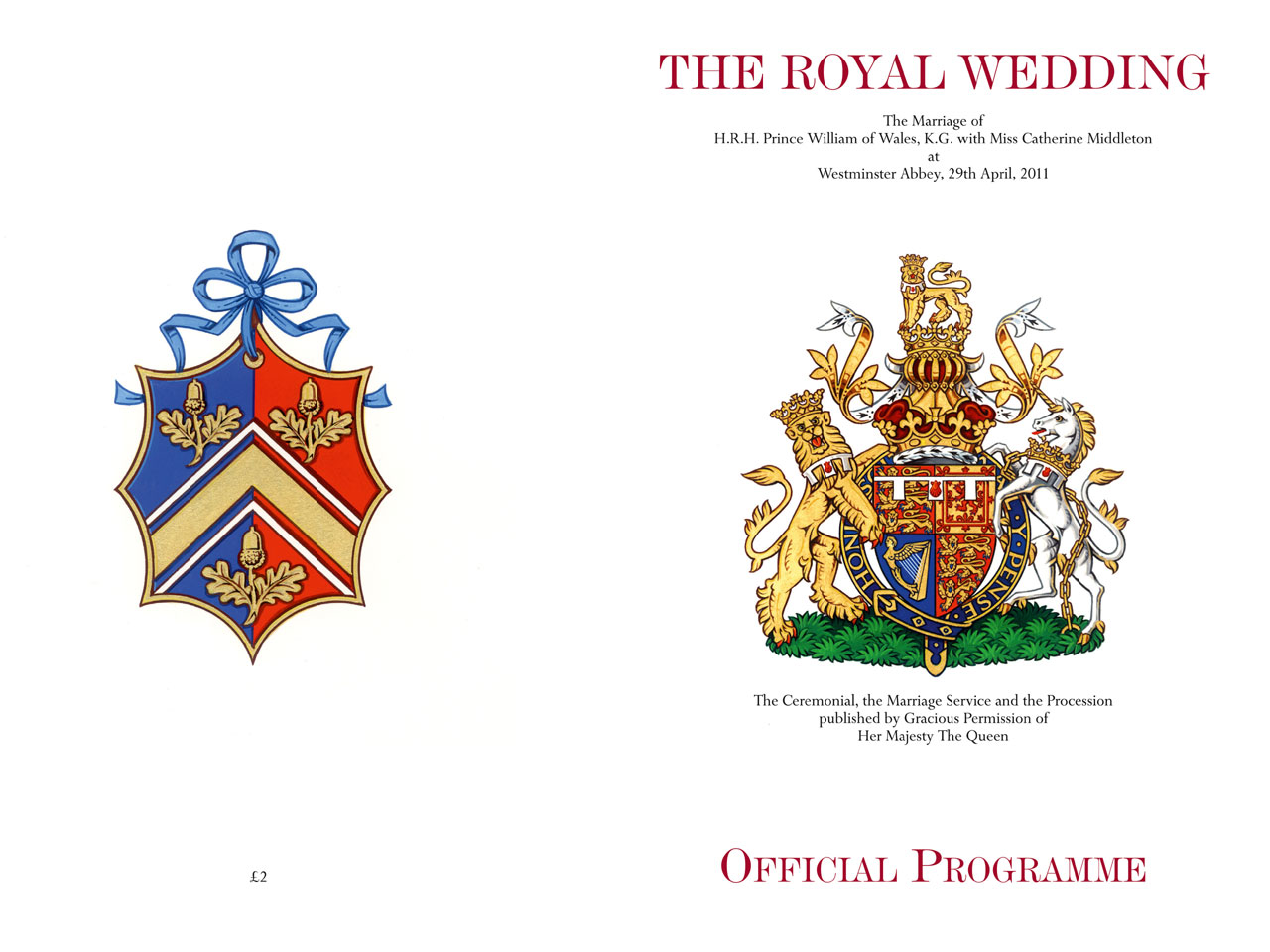 (CBS) The cover of the official wedding program for Prince William and Kate Middleton's April 29 nuptials has been revealed.

It will include the full Order of Service (the same one guests will have inside Westminster Abbey during the ceremony), a personal message from the bride and groom and a never-before-seen picture of the couple taken by photographer Mario Testino (who captured the couple in their two engagement portraits).

The program will be available to download 24 hours before the wedding, and hard copies will be sold for 2 pounds each (about $3) along the procession route on the 29th. Proceeds from the sale will benefit the Foundation of Prince William and Prince Henry.

Commemorative programs were also made for the Prince and Princess of Wales in 1981 and the Duke and Duchess of York on 1986.