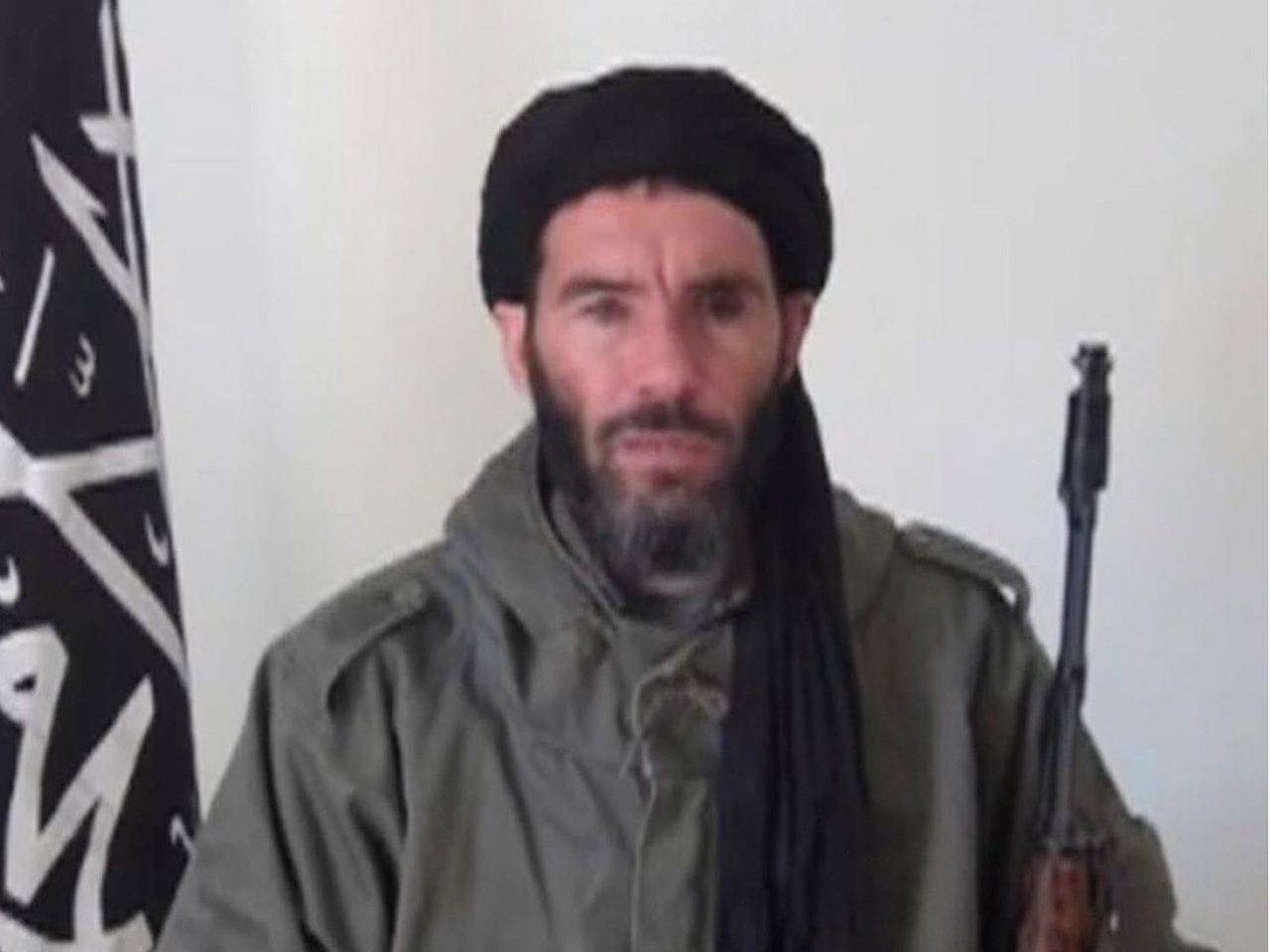 CAIRO -- A U.S. official told CBS News that intelligence shows that it "certainly looks like" weekend airstrikes killed Mokhtar Belmokhtar, an al Qaeda-linked militant leader in eastern Libya charged with leading the attack on a gas plant in Algeria in 2013 that killed at least 35 hostages, including three Americans.

U.S. officials said they are still assessing the results of the Saturday strike, but Pentagon spokesman Col. Steve Warren said the military believes the strike was successful and hit the target. CBS News correspondent David Martin reports that an official who has seen the intelligence says "it certainly looks like we did" kill Belmokhtar.

An Islamist with ties to Libyan militants, however, said the airstrikes missed Belmokhtar, instead killing four members of a Libyan extremist group the U.S. has linked to the Sept. 11, 2012, attack on the U.S. Consulate in Benghazi that killed Ambassador Chris Stevens and three other Americans.

Neither U.S. officials nor the Libyan government provided proof of Belmokhtar's death, which likely requires a DNA test or an announcement by Belmokhtar's group that he was killed.

"I can confirm that the target of last night's counterterrorism strike in Libya was Mokhtar Belmokhtar," Warren said Sunday. "Belmokhtar has a long history of leading terrorist activities as a member of (al Qaeda in the Islamic Maghreb), is the operational leader of the al Qaeda-associated al-Murabitun organization in northwest Africa and maintains his personal allegiance to al Qaeda."

Martin reports that the intended target was struck by precision-guided weapons dropped by F-15E fighter jets. Belmokhtar was the main target but there were a number of people there for a meeting.

A U.S. official told the AP that the fighter jets launched multiple 500-pound bombs in the attack. The official was not authorized to discuss the details of the attack publicly so spoke on condition of anonymity. Authorities say no U.S. personnel were on the ground for the assault.

But this isn't the first time authorities have claimed to have killed Belmokhtar, a militant believed to be 43 who reportedly lost his eye in combat and fought in Afghanistan. He was one of a number of Islamist fighters who have battled Algeria's government since the 1990s, later joining al-Qaeda.

Intelligence officials say Belmokhtar essentially built a bridge between AQIM and the underworld, creating a system where various blends of outlaws now support each other and enroll local youth. He's been linked to terror attacks and the lucrative kidnapping of foreigners in the region. He's also known as Belaouer the One Eyed, Abou al-Abbes and "Mister Marlboro," the last name a play on the fact he's accused of smuggling contraband cigarettes through the Sahara and the Sahel.

The U.S. filed terrorism charges in 2013 against Belmokhtar in connection with the Algeria attack. Officials have said they believe he remained a threat to U.S. and Western interests. Belmokhtar had just split off from al-Qaeda in the Islamic Maghreb to start his own franchise.

The Libyan government in a statement Sunday said that the strike targeting Belmokhtar came after consultation with the U.S. so that America could take action against a terror leader there.

One government official in Libya said an airstrike in the northeastern coastal city of Ajdabiya hit a group of Islamic militants also believed linked to al-Qaeda and that it killed five and wounded more. He said the group that was wounded later fought the Libyan military that guarded the hospital there, leading to an hourslong battle. He spoke on condition of anonymity because he was not authorized to speak to reporters. The official couldn't confirm that was the same strike that killed Belmokhtar.

The Islamist, who spoke on condition of anonymity for fear of reprisals in restive Libya, told The Associated Press early Monday that Belmokhtar wasn't at the site of the U.S. airstrike. He said the strike killed four Ansar Shariah members in Ajdabiya, some 850 kilometers (530 miles) east of the Libyan capital, Tripoli.

American officials have linked Ansar Shariah to the Sept. 11, 2012, attack on the U.S. Consulate in Benghazi.

The charges filed against Belmokhtar by federal law enforcement officials in Manhattan included conspiring to support al-Qaeda and use of a weapon of mass destruction. Additional charges of conspiring to take hostages and discharging a firearm in furtherance of a crime of violence carry the death penalty.

At the time, U.S. Attorney Preet Bharara said in a release that Belmokhtar "unleashed a reign of terror years ago, in furtherance of his self-proclaimed goal of waging bloody jihad against the West."

Authorities also offered a $5 million reward for information leading to the arrest of Belmokhtar.

The airstrike comes as al-Qaeda militants in eastern Libya continue to battle with members of the Islamic State of Iraq and Syria (ISIS), as the warring groups fight over power and resources.

And the U.S. has been involved before in the fight against extremists in Libya.

U.S. special forces in 2013 went into Tripoli and seized Abu Anas al-Libi, whisking him out of the country. Al-Libi was accused by the U.S. of involvement in the 1998 bombings of two American embassies in Africa. Al-Libi died January this year in a US hospital from a long-standing medical condition.

Last week, a senior al-Qaeda leader was killed by masked gunman, prompting the group to declare holy war on the local ISIS affiliate. Clashes between the two groups in the eastern coastal city of Darna killed 11 people.

Libya has been divided between an Islamist-led government backed by militias that seized Tripoli last August and its elected parliament, which now must convene in the far east of the country.

Militants have taken advantage of the chaos, flowing fighters into the country's vast ungoverned spaces. And as the Islamic State group has grown in power, fueled by successes in Iraq and Syria, some al-Qaeda fighters have switched loyalties.

In its statement Sunday, the Libyan government said that the operation "is a piece of the international support that it has long requested to fight terrorism that represents a dangerous threat to the regional and international situation." It added that the government would like more help fighting terrorism, including ISIS, which controls Sirte and is moving west toward Misrata and south toward the Jufra military base.