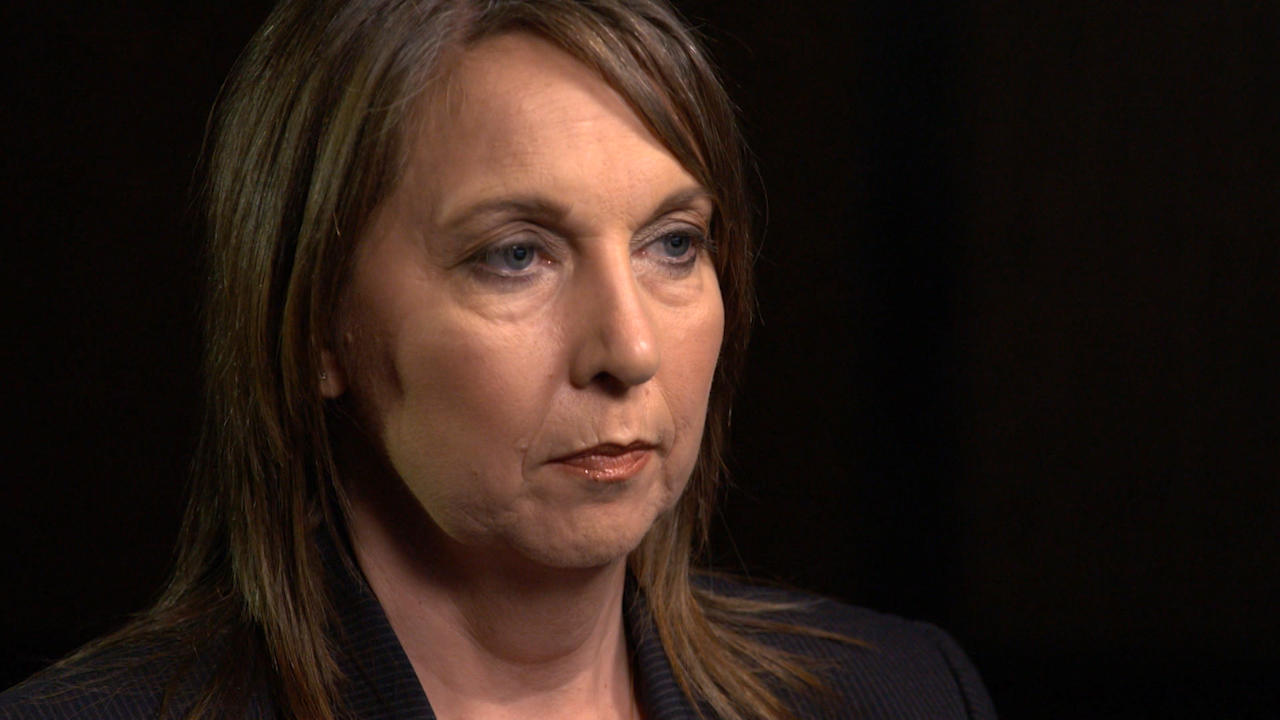 The Tulsa police officer charged with manslaughter for killing an unarmed black man tells Bill Whitaker race had nothing to do with her decision to pull the trigger.  Officer Betty Shelby says Terence Crutcher caused his own death through his actions and his failure to heed her commands.  Crutcher’s twin sister says video of the incident proves her brother was wrongfully killed. Shelby, who is expected to be criminally tried in May, speaks in her first interview about the incident on the next edition of 60 Minutes Sunday, April 2 at 7 p.m. ET/PT.

The police dash-cam and helicopter videotapes show Crutcher walking back to his vehicle while, Shelby says, she was ordering him to stop. She says she suspected he was intoxicated because of his “zombie like” demeanor.  An autopsy found the drug PCP in his system. A vial of the drug was found in the door pocket of his car.  The video shows Crutcher had his hands up for much of the encounter, but Shelby fired at him, she says, when he reached into his car.   “What I based everything on was his actions, his behaviors.  Race had nothing to do with my decision making,” she says.

“I’m feeling that his intent is to do me harm and I keep thinking, ‘Don’t do this. Please don’t do this. Don’t make this happen.’” Officer Betty Shelby

“I’m feeling that his intent is to do me harm and I keep thinking, ‘Don’t do this. Please don’t do this. Don’t make this happen,’” says Shelby. Shelby tells Whitaker Crutcher kept reaching into his pocket suggesting to her, based on her experience, that he had a gun. When he got to the car window, Shelby remembers the moment he reached in. “And it’s fast. Just that would tell any officer that that man’s going for a weapon…I say with a louder, more intense voice, ‘Stop. Stop! Stop!’ and he didn’t. And that’s when I took aim.”

Six days after the shooting and before the police investigation was concluded, the Tulsa district attorney charged Shelby with manslaughter, alleging she overreacted.  Asked if she thought the authorities had charged her quickly to prevent civil unrest, Shelby replies, “I believe that’s what they thought.” After her name was made public she says she began to receive death threats.

“We need our men and women in blue. But at the end of the day, they’re not warriors. They’re supposed to be our guardians.” Tiffany Crutcher

Tiffany Crutcher is Terence Crutcher’s twin sister.  “Of course, she’s saying everything that she’s supposed to say to defend herself. What we saw on that video is what my dad always taught my brothers, taught us to do if we were pulled over by a police officer,” says Crutcher. “Put your hands in the air and put your hands on the car. And my brother did what my father taught us.

“We need our men and women in blue. But at the end of the day, they’re not warriors. They’re supposed to be our guardians,” Crutcher tells Whitaker.