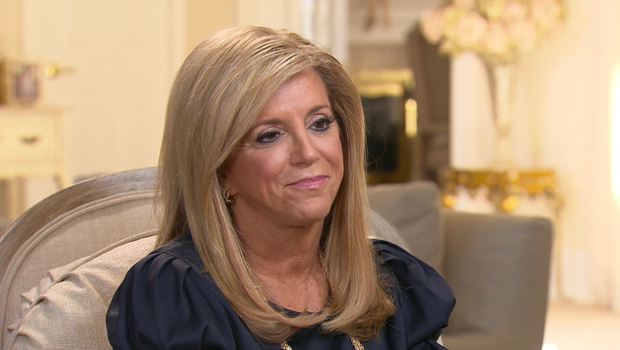 Joy Mangano is the inspiration for a movie that's been cleaning up at the box office. Bill Geist has her story:

A film with no romance, no explosions, no outer space ... "Joy" is a movie about a mop.

But not just any mop -- the Miracle Mop!

The title character is played, miraculously, by Jennifer Lawrence, who this past week received both an Oscar nominationan and a Best Actress Award at the Golden Globes, where she thanked someone special: Joy Mangano, the real-life Joy, whose life story is told in this mostly-true modern-day Cinderella tale.

"I get a phone call and they said, 'We are gonna make a movie about your life story,'" Mangano recalled. "And shortly thereafter they said, 'David O. Russell is on the phone to talk to you,' and I'm thinking, Oh my gosh, this is really happening!When is a mop the star of a movie?"

"The first thing that struck me was the unlikeliness," Russell said. "It's not a flashy story. The fact that we did something about an ordinary person from an ordinary town who created ordinary items that people love, and it's about her soul and about her empowerment, that was the dare we took."

In 1990 Joy was a down-and-out Long Island single mother raising three kids. She scrounged some seed money and began making mops in her father's garage.

As seen in the movie, Joy tried to sell her mops anywhere imaginable. She finally got a shopping network executive (played by Bradley Cooper) interested in selling her mops on TV.

But the network didn't want Joy to sell them ("We don't have regular people; we have celebrities and spokesmodels do the selling," said Cooper's exec).

She convinced QVC to put her on the air, and Joy sold 18,000 mops in 20 minutes. The rest is TV shopping history.

Somehow Joy Mangano to know what we need before we do. She holds more than a hundred patents on helpful household items, and in 2000 she introduced the Huggable Hanger, a product that did have its doubters. "Everybody said, 'A hanger's a hanger a hanger,'" Mangano said. "Not the case."

She showed Geist her closet: "Your closet looks pristine, and you'll feel so good every day when you open your closet."

"I will," Geist assented.

She's sold seven hundred million Huggable Hangers. These days Mangano is a star, and despite her great success, she can't stop mopping -- and selling. "Oh I do. I do more mopping, yeah. I am a cleaning fanatic."

The latest miracle? A new-and-improved Miracle Mop. Mangano sold nearly a quarter-million of them during a 24-hour marathon on the HSN Channel this month (including one special customer).

Last weekend she launched a full line of her products in retail stores.

Mangano said, "It warms my heart more than anything when somebody comes up to me and says, 'You inspired me to do this.'

"For me personally, I feel even more pressure to do more."

To watch a trailer for "Joy" click on the player below.

Promoting the power of kindness