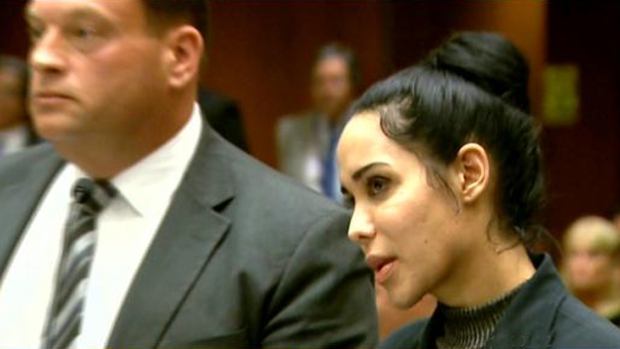 LOS ANGELES - "Octomom" Nadya Suleman, who became famous in 2009 by giving birth to octuplets, has pleaded no contest to a single count of misdemeanor welfare fraud for failing to disclose income she was receiving from videos and personal appearances while accepting public assistance funds.

Suleman's attorney, Arthur J. LaCilento, says she was sentenced to 200 hours of community service, two years of probation and ordered to pay a small fine.

She was originally charged with four felonies.

In addition to the eight children she gave birth to in 2009, she has six older children who, like the octuplets, were conceived by in-vitro fertilization.