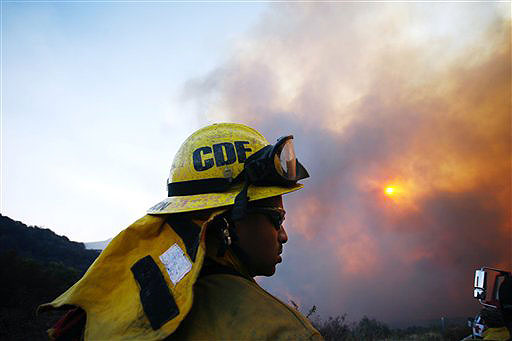 A report by the Center for Marine Conservation says the world's oceans are doing poorly.

CBS News Correspondent Howard Arenstein reports the biggest problem singled out by the study is polluted runoff from farms and cities. The center says a "toxic brew" consisting of everything from pesticides, fertilizers and animal wastes to oily runoffs from urban parking lots is causing a lot of the pollution.

An example of the seriousness of the situation is the number of beach closings the nation experiences each year.

The center says this is everybody's problem -- since one out of six U-S jobs is marine-related and 180 million Americans travel to the beach every year for recreation.

"Our oceans should be a national priority," argues Vice Admiral Roger Rute, president of the Center for Marine Conservation, who calls the overall state of America's oceans "poor."

The Health of the Oceans report says nearly 40 to 45 percent of the ocean water surrounding America is not suitable for either fishing or swimming.

When Home Fallout Shelters Were All the Rage

Can bees lead to a longer human life span?

Marine debris and pollution were the cause in most cases, according to the report.

In 1998 more than 7,200 beach closures or advisories were issued because the beaches or their water posed some type of human health risk.

The report also says several marine mammal, sea turtle, and bird species are in danger of extinction, in large part from entanglements in fishing gear.

The group warns that overfishing, both commercial and recreational, is a problem for ten percent of all species of fish in the United States, with fish being caught at a rate so high they cannot reproduce quickly enough to sustain the species.

The study authors also sound the alarm on real estate development which has increasingly encroached on habitats essential to ocean life, such as spawning streams, wetlands, and seagrass beds. The study says the U.S. has lost about half of its wetlands to real estate development and continues to lose about another ten percent, some 100,000 acres, each year.

With an eye towards solutions, the report compares the way the U.S. handles environmental protection on land and preservation of ecosystems in the oceans. Four percent of U.S. land is under some kind of wilderness protection, but less than half of one percent of U.S. ocean waters are under similar safeguards.

You won't have to be a scientist to notice some of the changes ahead. "Consumers should be aware that a number of the popular fish that they find on their local menus and in neighborhood markets are overfished. Species like red snapper, shrimp, orange roughy and shark are all in danger," says Rufe.

The report makes a number of recommendations for improving the health of the oceans:

The issuing of the report marks a new phase of activism by the nearly 30-year-old environmental group, which plans study the same indicators of ocean health annually and release progress reports on where improvements and problems are found.