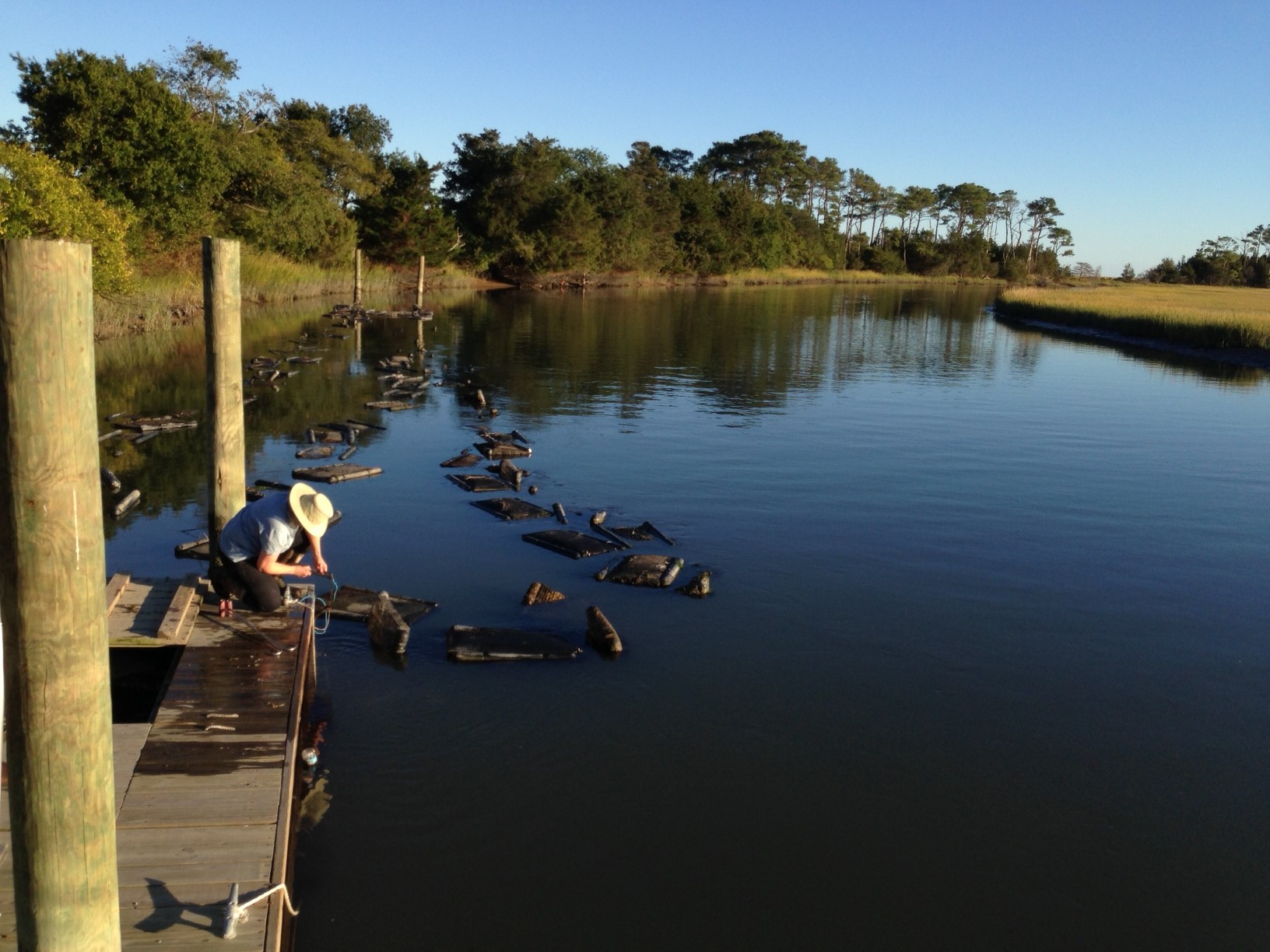 If there was a frontline in the fight over climate change, a good place to start might be oyster farms in places like the Pacific Northwest or the East Coast.

A new study published Monday in Nature Climate Change warned fisheries producing oysters and clams across the United States will be "vulnerable" in the coming decades to ocean acidification, a process where increasing amounts of carbon dioxide make the water more acidic. In turn, that makes it more difficult for mollusks, crabs and corals to grow their shells.

In the first nationwide assessment, scientists from University of California at Davis, Ocean Conservancy, Duke University and National Resources Defense Council found the process was more widespread than previously thought and that 16 of 23 coastal regions across the U.S. will endure "rapid acidification" by mid-century.

The study comes at a time when the industry is on the upswing, with farms booming and demand rising for oysters, especially in places like New York City. In Maine alone, the numbers of farms went from four to 65 in 2013, producing some 2 million oysters.

But that growth is in danger.

"Ocean acidification has already cost the oyster industry in the Pacific Northwest nearly $110 million, and jeopardized about 3,200 jobs," said Julia Ekstrom, who was a lead author on the Nature study and leads the Climate Adaptation Program at UC Davis. "Our research shows, for the first time, that many communities around the U.S. face similar risks."

Factoring in a region's economic dependence on the industry and local environmental conditions such as agriculture runoff that might exacerbate ocean acidification, the study identified 15 states most at risk from the impacts. They include Massachusetts, New Jersey, Virginia, Washington, Oregon, Connecticut, New York, Rhode Island, Maine, Florida, North Carolina, California, Louisiana, Maryland and Texas.

"Our analysis shows acidification will harm more than ocean creatures; it will have real impacts on people's lives," said Lisa Suatoni, NRDC Oceans Program Senior Scientist. "It will pinch pocketbooks, it will put livelihoods at risk, and it will alter the fabric of communities all across the country."

In response the study, some in the industry are calling for increased research to understand the impacts of ocean acidification on fisheries. They also want authorities to stem the flow of the nitrogen-rich runoff mostly from agriculture but also from sewage that are polluting waters along the East Coast and causing oxygen-depleted dead zones in places like the Gulf Coast.

"Some coastal waters are already experiencing conditions that shellfish larvae cannot tolerate, but the chemistry is complex and there are still many unknowns about how corrosive conditions will impact not only shellfish (such as oysters, clams and mussels) but also lobster, shrimp and other organisms that form the base of the marine food chain," Bob Rheault, executive director of the East Coast Shellfish Growers Association, said in an op-ed that accompanied the study.

"Given the importance of seafood to global nutrition and coastal economies, it is increasingly important that we conduct critical scientific research so we can better predict how various organisms will react to increasingly corrosive waters in the coming years," he said. "We need to develop strategies that will help us mitigate and adapt to rapidly changing conditions. Biological research, selective breeding and technological innovation will be critical for our industry to adapt to the challenges that lie ahead."

Ekstrom also said work needs to be done to make these coastal communities aware of the threat and to ensure that places like southern Massachusetts - a region which depends more than any other in the country on shellfish- can start to adapt to by diversifying their economies or shifting into other fisheries.

"It doesn't mean getting out of shell fishing but we need to understand better what it means to them," Ekstrom said. "They are going to be the ones who can figure out how to become resilient to these global changes."

Despite the dire predictions, many in the industry point to the Pacific Northwest as a lesson on how the industry can combat the threat. Hit by acidic waters that decimated shellfish hatcheries in 2007 and 2008, the industry made up of some 120 farms has recovered in part by installing monitoring systems in hatcheries that ensure the waters are safe for their oyster larvae.

"Oyster hatcheries here are chemically buffering their waters to reduce the corrosiveness, exploring ways to reduce other stressors on the organisms in the hatcheries, and developing breeding programs to help find strains that are more resistant to ocean acidification," Oregon State's George Waldbusser, another co-author, said by email.

"So for now, the industry here has adapted in the short-term," he said. "However, there are always limits to adaptation, we can only engineer so much, and for shellfish species that don't have established hatcheries, meaning they are wild spawned, the possibilities are far less. Ultimately we need to remove the primary causes of ocean acidification if we value shellfish for their economic and ecological roles."