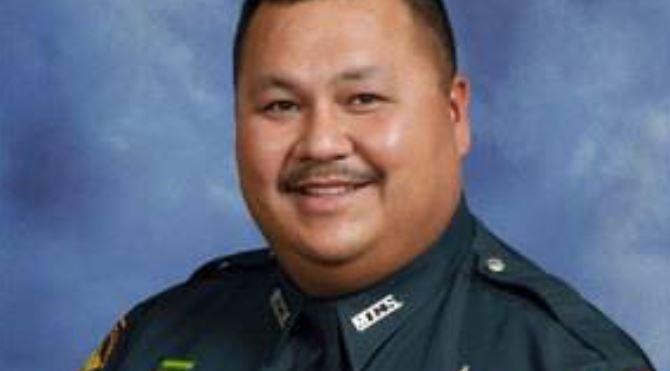 OCALA, Fla. -- A Florida school resource officer is being praised for quickly confronting the gunman during a shooting at a high school that injured one student Friday. The shooting happened Friday morning at Forest High School in Ocala, which was put on lockdown. The wounded student, a 17-year-old boy, was taken to a local hospital for treatment of a non-life threatening injury to his ankle.

Bouche, a former student, carried a shotgun in a guitar case into the school by blending in with students, said Craig Ham, deputy superintendent of Ocala schools operations. Ham told reporters the shooter fired at the bottom of a classroom door, which was locked, and pellets struck the victim in the ankle.

"I just shot through the door," Bouche told reporters as he was being led away by deputies Friday afternoon.

The sheriff said the suspect was not injured, was not fired at, and was arrested without resistance.

"Marion County does everything to protect their children," Woods said.

Woods praised the quick response by Long, as well as school personnel and first responders.

The shooting comes just over two months after a gunman killed 17 people and wounded 17 others at Marjory Stoneman Douglas High School in Parkland, Florida. Nikolas Cruz, 19, faces the death penalty if convicted in that shooting.

In the Parkland shooting, school resource officer Scot Peterson stepped down amid accusations he did not do enough to confront Cruz. Video shows Peterson taking up a tactical position outside a school building, but he "never went in" as shots rang out inside. Broward County Sheriff Scott Israel said Peterson "clearly" knew there was a shooter and that he should have confronted the gunman.

Peterson has said he believed the shooter was outside and followed his training.

In the Ocala incident, Chris Oliver told the Ocala Star-Banner that his 16-year-old son, a Forest student, told him the shooting happened near his classroom Friday morning. The boy told Oliver the shooter stood in a hallway and fired at a closed classroom door. The shooter then dropped the weapon, ran and tried to hide, the boy told his father.

Prepared for such alerts, students and teachers leapt into action to barricade the classroom's one door and block the door's window.

Mailhiot said about 15 people in the classroom waited over 30 minutes to be evacuated by Ocala police. They were instructed to leave with their hands up, he said.