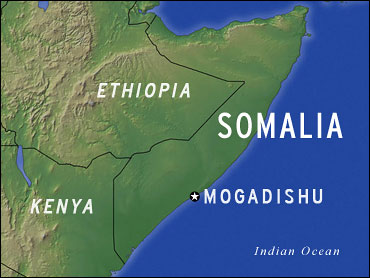 This column was written by Jonathan Stevenson.

Somalia, a genuine failed state, ranks alongside Sudan as the world's most conspicuous candidate for American attention in the early days of Barack Obama's administration. Last week, capping a series of territorial gains across the country, Islamist insurgents seized the port of Merka, and appeared poised for an offensive against the capital city of Mogadishu 60 miles to the north. Aspiring jihadists, averse to the risks posed in Iraq and Pakistan, are increasingly flocking to Somalia, which is 97 percent Sunni Muslim. At the same time, Somali pirates have become a significant maritime menace, with press reports suggesting that they are driving up prices of goods worldwide. Almost two years ago, U.S.-supported Ethiopian troops ousted the de facto government run by the Al Qaeda-linked Islamic Courts Union (ICU) from Mogadishu, installed an internationally recognized secular transitional government formed in exile, and remained in-country to support it along with an anemic African Union (AU) contingent. But the Ethiopians can't afford to stay much longer, and their repressive tactics have lost Somali hearts and minds, allowing the Islamists to regain social as well as military traction. Earlier this month, in a brutally populist application of sharia law, a 13-year old girl was stoned to death in the southern Somali city of Kismayu for alleged adultery in a stadium packed with 1,000 spectators.

The upstart al-Shabaab--meaning "youth"--faction of the ICU has become a political spoiler. On October 29, the group executed five coordinated suicide car-bomb attacks against transitional government and U.N. targets in different locations around the country, killing about 30 people and accelerating a trend of rising jihadist violence against local civic leaders and international aid workers perceived as pro-Western. Significantly, al-Shabaab targeted the northern city of Hargeisa, the seat of government of the relatively safe and successful quasi-state of Somaliland, even as the transitional government was making progress in Nairobi towards an orderly Ethiopian withdrawal. The threat the ICU posed in late 2006 has thus re-materialized: that Islamists will Talibanize Somalia and nurture a regional base for jihadism that exports insecurity and instability.

If the résumés of his likely foreign-policy advisers are any indication, President-elect Barack Obama does not intend to ignore Africa. Susan Rice, a strong contender for national security adviser, was assistant secretary of state for African affairs in the Clinton administration. Samantha Power, also prominently mentioned, wrote the Pulitzer Prize-winning A Problem from Hell, a passionate chronicle of the Rwandan genocide and critique of the United States' failure to intervene. In the 2,000-strong Combined Joint Task Force-Horn of Africa, based in Djibouti, Africa Command (AFRICOM), the United States' new combatant command dedicated to Africa, has the means of bolstering secular Somali militias (or more Ethiopians) against Islamist forces. But that has not produced sustainable stability in the past and isn't likely to do so now, and would only stoke Africans' fears of American militarism. Further, constricted budgets and two wars elsewhere will call for judiciously set priorities.

Soft rather than hard power should be the United States' instrument of choice on the continent, and in Somalia. So what about an audacious diplomatic American approach to Somalia? The fraught 1992-93 U.S.-led humanitarian intervention, U.S. backing for Ethiopia, and civilian casualties caused by recent American counterterrorism strikes have eroded Somali respect for the United States. But Obama's singular status as the first African American president substantially renews American diplomatic credibility with all Africans, including Somalis.

Expending political capital on such a knotty problem--over a dozen transitional governments have tried and failed over the past 17 years--might seem imprudent at first blush. But the Somalis' very recalcitrance has yielded such low expectations that very little would actually be at risk. Moreover, an earnest attempt at conflict-resolution in Somalia would enable Mr. Obama to showcase the differences between him and his predecessor.

Mr. Bush was a self-described "gut player," uninterested in the cultural subtleties of other peoples, and it showed in a foreign policy that was often ineffective on account of its insensitivity. By contrast, Mr. Obama is surrounding himself with true regional experts, including Africanists who have made it their business to understand Africans and their politics in all their complexities. Somalia's notorious clan system makes for extreme political atomization, and makes any power-sharing solution an especially daunting prospect. Yet the clan network also disperses power from the bottom up, and, properly harnessed, could systematically limit the trajectory of a top-down movement like radical Islamism.

Mr. Obama's prospective team also has extensive experience on the volatile international stage of the 1990s, when the Clinton administration pragmatically--and usually successfully--backed high-level diplomacy with the selective, and therefore credible, use of military force in the Balkans and elsewhere. Thus, they understand one of Mr. Obama's most provocative campaign positions: be open to talking to your enemies.

To be sure, al-Shabaab are bad guys. Members of the group's core leadership are believed to have trained in al Qaeda camps in Afghanistan, it has sought to expel transitional government forces, AU peacekeepers, and Ethiopians troops through insurgency tactics, and supports forming an anti-Western Islamic state. Yet it was a mistake for the Bush administration to include al-Shabaab on the State Department's list of proscribed terrorist organizations. That move, along with a U.S. airstrike in May that killed Aden Hashi Ayro, al-Shabaab's leader, needlessly glorified and antagonized the group; pushed it closer to Al Qaeda; spurred it to expand its target set to any Somalis associated with the West, including local aid workers and community leaders; attracted foreign jihadist recruits; and politically inhibited any U.S. moves towards positive engagement.

Conversely, removing it from the list--as the Clinton administration de-listed the Provisional Irish Republican Army to advance U.S.-brokered talks--could induce al-Shabaab to enter into all-party negotiations with an eye to integrating it--and the ICU--into government and thus co-opting them. Although al-Shabaab would likely continue to be a potential spoiler, nudging it into a negotiating framework that offered some political legitimacy would also make it more susceptible to compromising with moderate Islamists, who are in turn more inclined to deal non-violently with the secular transitional government and with the United States. Sinn Fein's doves, after all, were better able to control the IRA's hawks once the IRA had been de-listed.

High political dividends could be achieved with relatively low financial and bureaucratic investment by coordinating U.S. efforts with and through the AU's larger peace and security agenda. Useful precedents include President Clinton's diplomatic intervention in the Northern Irish "troubles" and President Bush's in the north-south conflict in Sudan. In both cases, the president's appointment of a seasoned and dedicated special envoy with influence and gravitas--former Senator George Mitchell and former Senator John Danforth, respectively--ultimately produced formal political settlements on a non-threatening multilateral basis.

The goal in Somalia would be negotiated state-building. Perhaps U.N.-sanctioned special political status for Somaliland that could qualify it for international aid and protection, in recognition of its largely self-generated order and viability, should be on the table to create incentives for the more unruly militias in southern Somalia to reach political compromises. Even if a diplomatic foray by the Obama administration does not yield immediate success, striking a salutary keynote of multilateral diplomacy would help alleviate African worries about AFRICOM and the militarization of U.S. Africa policy. And returning to Somalia--the notorious site of U.S. military failure around fifteen years ago, which drove its sustained disengagement from Africa and emboldened Al Qaeda--would decisively signal a renewed commitment to the continent.
By Jonathan Stevenson
Reprinted with permission from The New Republic 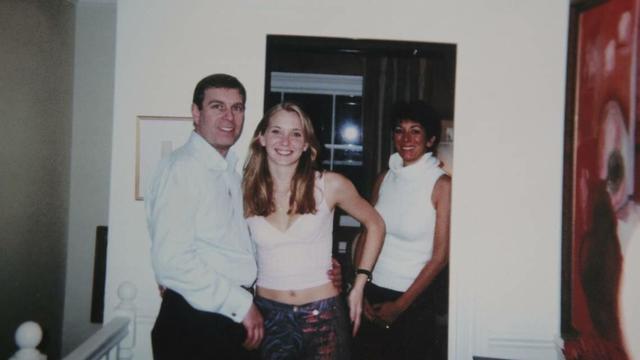 Who is Prince Andrew, the U.K. royal linked to the Epstein case?

A number of scandals have surrounded the royal's friendship with billionaire sex offender Epstein, who was found dead in his New York jail cell