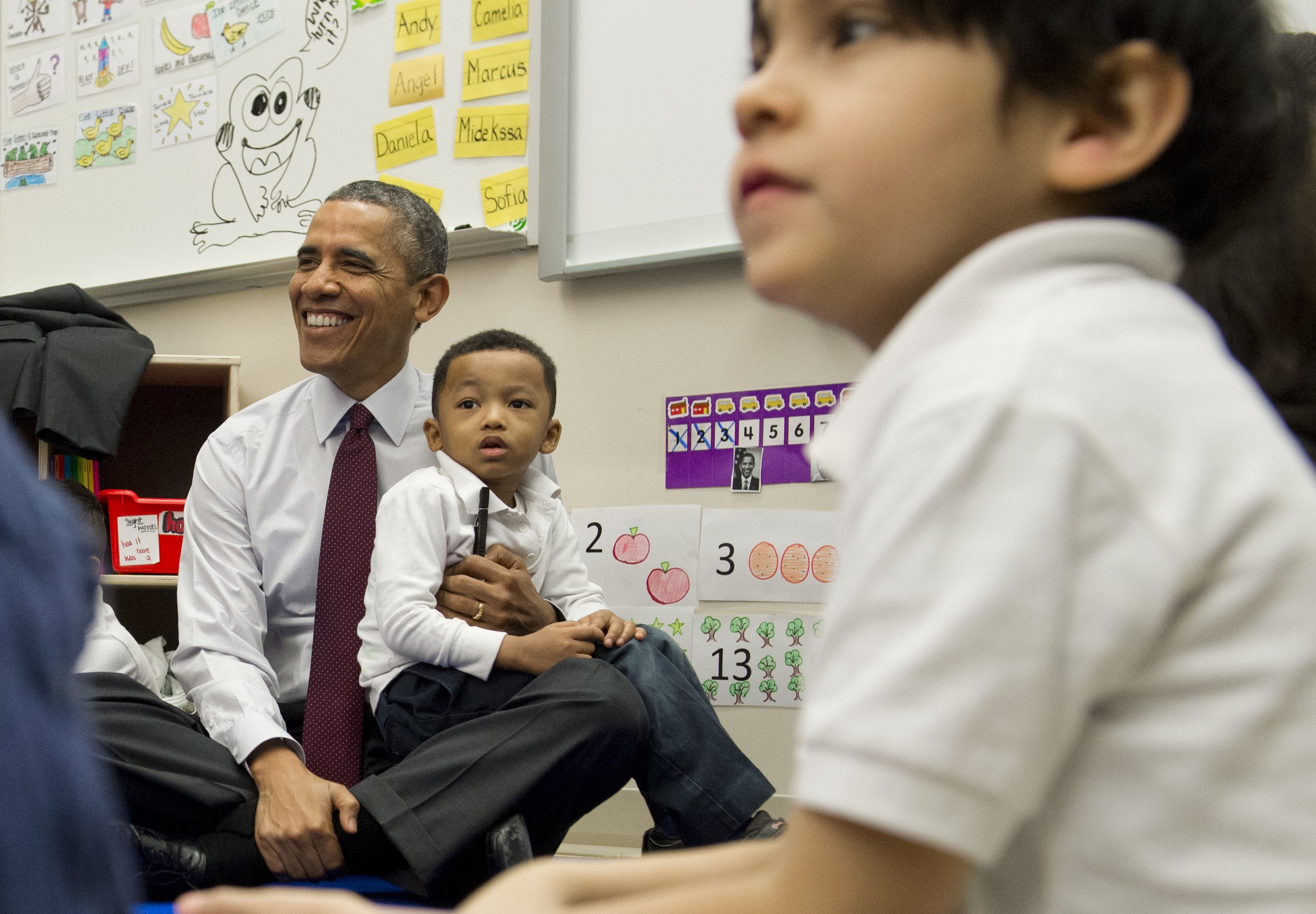 President Obama on Tuesday laid out a $3.9 trillion budget proposal for 2015 that is unlikely to have much of an impact in Congress but stands as a reaffirmation of Democratic priorities ahead of the midterm elections.

"The budget is not just about numbers, it's about our values and it's about our future," Mr. Obama said from a classroom at Powell Elementary School in Washington, D.C. The setting illustrated the Democrats' insistence that, in spite of conservative concerns about government spending, investments in areas like education and infrastructure will pay off.

"These kids may not be the most excited people in town on budget day, but my budget is designed with their generation and future generations in mind," the president said. "It is a road map for creating jobs with good wages and expanding opportunity for Americans. And, at a time when our deficit has been cut in half, it enables us to meet our obligations to future generations without a mountain of debt."

Spurning continued Republican calls for robust deficit reduction, Mr. Obama has left out the 2015 proposal the controversial Social Security cuts that he included in past budgets. It instead calls for ambitious investments in transit infrastructure, paid for through tax reform, and the expansion of programs designed to reduce poverty like the Earned Income Tax Credit (EITC).

The EITC, Mr. Obama said, is widely recognized as "the most effective and historically bipartisan ways to reduce poverty and help hard-working families pull themselves up."

"Right now, it helps about half of all parents in America at some point in their lives," he added. "This budget gives millions more workers the opportunity to take advantage of the tax credit. And it pays for it by closing loopholes like the ones that let wealthy individuals classify themselves as a small business to avoid paying their fair share of taxes."

While hewing closely to the 2015 spending levels Congress has already agreed to, the budget includes an additional $56 billion -- all paid for -- in spending for the president's "opportunity, growth and security initiative." The initiative would fund more "manufacturing hubs" across the country, provide more funding for reforming job training programs, and it would fund early childhood education programs like pre-K programs and Head Start.

Given that Congress has already passed a two-year budget agreement, Senate Budget Committee Chairwoman Patty Murray, D-Wash., said the Senate doesn't even plan on voting on a separate 2015 budget proposal.

"Fiscal Year 2015 is settled, the Appropriations Committees are already working with their bipartisan spending levels, and now we should work together to build on our two-year bipartisan budget, not create more uncertainty for families and businesses by immediately relitigating it," she said in a statement last week.