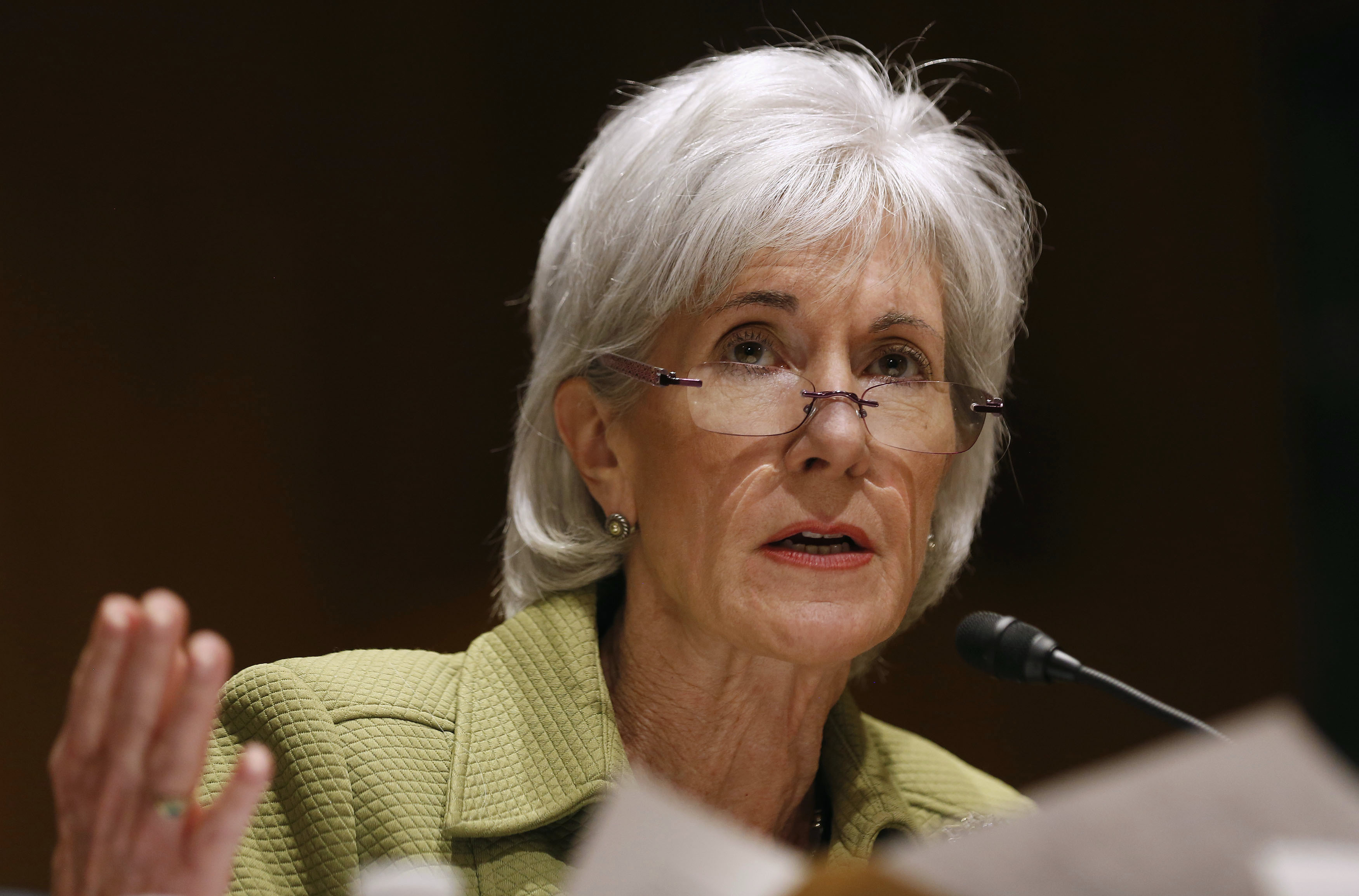 WASHINGTON Enrollment for the president's health care law has grown to 7.5 million Americans, the Obama administration announced Thursday, handing President Barack Obama and the Democrats bigger coverage numbers to tout in the face of election-year attacks.

Sign-ups for the law stood at 7.1 million last week, but people who had started signing up when the enrollment period closed March 31, or who had trouble signing up, were given extra time to finalize their applications. Four hundred thousand more have now done so, Health and Human Services Secretary Kathleen Sebelius said in testimony before the Senate Finance Committee. Sebelius said she expects the figure to continue to grow.

The original number already exceeded expectations, a surprise success after a disastrous roll-out and welcome news for Democrats who've been forced to defend their support for the unpopular law derided by critics as "Obamacare." Democratic senators took turns Thursday praising the robust sign-up numbers.

"We now know millions of people who have directly benefited from the Affordable Care Act," said Sen. Ben Cardin, D-Md., while bemoaning that "we're still stuck in this repeal, not repeal mode, particularly in the House of Representatives, and that's not doing a service to the people of this country."

Indeed, the new figure seemed unlikely to tamp down Republican attacks over the law and its new requirement for Americans to carry insurance or face penalties. The GOP sees discontent over the law as a winning political issue heading into November midterm elections where Republicans are aiming to defend their control of the House and perhaps retake the Senate.

Sen. Orrin Hatch, R-Utah, questioned the administration's coverage figures, noting that it's not known how many of the people who've signed up have actually sealed the deal by paying their first month's premium, or how many already had health insurance before the law went into effect.

"So far, it appears that the administration is hoping that the public will ignore these important questions and only focus on the number of claimed enrollees," Hatch said.

The Blue Cross Blue Shield Association says that 80 percent to 85 percent of the people who had enrolled with Blues plans through the health insurance exchanges had paid their premiums as of Feb. 1, which would represent a significant reduction over the administration's raw numbers.

People who started signing up during open enrollment but didn't finish have until April 15 to finish signing up for coverage, while people who encountered any one of a number of problems that might have kept them from signing up are eligible for a so-called "special enrollment period" that would bring another 60 days to sign up.

The 7.5 million represents people who've sought insurance from private companies through new on-line marketplaces created by the law. The law also includes an expansion of Medicaid, and 3 million more Americans have obtained insurance that way, the administration has said.

People who are eligible for the law's Medicaid expansion can sign up at any time of the year, but with limited exceptions, insurance companies have stopped selling individual policies outside the new government-sponsored health care markets until the next open enrollment season, which starts Nov. 15.