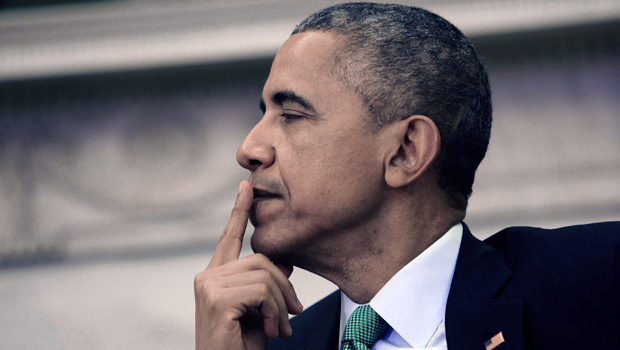 WASHINGTON -- The Obama administration admonished Israeli Prime Minister Benjamin Netanyahu's political party on Wednesday, accusing it of using anti-Arab rhetoric ahead of the Israel election. A spokesman said President Obama still believes in Palestinian statehood - even if Netanyahu no longer does.

In its first public response to Netanyahu's triumph in the election, the spokesman said the White House was "deeply concerned" about divisive language emanating from Netanyahu's Likud Party. White House press secretary Josh Earnest said the party had sought to marginalize Israel's minority Arabs, an apparent reference to social media posts the Likud distributed that warned Israelis about the danger of high turnout by Arab voters.

"These are views the administration intends to convey directly to the Israelis," Earnest said.

And while Earnest said Mr. Obama would be calling Netanyahu to congratulate him on his victory, he acknowledged the U.S. would have to re-evaluate the best way to bring about a two-state resolution to the Israeli-Palestinian conflict - a cornerstone of U.S. Mideast policy for years. In a veer to the right just before the election, Netanyahu reversed his former position and said he now opposes the creation of a separate Palestinian state.

"Based on those comments, the U.S. will evaluate our position going forward," Earnest told reporters traveling aboard Air Force One on a flight to Cleveland for an event focused on U.S. manufacturing.

Secretary of State John Kerry spoke to Netanyahu shortly after the election to congratulate him, Earnest said, and Mr. Obama was to do the same in the days ahead. Downplaying any suggestion the president was delaying that call, Earnest pointed out that after previous Israeli elections, Mr. Obama had waited until the Israeli president had formally tasked the leading candidate with forming a new government. Israel's largely ceremonial president is expected to take that step soon.

Earnest said he didn't expect Netanyahu's victory to have a negative impact on nuclear negotiations the U.S. and world powers are conducting with Iran, noting that the Israeli leader's views on the issue are well known. Netanyahu railed against those talks earlier this month in a speech to Congress that was perceived as a rebuke to Mr. Obama.

Netanyahu drew criticism as Israelis were voting Tuesday after a midday post on his Facebook page contended high Arab voter turnout was endangering his Likud Party's rule. "Arab voters are going to the polls in droves. Left-wing organizations are bringing them in buses," he said.