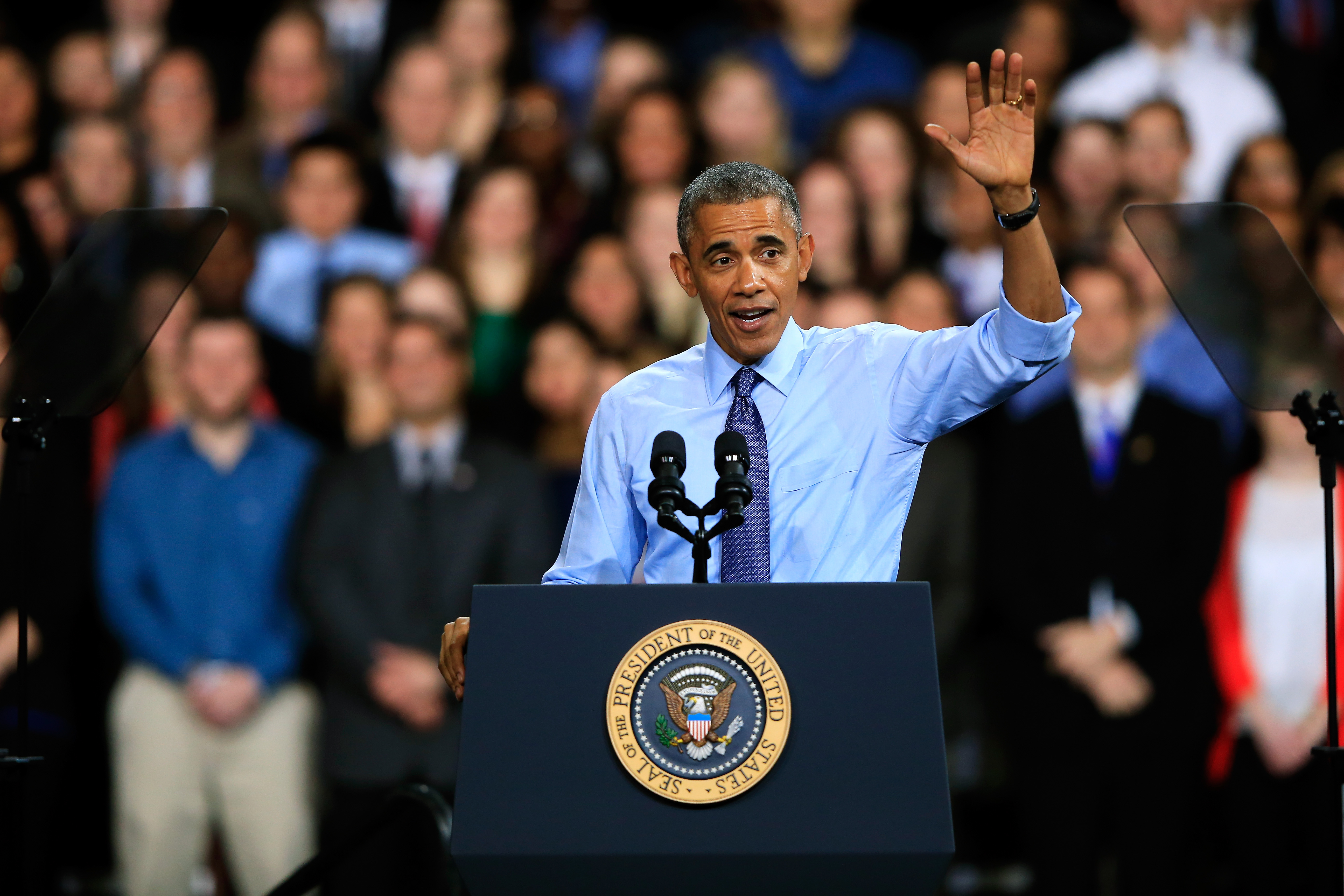 Echoing an argument he put forward in his State of the Union address Tuesday night, President Obama told an audience at the University of Kansas on Thursday that if the United States could provide "universal childcare" in the 1940's, it should be able to now.

When his grandmother worked as a bomber assembly line in Wichita during World War II, Mr. Obama said, "this country provided universal childcare because they understood if women are working, they're going to need some help... Research shows that it was good for the kids, good for the parents, but we stopped doing it."

In 1942, in the wake of the Great Depression, the nation set up funding for nursery schools under the Works Progress Administration -- Time magazine reported on the issue back in July 1942. After the WPA closed in 1943, the nursery schools were subsidized with Defense Department funding and the program provided nearly universal childcare. The program was shut down after World War II ended.

It's doubtful the Republican Congress will support the proposals Mr. Obama put forward in his State of the Union address, so he's spending this week building public support for them. Before speaking at the University of Kansas, Mr. Obama stopped by a childcare center that serves 48 children through the Head Start program, which provides education and other support to children under age five from low-income families.

A day earlier, Mr. Obama went to Idaho to promote his 2015 agenda. In both Idaho and Kansas, Mr. Obama stressed that Democrats and Republicans should be able to get past their differences.

"This is exactly why I've come back to Kansas today," he said. "We're all supposed to be on the same team."