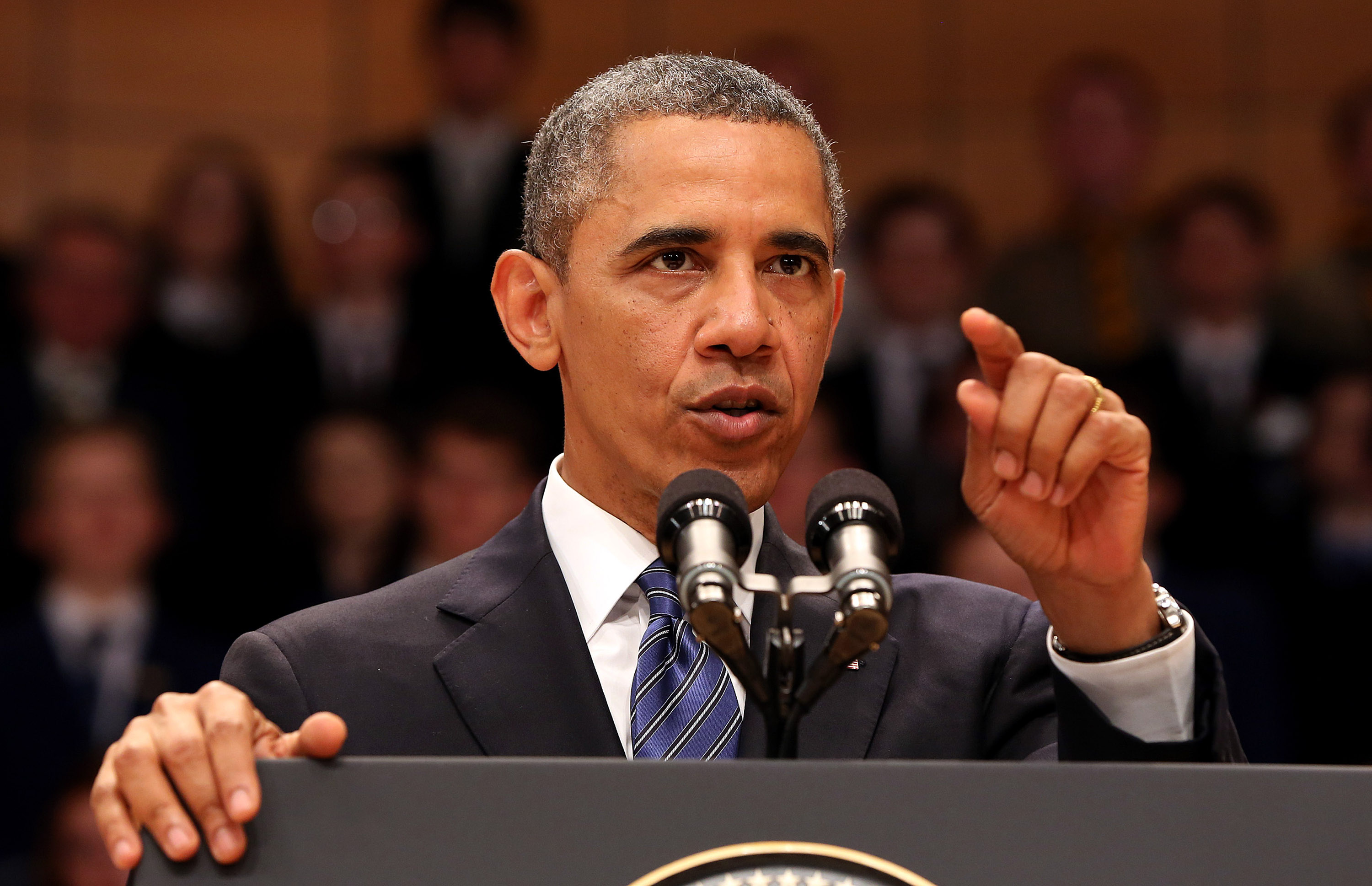 BELFAST Fifteen years after the Good Friday Agreement brought a tenuous end to decades of "Troubles" in Northern Ireland, President Obama came to its capital city Monday to address young people at the Belfast Waterfront Hall.

"You are the first generation in this land to inherit more than just the hardened attitudes and the bitter prejudices of the past," he said. "You're an inheritor of a just and hard-earned peace."

The speech was, at times, decidedly serious, with the President mentioning the 1998 car bombing at Omagh which took the lives of 29 and injured another 220. But many of those in attendance were barely born when an Irish Republican Army splinter group blew up that street, and the President often struck a more personal tone in an effort to connect with the younger set. (Before the President starting speaking, a rather festive DJ warmed the crowd up, and nearly everyone in this particular audience seemed more than familiar with the lyrics to One Direction's "Live While We're Young." Two-thirds hailed from area schools. While Sasha and Malia Obama were on-site, they weren't seen publicly).

The President referenced his 2010 visit to Moneygall, where his great-great-great grandfather was born. He trotted out a line he's used state-side, on the topic of his recently-discovered Irish ancestry.

"I only actually identified this individual and this place a few years ago," he said. "When I was first running for office in Chicago, I didn't know this. I wish I had. But in Chicago, it worked out okay -- they'd look at my last name and say, 'oh, look, there's an O'Bama from the homeland running on the South Side -- so he must be Irish, but I haven't heard the Gaelic name Barack!'"

"While we were in Moneygall," he continued. "I met my eighth cousin, Henry -- also known as Henry the Eighth. I knew he was my cousin, because his ears flapped out just like me." Both the President and his audience laughed.

Following a disastrous performance by 24-year-old Northern Ireland native Rory McIlroy at the U.S. Open outside Philadelphia on Sunday, the President -- who is now attending the G8 Summit at Northern Ireland's Loch Earn Golf Resort -- said this: "I am unhappy that I will not get a few rounds in while I'm here. But I did meet Rory McIlroy last year, and he offered to get my swing 'sorted' -- I suppose a polite way of saying, 'Mr. President, you need some help.'"

Mr. Obama received his biggest applause when referencing the new, modern Belfast, where, "students lounge at cafes, asking each other, "What's the craic?" which in this part of the U.K., apparently means "gossip."

The crowd grew quiet as the President grew more pensive, drawing a link between the American Civil War and the 30 years of Troubles faced by the people of Northern Ireland: "Our Civil War was far shorter than the Troubles, but it killed hundreds of thousands of our people, and the legacy of slavery endured for generations. Even a century after we achieved our own just and lasting peace, we were not fully united."

"When I was a boy," he said, "many cities still had separate drinking fountains and lunch counters and washrooms for blacks and whites. My own parents' marriage would have been illegal in certain states. And someone who looked like me often had a hard time casting a ballot, let alone being on a ballot."

He deviated from his prepared remarks to draw in his daughters: "Malia and Sasha's generation have different attitudes about race," he said. "Each successive generation creates a new space for peace."

He then provided this insight from the American experience: "Still, over time, laws changed, and so did hearts and minds, driven sometimes by courageous lawmakers, but more often by committed citizens. And while we have work to do in many ways, we have surely become more tolerant, more accepting, more willing to see our diversity not as something to fear, but as a source of our national strength."

The President closed by telling the audience that they had something the previous generation did not: "an example to follow."