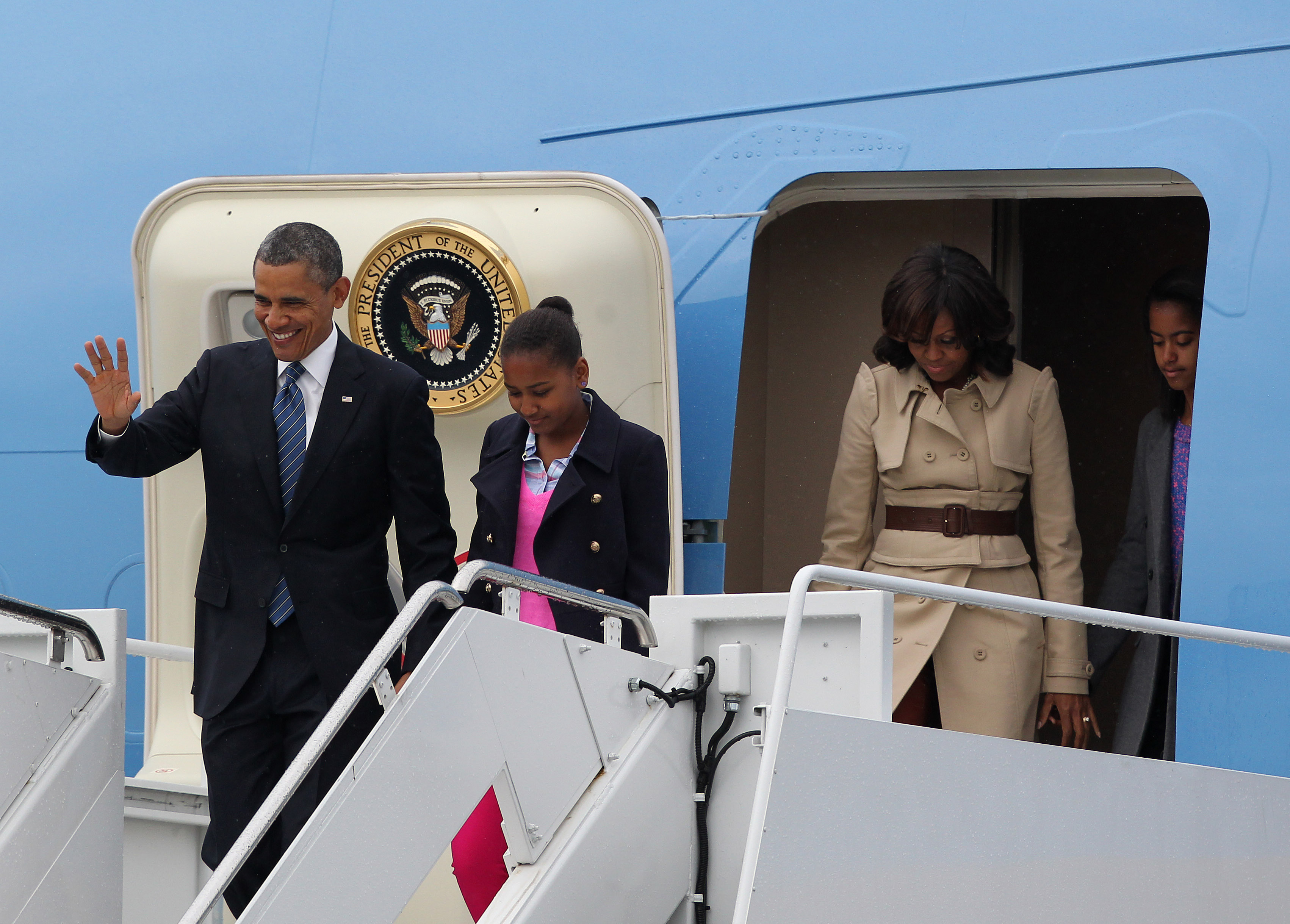 Soon after his arrival he appealed to Northern Ireland's youth to sustain their peace in his first opportunity to highlight the role the United States has played helping bring about reconciliation in the country.

He delivered a speech to a largely young audience at the Belfast Waterfront Hall, where President Clinton delivered his 1998 address to Northern Ireland.

While Clinton urged the public to "rise above feuds, not fuel them," Mr. Obama spoke hopefully of the future.

"You are the first generation in this land to inherit more than just the hardened attitudes and the bitter prejudices of the past, you're an inheritor of a just and hard-earned peace," Mr. Obama told his audience. His speech didn't deviate from the subject of Northern Ireland's emergence from a past fraught with sectarian violence and hatred.

Following the speech, Mr. Obama was to move to the Lough Erne Golf Resort for the G8 economic summit. While it was unclear whether any of the world leaders would make it onto the links for a round of golf, the president was scheduled to arrive by helicopter on the 14th hole of the Faldo Course, named for golf legend and course designer Sir Nick Faldo.

Syria, North Korea and Iran were to be dominant topics of the summit, followed by discussions on the global economy and contentious issues surrounding international corporate taxation.

While the British and French were strong advocates of getting the European Union arms embargo on Syria lifted, theoretically enabling the flow of weapons to rebel groups, the Germans have remained far less enthusiastic about any real involvement, so there is no consolidated European position on this particularly fraught issue.

On Thursday, British Prime Minister David Cameron welcomed the U.S.' latest chemical weapons assessment, which claimed strong evidence that Syrian President Bashar Assad had used small amounts of chemical weapons against his own people during the conflict. It was based on that assessment, according to the White House, that Mr. Obama made the decision to begin supplying select rebels with military assistance.

Other G8 leaders were expected to push Mr. Obama to articulate his intentions, as well as what sort of assistance he really plans on sending, and when.

The last time the President met with Russian leader Vladimir Putin was at the G20 summit in June 2012 -- an encounter remembered as much for its frosty body language as anything said by either man.

Syria will be the primary topic of their meeting on Monday evening, but the leaders were also expected to discuss nuclear weapons, arms control and missile defense, Afghanistan, counter-terrorism, and ways to improve economic and commercial ties between the two powerful nations.

Russian Foreign Minister Sergey Lavrov and other Russia officials have cast doubt on the Obama administration's claims of evidence that Assad's forces have used chemical weapons, including sarin gas.

Advisers to President Obama say Russia has articulated to the U.S. that it doesn't want to see a "downward spiral" in Syria, and is particularly concerned over the prospects of extremist elements now fighting alongside the rebels gaining a foothold in Syria.

Russia has vetoed every United Nations Security Council effort to bring tough new sanctions against the Assad regime, and the Kremlin still insists a political solution is the only viable option. The U.S. government, its European allies and the Syrian opposition itself, have been thus far unwilling to consider any political transition which doesn't begin with Assad's exit from power.

CBS News chief White House correspondent Major Garrett reported on "CBS This Morning" that, while the U.S. and Russia spy on each other all the time, the revelations could give Putin even more reason to resist Mr. Obama's pleas to push Assad from power peacefully.

White House officials were not expecting any breakthroughs from the meeting Monday evening, said Garrett, adding that the biggest goal was to simply minimize obvious discord between the two world leaders.