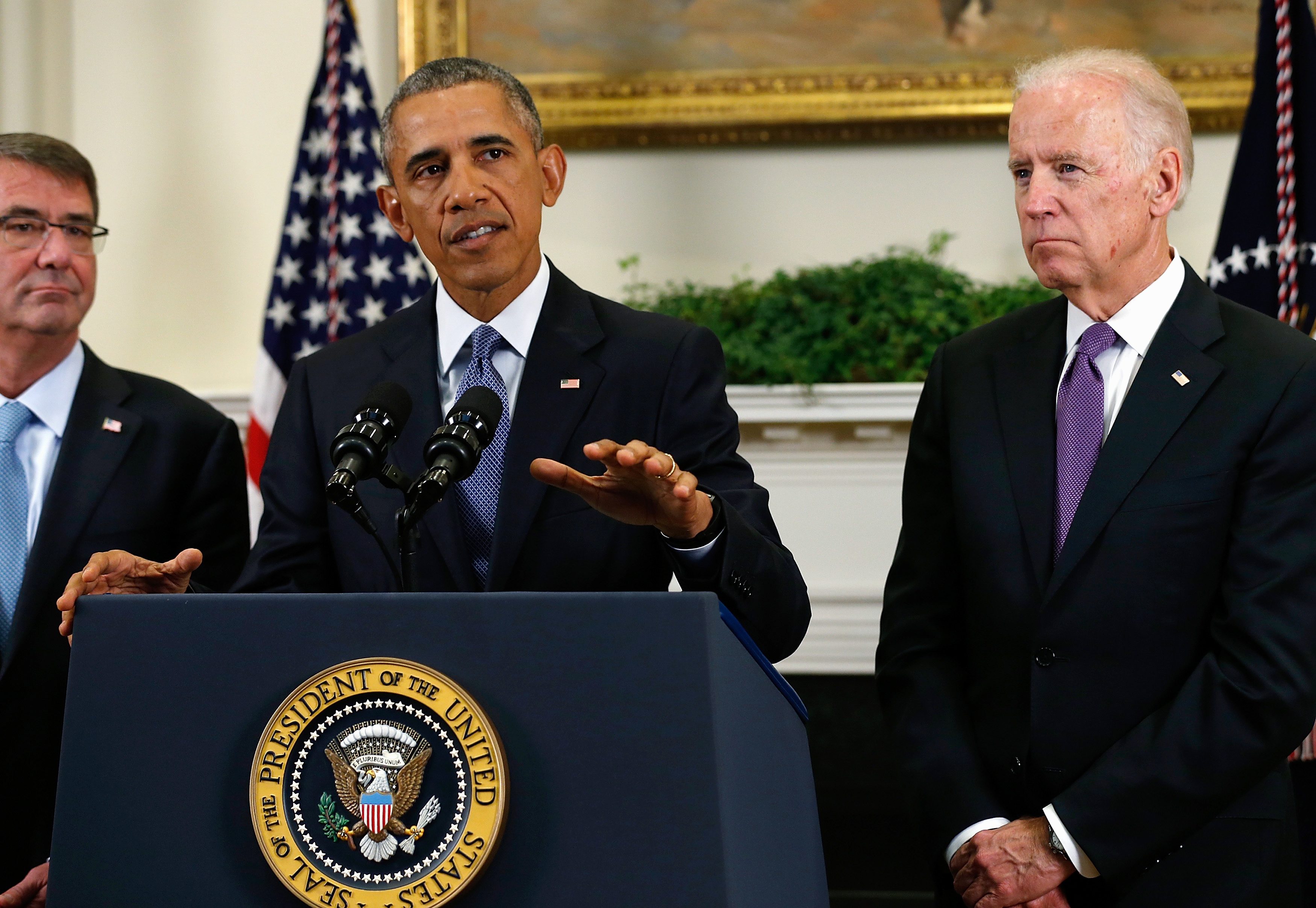 Assuring the nation he is "absolutely confident this is the right thing to do," President Obama on Thursday explained why he has decided to maintain the United States' current posture of 9,800 U.S. troops in Afghanistan through most of 2016 -- slowing the pace of the planned troop drawdown.

"While America's combat mission in Afghanistan may be over, our commitment to Afghanistan and its people endures," the president said from the White House. "I will not allow Afghanistan to be used as a safe haven for terrorists to attack our nation again."

The U.S. troops in Afghanistan will stick to their "narrow but critical" mission of training Afghan forces and supporting counterterrorism operations against the remnants of al Qaeda, to ensure the "best possibility for lasting progress," he said.

"I know many of you have grown weary of this conflict," Mr. Obama said to the American people. "As you are well aware, I do not support the idea of endless war. And I have repeatedly argued against marching into open-ended military conflicts that do not serve our core security interests. Yet, given what's at stake in Afghanistan and the opportunity for a stable and committed ally that can partner with us in preventing the emergence of future threats, and the fact that we have an international coalition, I am firmly convinced that we should make this extra effort."

The president also insisted that the decision to keep troops in Afghanistan longer is "consistent with the overall vision that we have had."

"Frankly, we anticipated, as we were drawing down troops that there were be times where we might need to slow things down or fill gaps in Afghan capacity. This is a reflection of that," he said.

Mr. Obama on Thursday also spoke directly to the Afghan people, telling them that this decision "is a reminder the United States keeps our commitments."

Speaking to U.S. troops, the president said, "I do not send you into harm's way lightly. It's the most solemn decision that I make... But as your commander in chief, I believe this mission is vital to our national security interests in preventing terrorist attacks against our citizens and our nation."

Republicans on Thursday reacted to the news by suggesting Mr. Obama's decision to sustain current troop levels doesn't go far enough to curb the threat of terrorists taking over Afghanistan.

Sen. Marco Rubio, a 2016 Republican candidate, told CBS News chief White House correspondent Major Garrett that the U.S. should probably keep the current troop levels in Afghanistan even longer than Mr. Obama is imagining. "The reality is 10,000 is barely enough," he said. ISIS is already a "growing influence" in Afghanistan, and the nation could become "the newest prime operating space" for radical jihadists if the U.S. doesn't keep up its presence there.

Former Florida Gov. Jeb Bush, another 2016 candidate, said in a statement, "While I am glad President Obama has dropped his plan to abandon the region entirely, if he is truly committed to fighting terrorism and securing a stable Afghanistan, he shouldn't short change what our military commanders have said they need to complete the mission."

House Speaker John Boehner, R-Ohio, said critically, "Maintaining the status quo in Afghanistan is not a plan for success. The president's half-measures and failed leadership have emboldened our enemies and allowed for ISIL's rise. It's time for a change. Instead of threatening to veto a troop funding bill while punting this crisis to the next administration, President Obama needs to finally lay out the broad, overarching strategy needed to defeat our terrorist enemies and protect the United States."