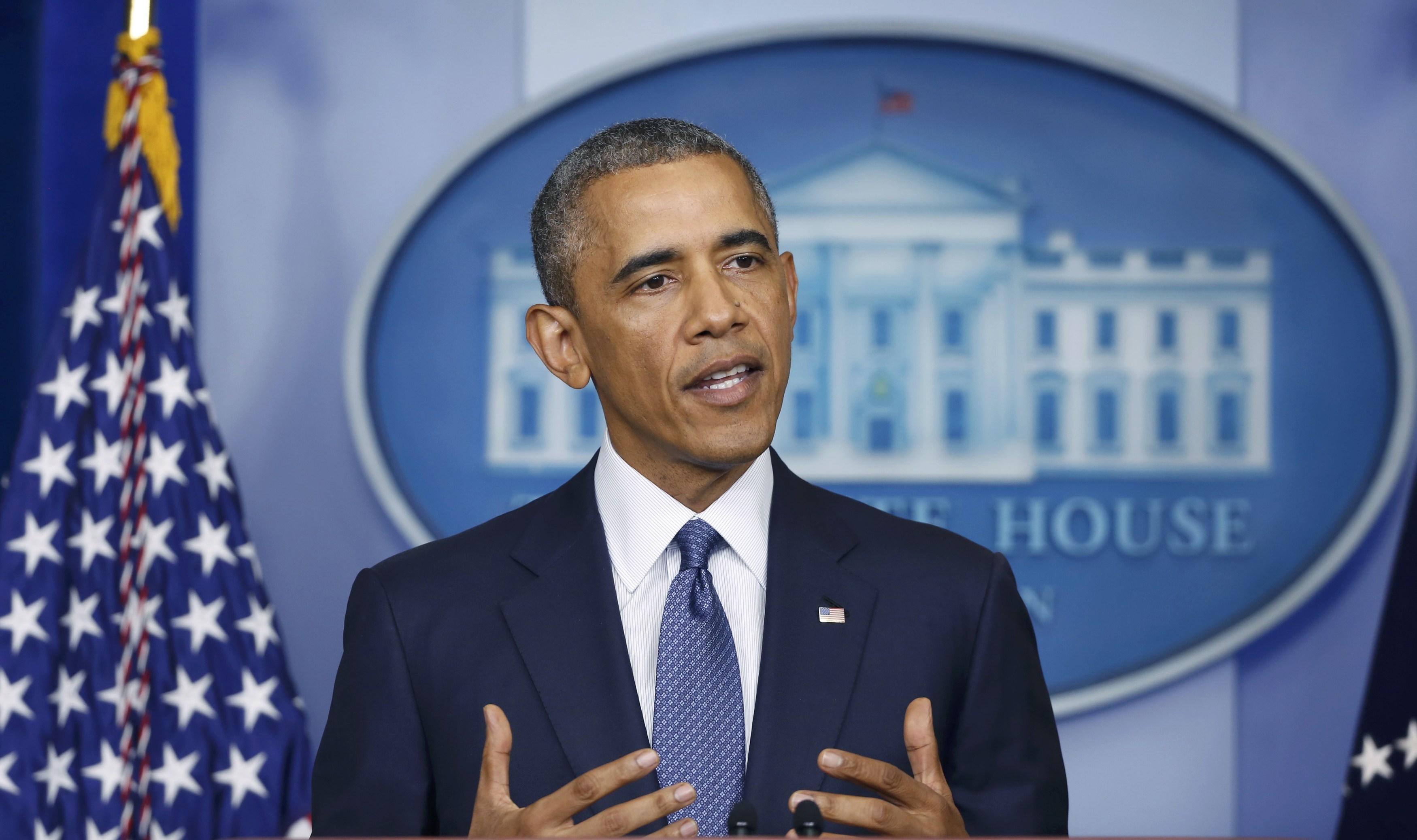 WASHINGTON -- As President Obama immerses himself in talks on Africa's regional security, democracy building and business investment this week, the world's attention - and much of his own - will be on an extraordinary array of urgent overseas crises.

Obama is gathering nearly 50 African heads of state in Washington for an unprecedented summit aimed in part at building his legacy on a continent where his commitment has been questioned.

But recent world event emphasize how hard it is for the president to focus attention on areas that he chooses to promote. As the conference begins Monday, a number of international events are competing for his attention.

Among them: Gaza clashes, Russia's provocations in Ukraine and mounting extremism in Iraq, to name just a few. An outbreak of the deadly Ebola virus in West Africa also threatens to cast a shadow over the summit, with leaders from at least two affected countries canceling plans to travel to Washington and the U.S. setting up medical screenings for other officials arriving from those nations.

"It's the nature of the world we live in today where there are multiple crises at any time," said Witney Schneidman, the former deputy assistant secretary of state for African affairs. "But that should not paralyze us from moving forward on key areas to advance our interests."

White House officials say the American interests in Africa are immense. The continent is home to some of the world's fastest growing economies and a rapidly expanding middle class. The U.S. is also competing for those consumers with China, which surpassed the United States in 2009 as Africa's largest trading partner.

"The importance of this for America needs to be understood," Obama said Friday. "Africa is growing, and you've got thriving markets and you've got entrepreneurs and extraordinary talent among the people there."

He added: "Africa also happens to be one of the continents where America is most popular, and people feel a real affinity for our way of life."

From the start of his presidency, Obama has faced sky-high expectations from African leaders and U.S. policymakers who hoped the son of a Kenyan would bump Africa up the White House list of foreign policy priorities.

Obama's first trip to sub-Saharan Africa as president - an overnight stop in Ghana in 2009 - also suggested that he could be an American president able to tell hard truths to the continent's leaders. During a speech to parliament in Accra, he declared that Africa "doesn't need strongmen, it needs strong institutions."

But it would be four years before Obama returned to Africa, a yawning gap that raised questions about the extent of his commitment to continent. Unlike his predecessor George W. Bush, who launched a $15 billion program to address HIV and AIDS, Obama seemed to be lacking a signature Africa initiative. And his administration's focus turned instead to the Arab Spring movement sweeping through the Middle East, a heavily promoted rebalance toward Asia and a slew of pressing security concerns.

Analysts say Obama's second term has brought about a more robust focus on Africa. The president made a three-country trip to the continent last summer and aides say he's likely to travel there again before the end of his second term. He's also launched a new "Power Africa" initiative that aims to leverage billions in private sector commitments to bring electricity to 20 million households in sub-Saharan Africa. And he's launched a fellowship program for young African leaders that received more than 50,000 applications for 500 slots this year.

In an interview on CBS' "Face the Nation" Sunday, White House senior adviser Valerie Jarrett said the summit could be "a game changer" for U.S.-Africa relations.

Carl LeVan, a professor at American University's School of International Service, said those efforts, along with the Washington summit, suggest an administration undertaking "a concerted and calculated effort to construct its legacy, and its legacy toward Africa in particular, since expectations were so high."

Also factoring into the U.S. focus on Africa: China, which has ramped up its investment in the natural resource-rich continent and whose leaders make frequent trips to the continent.

U.S. officials try to draw a distinction between Chinese and American investment in Africa. While Beijing may spend more money, they argue that the Chinese focus more on extracting resources from Africa for their own purposes rather than boosting African capacity and building long-term economic relationships.

"We do believe we bring something unique to the table," said Ben Rhodes, Obama's deputy national security adviser. "We are less focused on resources from Africa and more focused on deepening trade and investment relationships."

But the U.S. has lagged in two-way trade in Africa in recent years and ceded its role as a leading trading partner to the European Union and China. Total African trade with the U.S. in 2013 amounted to $60 billion, versus more than $200 million for the European Union and $170 billion with China (which is up from just $10 billion in 2000), according to the Brookings Institution.

"The United States has fallen perhaps a little bit behind in the race to win African hearts and minds. So I think this is an attempt to compete with the likes of China and the European Union," Christopher Wood, an analyst in economic diplomacy at the South African Institute of International Affairs, told Reuters.

Former New York Mayor Michael Bloomberg lauded the Obama administration for its focus on building economic ties in an interview on CBS' "Face the Nation" Sunday.

"There are great natural resources there, which China needs and America needs, as does Europe as well. But also, there's the potential for selling a lot of things there," Bloomberg said. "The scale is big, it's spread out...you're going to create a middle class there that's going to want an awful lot of the products and the next big cities are going to be in Africa."