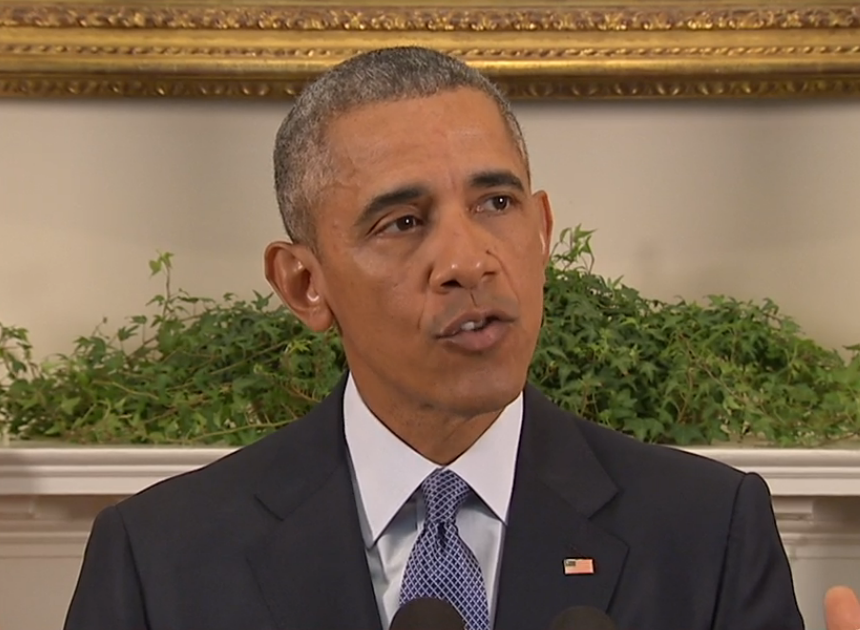 Congress recently passed the National Defense Authorization Act (NDAA), but the White House opposes the bill because it pumps $38 billion into a Pentagon war fund that falls outside of budget ceilings. The bill would also make it more difficult for Mr. Obama to fulfill his pledge to close the detention facility at Guantanamo Bay, Cuba.

"I'm going to be vetoing this authorization bill, I'm going to be sending it back to Congress, and my message to them is very simple: let's do this right," Mr. Obama said. "Let's have a budget that properly funds our national security as well as economic security, let's make sure that we're able in a constructive way to reform our military spending to make it sustainable over the long term, and let's make sure that in a responsible way we can draw down populations in Guantanamo, make sure the American people are safe and make sure that we're not providing the kinds of recruitment tools to terrorists that are so dangerous."

Mr. Obama wants Congress to increase spending levels equally for both the military and non-defense domestic programs for the rest of the fiscal year.

Top congressional Republicans and even 2016 GOP presidential candidates have attempted to cast Mr. Obama as someone who doesn't support U.S. troops because of his opposition to the bill.

Former Florida Gov. Jeb Bush, for example, tweeted Wednesday that he's "disturbed" that the president is holding a photo-op to veto the measure.

This marks the president's fifth veto since taking office. None of his vetoes have been overridden by Congress.

This is also the second time he's casting a veto in a photo-op. He first did so in March, when he vetoed a resolution that would have halted a National Labor Relations Board rule to make it easier for workers to hold union-organizing elections.