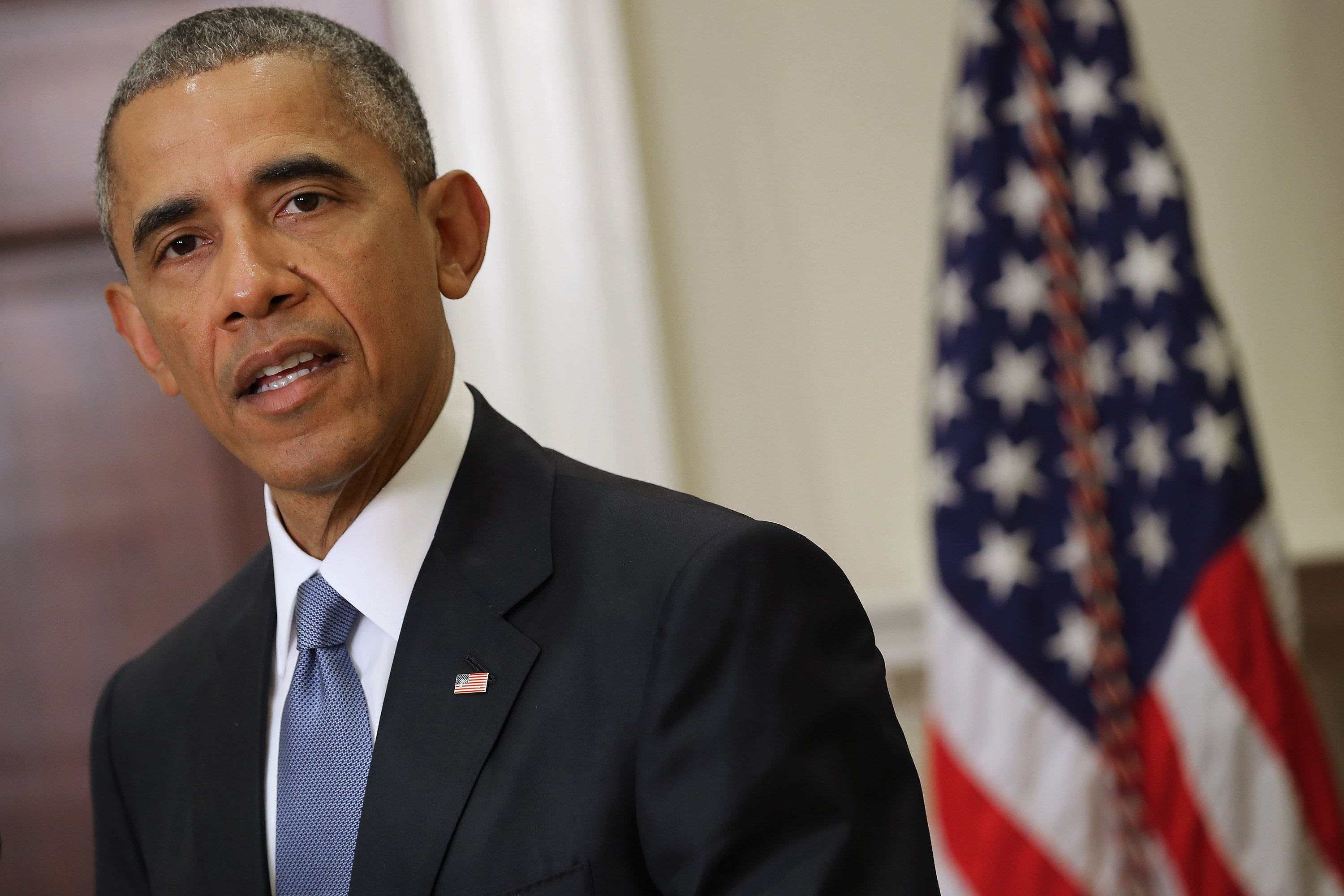 President Obama, in an opinion piece appearing in the Huffington Post, announced that the White House is raising the threshold income level at which workers are exempt from overtime pay of time-and-a-half wages. The level is currently $23,360, according to the op-ed.

Salaried workers who earn nearly $1,000 per week would become eligible for overtime pay under the proposal.

The long-awaited overtime rule from the Labor Department would more than double the threshold at which employers can avoid paying overtime, from the current $455 a week to $970 a week by next year. That would mean salaried employees earning less than $50,440 a year would be assured overtime if they work more than 40 hours per week, up from the current $23,660 a year.

"We've got to keep making sure hard work is rewarded," Obama wrote in an op-ed in The Huffington Post. "That's how America should do business. In this country, a hard day's work deserves a fair day's pay."

Employers can now often get around the rules: Any salaried employee who's paid more than $455 a week - or $23,660 a year - can be called a "manager," given limited supervisory duties and made ineligible for overtime.

Yet that would put a family of four in poverty territory. Obama says that the level is too low and undercuts the intent of the overtime law. The threshold was last updated in 2004 and has been eroded by inflation.

The long-awaited overtime rule from the Labor Department would more than double the threshold at which employers can avoid paying overtime, to $970 a week by next year. That would mean salaried employees earning less than $50,440 a year would be assured overtime if they work more than 40 hours per week.

To keep up with future inflation and wage growth, the proposal will peg the salary threshold at the 40th percentile of income, individuals familiar with the plan said. They requested anonymity to discuss the proposal ahead of the official announcement.

With the higher threshold, many more Americans - from fast food and retail supervisors to bank branch managers and insurance claims adjusters - would become eligible for overtime. Other changes the administration may propose could lead more white-collar workers to claim overtime.Employees who make above the salary threshold can be denied overtime if they are deemed managers. Some work grueling schedules at fast food chains and retail stores, but with no overtime eligibility, their pay may be lower per hour than many workers they supervise.

The existing salary cap, established in 2004 under President George W. Bush, has been eroded by inflation and now relegates a family of four making just above the cap into poverty territory. Obama has long charged that the level is too low and undercuts the intent of the overtime law.

The proposed changes will be open for public comment and could take months to finalize. They can be enacted through regulation, without approval by the Republican-led Congress.

Although the Labor Department's estimates suggest the proposal would raise wages for 5 million people, other estimates are far higher. The Economic Policy Institute, a liberal think tank, recently estimated that a threshold of $984 a week would cover 15 million people.

"This is by definition middle-class people. This reverses decades of neglect," said EPI President Larry Mishel, adding that the proposal would also likely create jobs for hourly workers.

Yet many Republicans have opposed Obama's plans to increase the threshold, arguing that doing so would discourage companies from creating jobs and dampen economic growth. Sen. Lamar Alexander of Tennessee, who chairs the Senate's labor panel, has derided the idea as designed "to make it as unappealing as possible" for companies to create jobs.

Obama, in his op-ed, argued the exemption was intended for highly paid, white-collar employees but now punished lower-income workers because the government has failed to update the regulations. He said the proposal would be good not only for workers but also for employers that pay their employees what they deserve, because they will no longer be undercut by competitors who pay their workers less.

"Will we accept an economy where only a few of us do exceptionally well? Or will we push for an economy where every American who works hard can contribute to and benefit from our success?" Obama said, setting up a populist argument that Democrats are likely to embrace in the run-up to the 2016 presidential election.

The beneficiaries would be people like Brittany Swa, 30, a former manager of a Chipotle restaurant in Denver. As a management trainee, she started as an entry-level crew member in March 2010. After several months she began working as an "apprentice," which required a minimum 50-hour work week.

Yet her duties changed little. She had a key to the shop and could make bank deposits, but otherwise spent nearly all her time preparing orders and working the cash register. She frequently worked 60 hours a week but didn't get overtime because she earned $36,000.

The grueling hours continued after she was promoted to store manager in October 2010. She left two years later and has joined a class-action lawsuit against Chipotle, charging that apprentices shouldn't be classified as managers exempt from overtime. A spokesman for Chipotle declined to comment on the case.