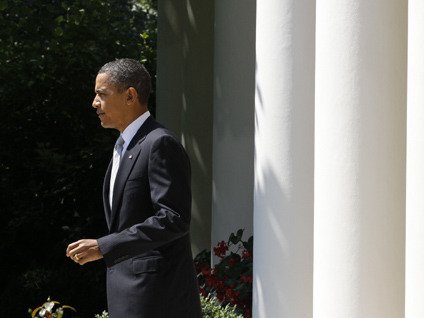 The White House's response to the oil spill in the Gulf has been ramped up in recent weeks, and is only going to get stronger.

As the President prepares for tomorrow's trip to the Gulf region -- his fourth since the spill began in April, and his third in the last four weeks -- it was announced that Mr. Obama will speak to the nation from the Oval Office this Tuesday to talk about the spill and what his administration has done to hold BP accountable.

He will speak from the White House after spending time in Alabama, Mississippi and Florida over Monday and Tuesday. His previous trips to the Gulf had taken Mr. Obama only to Louisiana.

The President is also going to meet with top BP executives this week, including CEO Tony Heyward and Chairman of the Board Carl-Henric Svanberg, at the White House on Wednesday. At the meeting, the President will push for a BP-funded escrow account to handle claims filed by people and businesses in the Gulf area who have lost business (and possibly their entire livelihood) because of the spill.

All of this ramping up on the spill comes during a week where the President was supposed to be out of the country. The President's trip to Indonesia and Australia -- canceled in March to focus on the final push for health care -- was canceled again, as he was supposed to leave today for the week-long two-country visit. It has not been rescheduled.