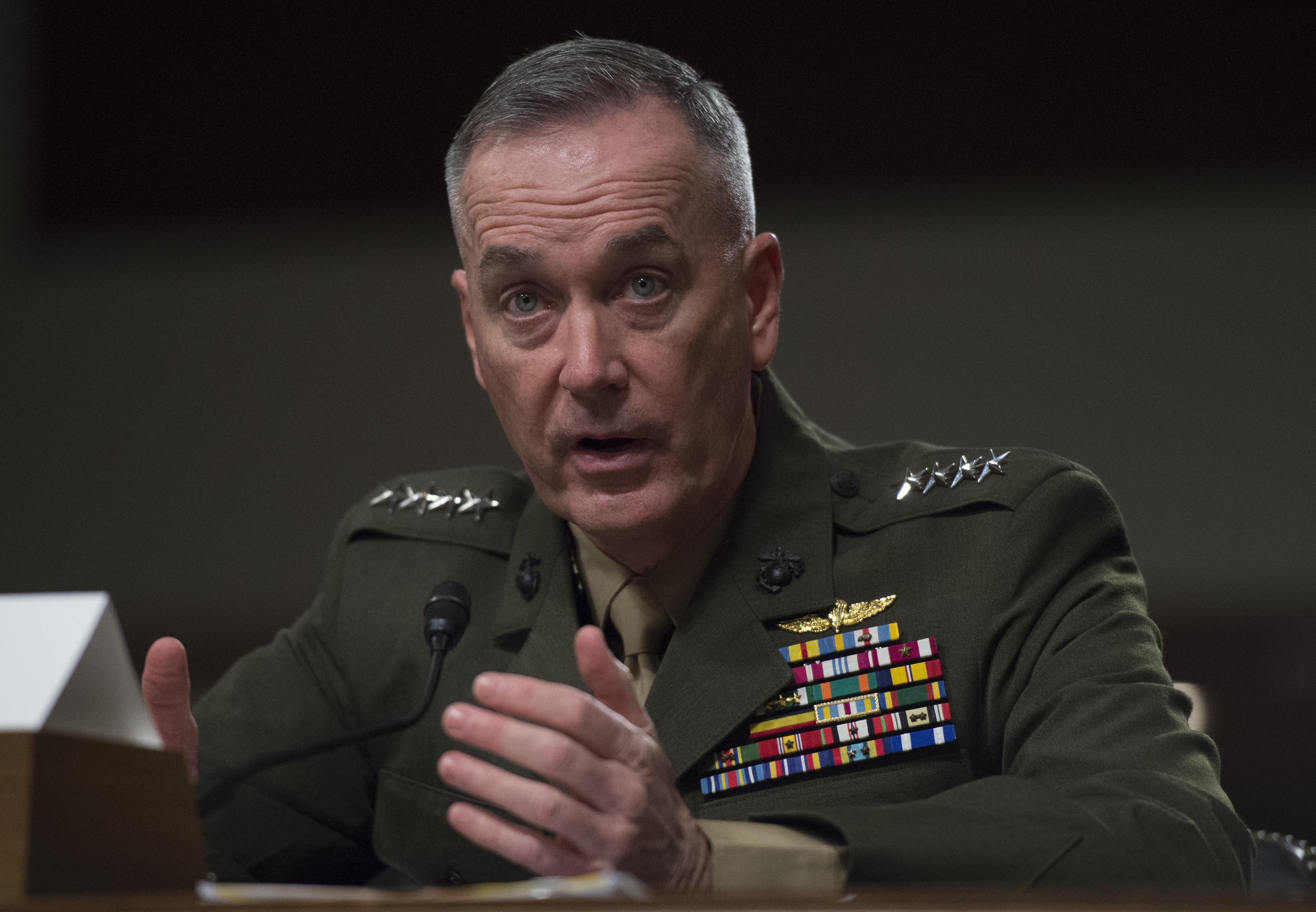 WASHINGTON -- President Barack Obama will nominate Marine Gen. Joseph Dunford Jr. as the next chairman of the Joint Chiefs of Staff, CBS News national security correspondent David Martin confirms. The move, which U.S. officials disclosed on Monday afternoon, will put the highest-ranking post in the U.S. military in the hands of a widely respected, combat-hardened commander who led the Afghanistan war coalition during a key transitional period during 2013-2014.

The nomination also cuts short Dunford's service as the commandant of the U.S. Marine Corps, a job he began last October. But the rapid promotion is one of several that have marked Dunford's fast-tracked military career, which saw him leap from a one-star general to four stars in about three years.

The president will also select Gen. Paul J. Selva, a top Air Force officer and pilot, to serve as vice chairman, Martin confirms. Selva, who piloted transport and refueling aircraft, is currently the head of U.S. Transportation Command at Scott Air Force Base in Illinois.

Obama plans to make the announcement at the White House Tuesday, said officials who spoke on condition of anonymity because they weren't authorized to speak publicly ahead of the announcement. Dunford is expected to be easily confirmed by the U.S. Senate and would succeed Army Gen. Martin Dempsey, who will have served four years as chairman. Dempsey's term expires in September.

Dunford began his career as an infantry officer and has commanded at all levels. He served nearly two years in Iraq, including as head of the Marines' 5th Regimental Combat Team during the 2003 invasion, where he earned the nickname "Fighting Joe."

Dunford is well-connected internationally, often meeting with NATO and other coalition leaders. His selection signals that even as the U.S. puts more focus on Asia and looks ahead to high-tech cyber and space threats, the administration still believes a strong ground force commander is needed to work through the ongoing conflicts in Iraq, Afghanistan, Syria and across the Middle East and Africa.

Dunford's most visible role came in 2013 when he was chosen to take over the job as top U.S. military commander in Afghanistan. During his 18 months there, Dunford oversaw the ongoing drawdown of U.S. troops, the transition to Afghan military lead in combat operations, and the tumultuous Afghan elections that dragged on and stalled efforts to reach an agreement on the U.S. military's future presence in the country.

He left Afghanistan last August, preparing to take on his new role as commandant.

Dunford's rise through the ranks has been rapid, particularly compared to many of his peers, who would normally spend several years at each rank before getting promoted.

In December 2007, he was nominated for a second star, and the rank of major general. But just two months later, before he actually got the formal promotion, he got the nod for a third star and was appointed the deputy Marine Corps commandant, effectively skipping the two-star grade entirely. He held the rank of lieutenant general (three stars) for about two years, until President Barack Obama appointed him as assistant commandant of the Marine Corps in October 2010, earning him a fourth star.

Dunford, 59, is a Boston native and holds master's degrees in government from Georgetown University and international relations from Tufts University's Fletcher School of Law and Diplomacy.