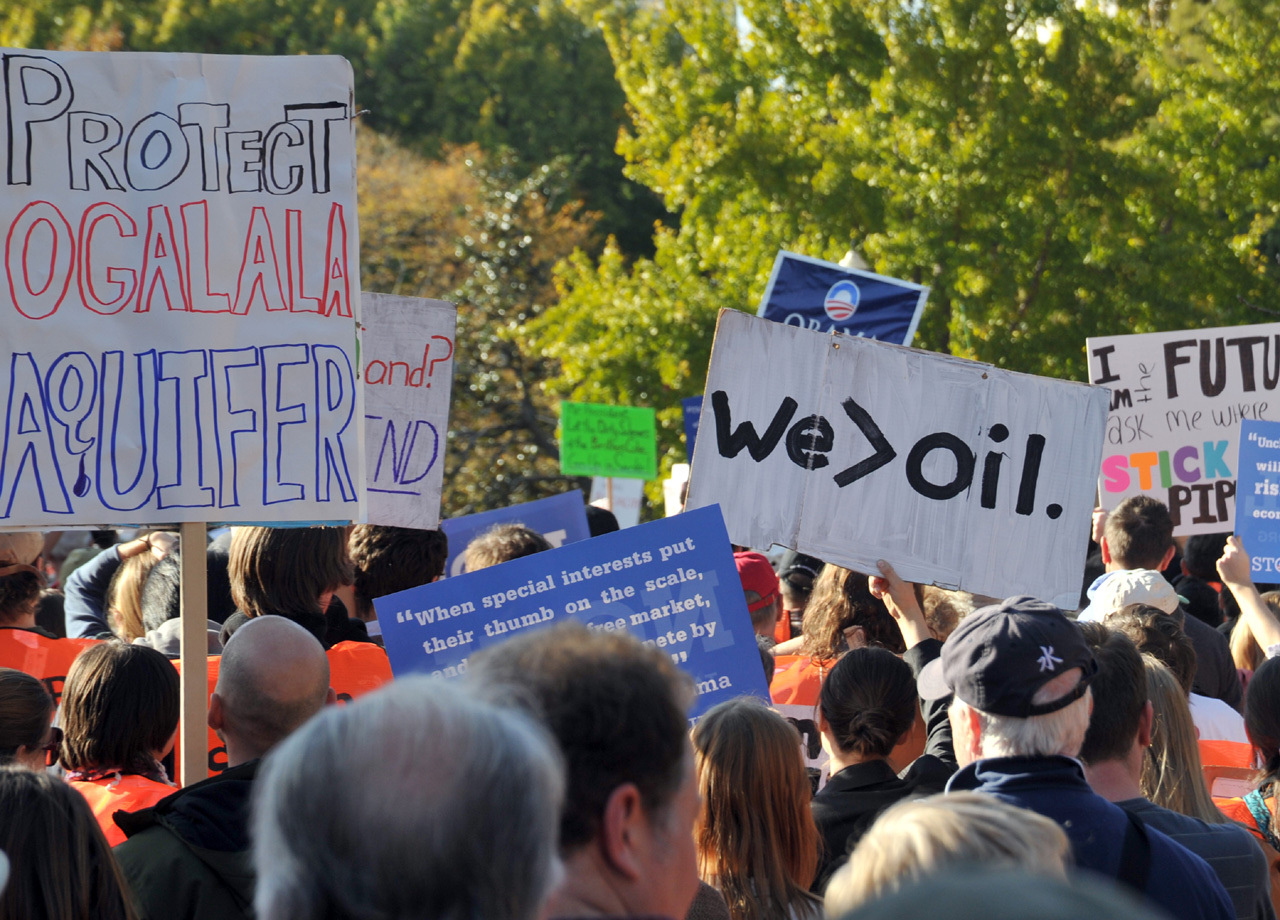 The State Department today announced plans to explore a new route for the Keystone XL pipeline, putting off the decision on whether to approve the controversial project until after the 2012 election.

The decision marks a partial victory for environmentalists and other opponents of the TransCanada Corp. project, which would link the tar sands fields of northern Alberta to oil refineries on the Texas Gulf Coast. The 1,700-mile underground oil pipeline has been in the works for three years. Its supporters say it would create jobs and help the U.S. lessen its dependence on oil imported from the Middle East, while its opponents -- both Democratic and Republican -- point to its environmental risks.

The State Department has jurisdiction over the project since it crosses U.S. borders, and the agency was widely expected to recommend approving the pipeline by the end of the year. With that self-imposed timetable fast approaching, activists have ratcheted up the pressure on the Obama administration to reject the project. Thousands of protesters circled the White House earlier this month to protest the pipeline.

Part of the objections to the project are related specifically to its route -- Nebraska's Republican Gov. Dave Heineman told the administration he opposes the project because it would directly cross over a critical aquifer.

With Mr. Obama's decision to study a different route for the pipeline, he could quell the concerns of liberal activists at least through his bid for re-election. The State Department said today it expects the review to be completed as early as the first quarter of 2013. Mr. Obama suggested to a local news station earlier this month that he -- not the State Department -- would make the final call on the project.

The president put out a statement Thursday afternoon explaining his support for the State Department's decision to review another route.

"Because this permit decision could affect the health and safety of the American people as well as the environment, and because a number of concerns have been raised through a public process, we should take the time to ensure that all questions are properly addressed and all the potential impacts are properly understood," Mr. Obama said. "The final decision should be guided by an open, transparent process that is informed by the best available science and the voices of the American people. At the same time, my administration will build on the unprecedented progress we've made towards strengthening our nation's energy security, from responsibly expanding domestic oil and gas production to nearly doubling the fuel efficiency of our cars and trucks, to continued progress in the development of a clean energy economy."

Activist Bill McKibben, who spearheaded protests against the pipeline, released a statement commending today's news but offering a warning to the president that opponents of the project won't stop protesting until it is rejected.

"The American people spoke loudly and today the President responded, at least in part," he said. "The president should know that nothing that happened today changes our position--we're unequivocal in our opposition. If this pipeline proposal reemerges from the review process intact we will use every form of nonviolent civil disobedience to keep it from ever being built."

Rep. Peter Welch, D-Vt., one of the congressmen to call into question the potential conflicts of interest that could taint the State Department's decision on the project, also expressed concern about today's decision.

"The State Department today raised the correct concerns, but reached the wrong conclusion," Welch said in a statement. "The catastrophic environmental risks of this proposed pipeline dictate the project be rejected, not delayed. I look forward to a swift and thorough investigation by the inspector general into the State Department's review process."