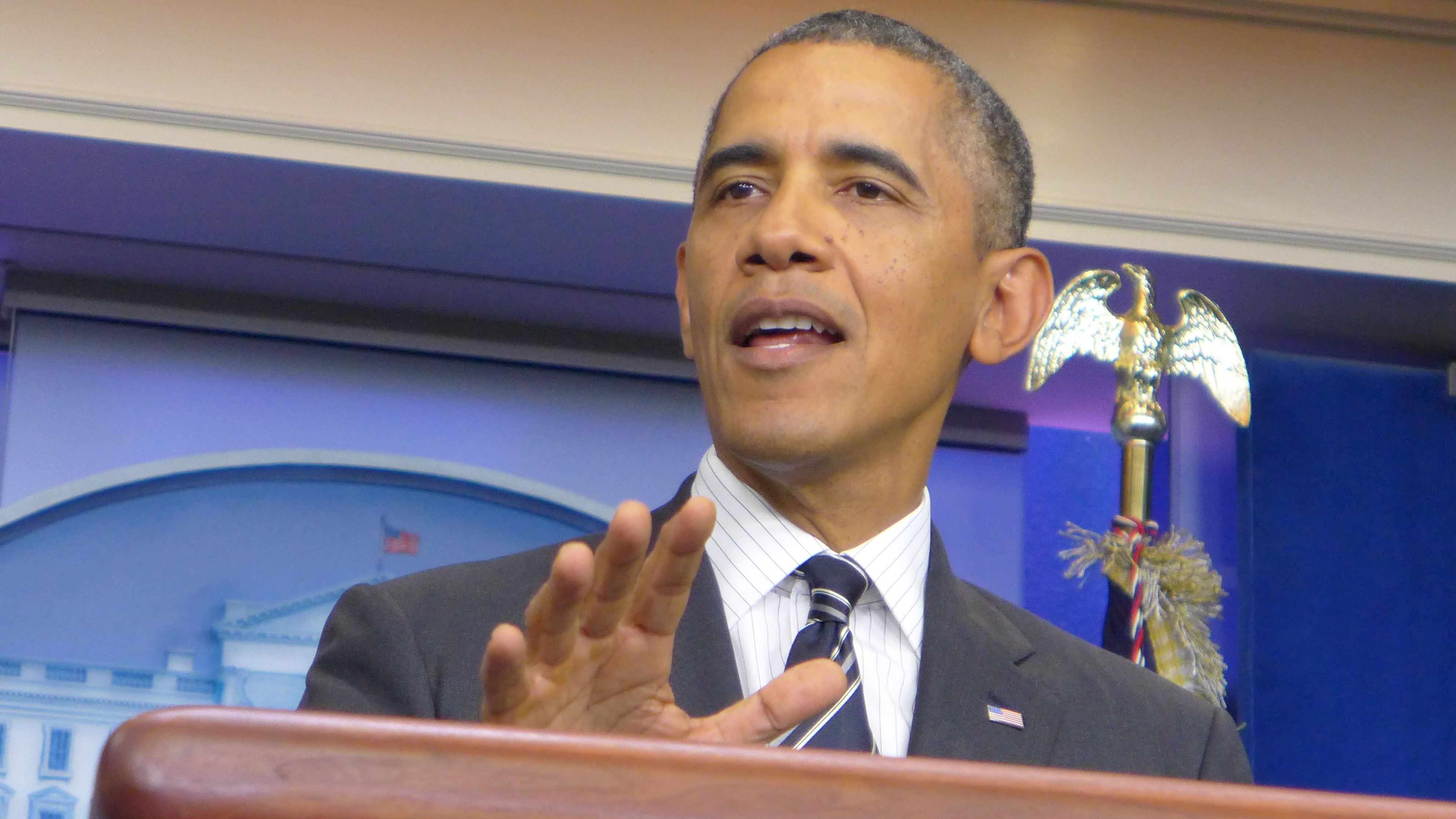 With three days left before a government shutdown, President Obama on Friday urged House Republicans to give up their efforts to tie government funding to the dismantling of Obamacare.

"I realize that a lot of what's taking place right now is political grandstanding, but this grandstanding has real effects on real people," Mr. Obama said from the White House briefing room. "Our message to Congress is this. Do not shut down the government. Do not shut down the economy. Pass a budget on time. Pay our bills on time. Refocus on the everyday concerns of the American people... Do not threaten to burn the house down simply because you haven't gotten 100 percent of your way."

The Senate earlier on Friday passed a bill that would keep the government fundedthrough Nov. 15. The bill passed without a House provision that would have stripped funding for the Affordable Care Act. The bill now goes back to the Republican-led House, where legislators will have to decide whether to accept the bill as passed or amend it again. If Congress doesn't send some version of the spending bill to Mr. Obama before Tuesday, parts of the federal government will shut down.

Mr. Obama said that the threat of a shutdown is "probably having a dampening effect on our economy" and urged Republicans "to think about who you're hurting."

A shutdown, he said, "would throw a wrench into the gears of our economy at a time when those gears have gained some traction. That's why many Republican senators and many Republican governors have urged Republicans to knock it off, pass a budget, and move on. Let's get this done."

The president reiterated that he would not sign a spending bill that guts the Affordable Care Act, noting that online health insurance marketplaces are slated to open on Tuesday, regardless of what Congress does.

"Those marketplaces will be open for business on Tuesday, no matter what, even if there's a government shutdown," he said. "That's a done deal."

Mr. Obama also urged Congress to raise the debt limit, noting that "railure to meet this responsibility would be far more dangerous than a government shutdown."

Since House Republicans have seemingly failed in their efforts to defund Obamacare via the spending bill, they have moved on to using the debt limit as leverage to dismantle the law. They're also trying to use the debt limit to win concessions from the president on issues like energy policy and tax reform.

"I am willing to work with anybody who wants to have a serious conversation about our fiscal future," Mr. Obama said. "But we're not going to do this under the threat of blowing up the entire economy... Voting for the Treasury to pay America's bills is not a concession to me. That's not doing me a favor. That's simply carrying out the solemn responsibilities that come with holding office up there."