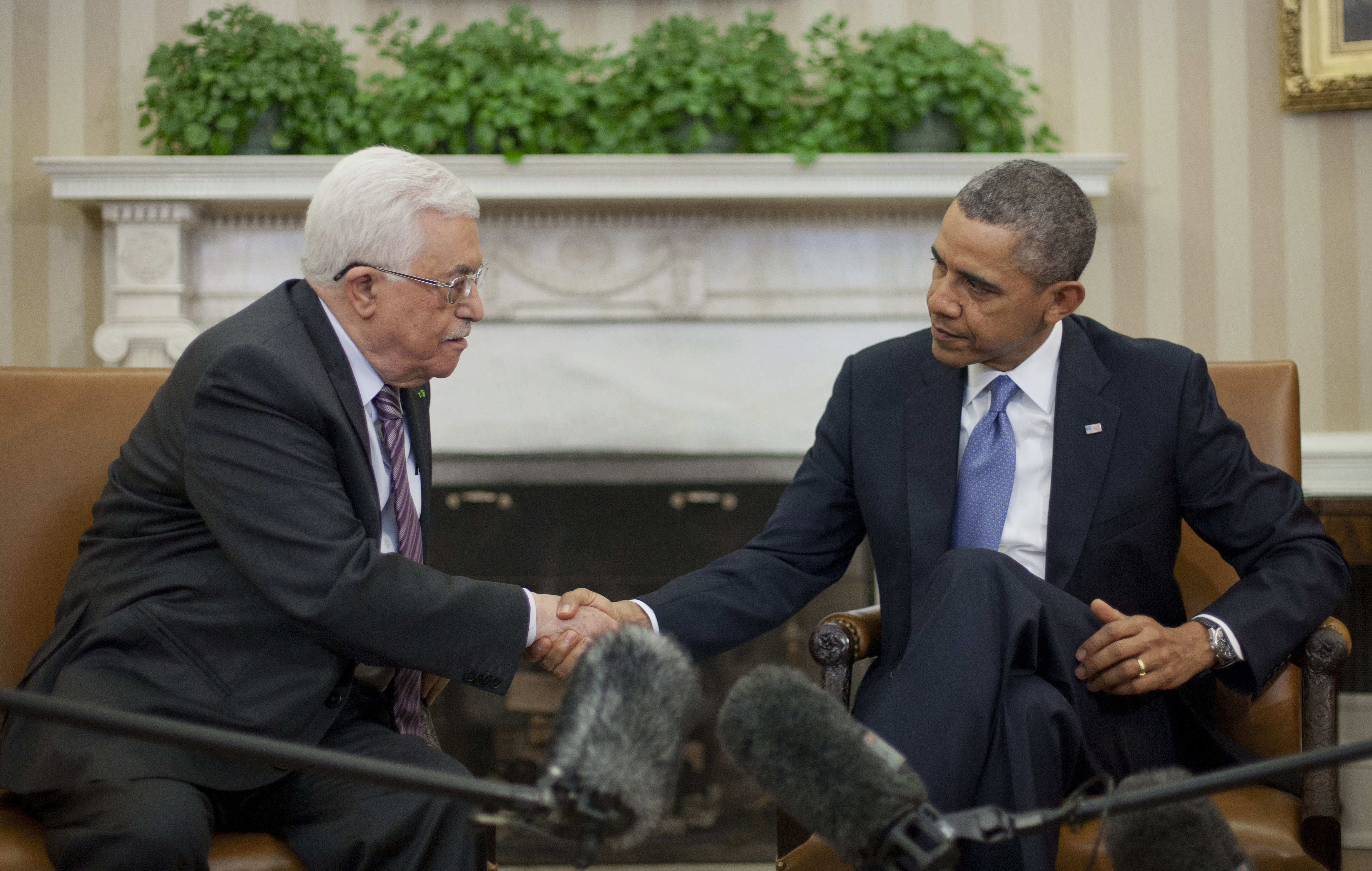 The talks, which have started to stall ahead of an April deadline set by the U.S., have largely been led by Secretary of State John Kerry. Mr. Obama has stepped in to urge leaders on both sides to keep working, meeting with Israeli Prime Minister Benjamin Netanyahu earlier in March as well.

Speaking to reporters before his meeting with Abbas Monday, Mr. Obama praised the Palestinian leader as "somebody who has consistently renounced violence, who has consistently sought a diplomatic and peaceful solution." Still, he noted that peace is an "elusive" goal with many challenges that remain ahead.

"We remain convinced that there is an opportunity and I think everybody understands the outlines of what a peace deal would look like," the president said. "I believe that now is the time for not just the leaders of both sides but alsot he peoples of both sides to embrace this opportunity for peace. But we're going to have a lot of details we're going to need to discuss."

Abbas thanked the president for economic and political support the U.S. has provided and stressed that he is aware of the urgent nature of peace talks.

"We don't have any time to waste. Time is not on our side," he said through a translator.

He asked that by March 29 Israel release the fourth group of Palestinian prisoners that are part of a larger group of 104 that the Israeli cabinet agreed to set free prior to the peace talks beginning last summer. The release, Abbas said, would be a sign of "serious" effort on the part of the Israelis.

Though the negotiations have been private and full of contentious issues, one that has erupted publicly in recent weeks is whether the Palestinians will recognize Israel as a Jewish state has been the subject of public tension recently. During his meeting with Mr. Obama at the beginning March, Netanyahu said it was "about time they recognized a nation state for the Jewish people. We've only been there for 4,000 years."

Abbas is under pressure back home not to recognize the Jewish nature of state as it is seen as a concession to Israeli demands that Palestinians give up so-called "right of return" for refugees to come back to parts of Israel.

The Palestinian leader said last month that, "I am not looking to drown Israel with millions of refugees to change its nature," though it is unclear his views are widely shared by the rest of the population.

As the press was leaving the Oval Office, CBS News White House Correspondent Mark Knoller asked the president if he realized it was also snowing on the day Netanyahu visited.