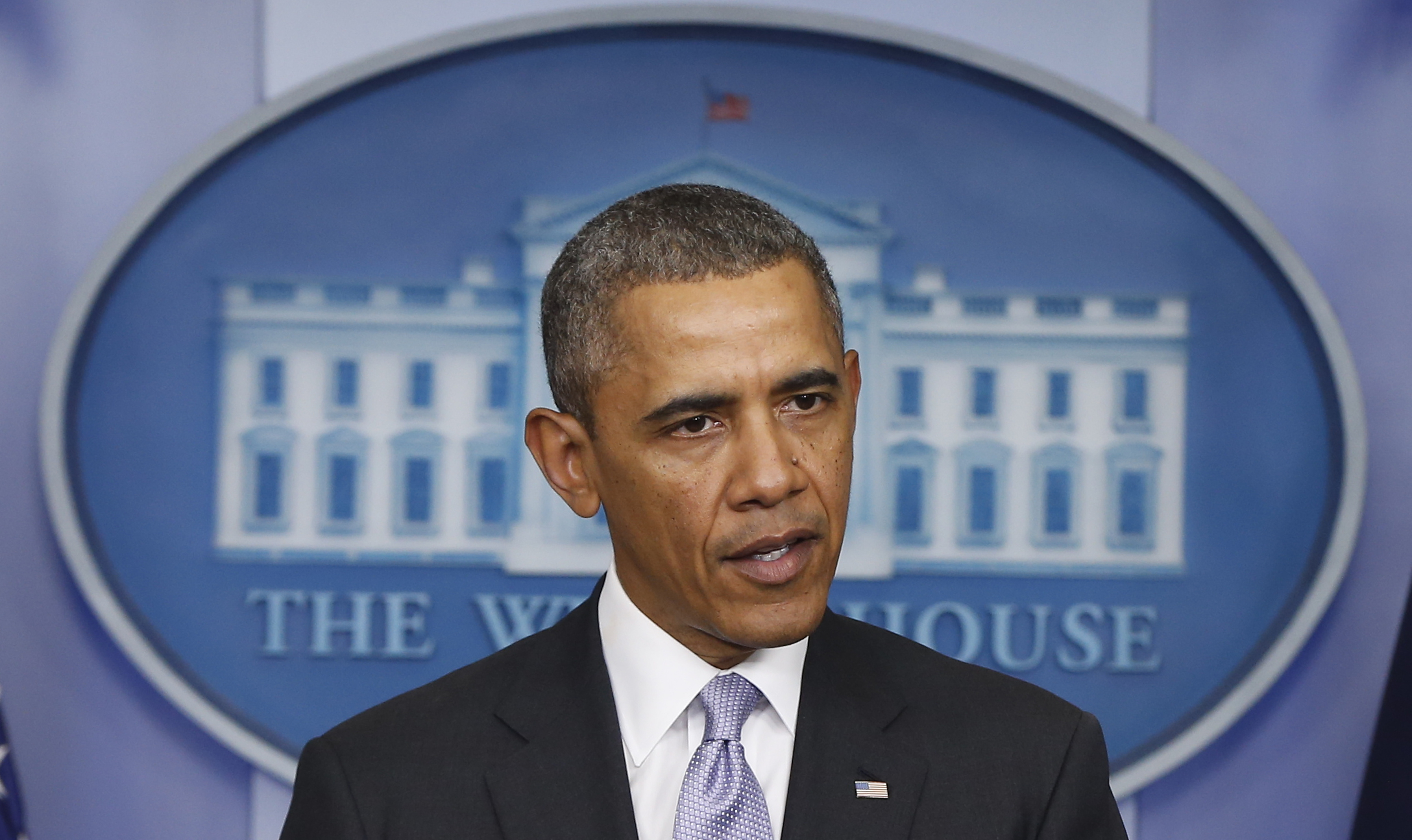 Amid reports that the Russian military is moving into the Crimea region of Ukraine, President Obama on Friday warned from the White House that "there will be costs for any military intervention in Ukraine."

Russia is flying "hundreds" of troops into Crimea, a U.S. official told CBS News national security correspondent David Martin. Ukrainian officials similarly said Friday that Russian troops were responsible for a "military invasion and occupation" of airports in the Crimea region. They appear to be doing exactly what the U.S. military would do if it was entering a country, Martin reports -- seizing control of the airfield and preparing it for follow-on flights. Russian officials have told the U.S. they are respecting the Ukraine's sovereignty, but the situation remains murky.

"Throughout this crisis, we have been very clear about one fundamental principle: The Ukrainian people deserve the opportunity to determine their own future," Mr. Obama said. "We are now deeply concerned of reports of military movements taken by the Russian Federation inside Ukraine."

Any violation of Ukraine's sovereignty, he said, would be "deeply destabilizing."U.S. warns Russia amid military movements inside Ukraine."

Mr. Obama stopped short of calling the presence of Russian troops in Crimea an invasion, or even an intervention. Russia does have a military base in the region and has treaty rights to protect its base. However, one U.S. official told Martin it would be "a stretch" for Russia to claim they are merely exercising their treaty rights. "This is history being made," he said.

Mr. Obama's comments did ratchet up the pressure for Russia to stay out of the volatile situation in Ukraine, where political conflict sparked deadly protests and prompted Ukrainian President Viktor Yanukovych to flee.

"It would represent a profound interference in matters that must be determined by the Ukrainian people," Mr. Obama said. "It would be a clear violation of Russia's commit to respect the independence and sovereignty and borders of Ukraine, and of international laws."

The president said Vice President Joe Biden earlier Friday spoke with Ukraine's new prime minister, Arseniy Yatsenyuk, "to assure him that in this difficult moment, the United States supports his government's efforts and stands for the sovereignty, territorial integrity and democratic future of Ukraine."

White House spokesman Jay Carney said Friday the U.S. was "seeking clarification" from Ukrainian and Russian leaders about the identity of the men in uniform patrolling the airports.

"What I can tell you is that we're concerned about reports or suggestions that there might be intervention by an outside state, and we have conveyed that," he said. "And we would point to assurances by the Russian government that they respect the territorial integrity of Ukraine."

Secretary of State John Kerry also told reporters Friday that the U.S. believes "intervention would be a grave mistake." He said he called Russian Foreign Minister Sergey Lavrov for the second time in two days to press the matter.

"While we were told that they are not engaging in any violation of the sovereignty and do not intend to, I nevertheless made it clear that could be misinterpreted at this moment," Kerry said. "There are enough tensions that it is important for everybody to be extremely careful not to inflame the situation and not send the wrong messages."

Kerry and Lavrov are expected to meet Thursday about Ukraine and Syria on the sidelines of a Libya summit in Rome, CBS News correspondent Margaret Brennan reports from the State Department.
View CBS News In