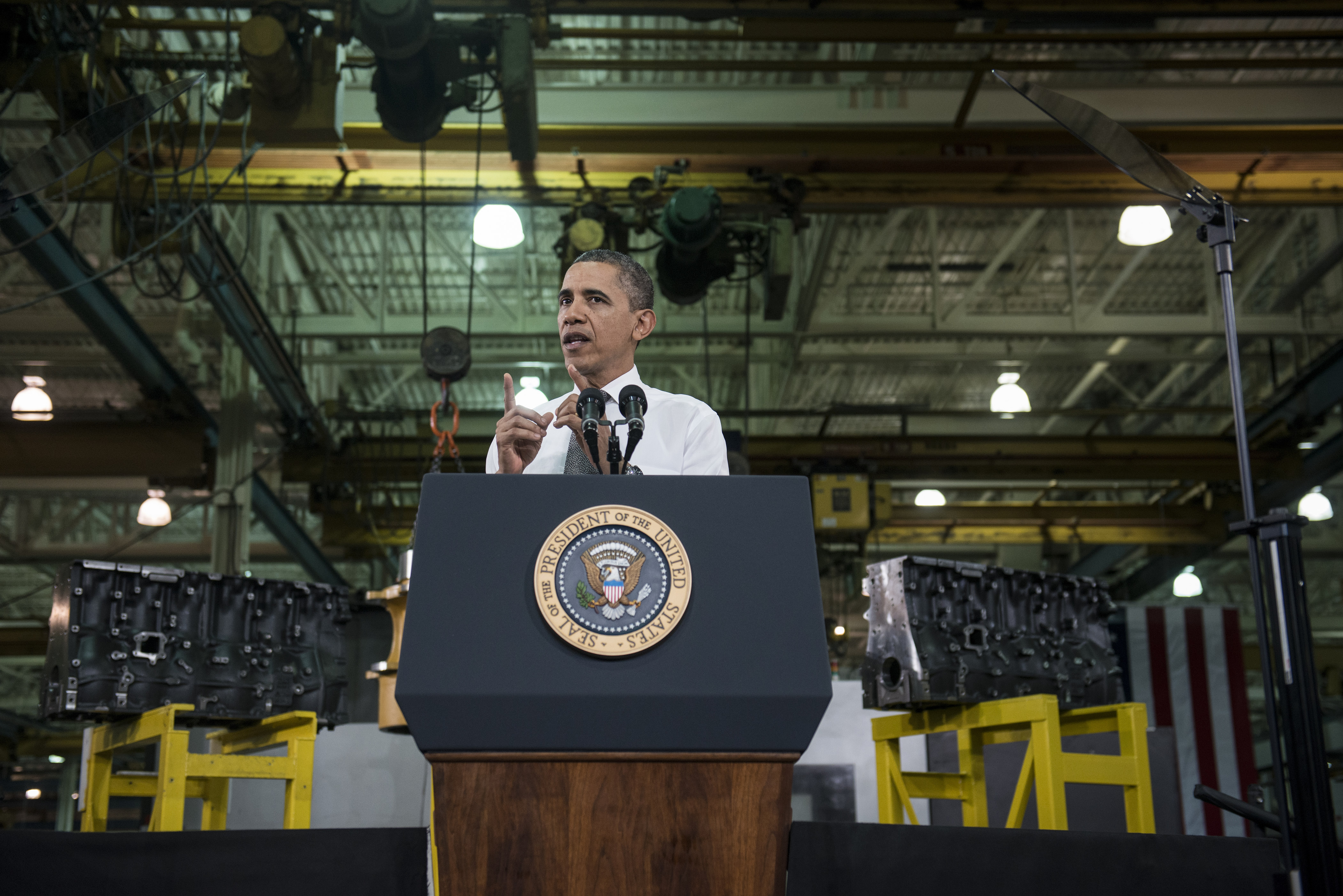 Less than 24 hours after delivering his fourth State of the Union address, President Obama took his economic proposals on the road, outlining his newly unveiled plan for attracting more manufacturing jobs to the United States and urging Congress to "do their part" to help rebuild the nation's manufacturing base.

Mr. Obama, speaking at the Linamar factory in Arden, N.C., expressed optimism about the state of the manufacturing industry, touting recent trends toward "insourcing" and job growth as evidence that "America is getting more competitive and more productive."

But he acknowledged that work remains on the road to a full recovery, and outlined a four-step process he says can help "accelerate the resurgence of American manufacturing." Those steps, he said, include opening more than a dozen "Manufacturing Innovation Institutes" across the country; making the tax code more competitive for companies that manufacture goods in the U.S.; partnering with communities to attract manufacturers and their supply chains; and finding new ways to level the markets for American-made products.

"I believe we attract new jobs to America by investing in new sources of energy, in new infrastructure, and the next generation of high wage, high tech, American manufacturing," he said. "I believe in manufacturing. I think it makes our country stronger."

In line with his annual remarks before Congress last year, he also emphasized the need to reignite a thriving middle class.

"When it's thriving, when there are ladders of opportunity for people to do a little bit better each year and then make sure that their kids are doing even better than them, that's the American Dream, that's what we got to fight for, that has to be the North Star that guides everything we do," he said.

As part of his plan to help the middle class thrive, Mr. Obama reiterated his call to raise the minimum wage to $9 an hour.

"If you work full time you shouldn't be in poverty," he said.

"If we can just do a few things, then over time what happens is we start rebuilding our manufacturing base in a way that strengthens our economy as a whole," he said. "As long as you're out here fighting every day to better your lives and to better the lives of your children, then I'll be back in Washington fighting for you."