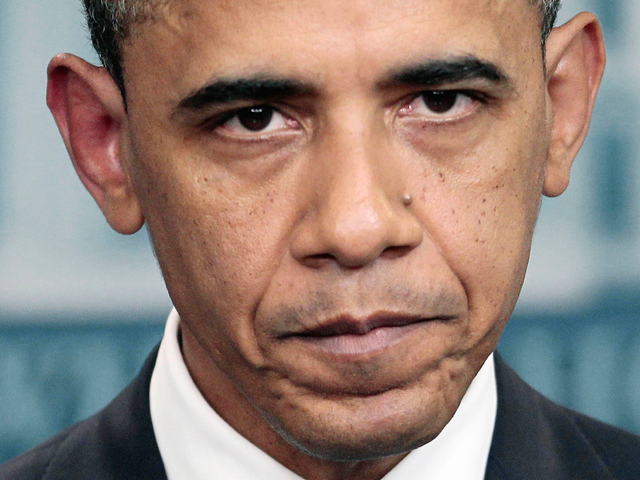 With his 50th birthday approaching and the debt crisis abating, President Obama may have a few moments to reflect on what has passed in his 30 months in office. At this point, it must clear that the dysfunctional family he took over in Washington as president isn't getting along any better. In fact, relationships among all the various blocs of the American political family are becoming more strained, as evident in the debt crisis negotiations.

"Is this the deal I would have preferred? No. This process has been messy; it's taken far too long," Mr. Obama said in announcing the debt agreement from the White House on Sunday night. (Watch the video here)

Mr. Obama came into office with a promise to clean up Washington.  "On this day, we come to proclaim an end to the petty grievances and false promises, the recriminations and worn-out dogmas that for far too long have strangled our politics," he said in his inaugural address.

A month before declaring he would seek the presidency, Mr. Obama talked about his desire to clean up the Washington mess, mute the power of lobbyists and to bring about sweeping change. In an editorial in the Washington Post on Jan. 4, 2007 he wrote, "The system we have now might work for the powerful and well-connected interests that have run Washington for far too long, but I don't. I work for the American people. I didn't come here to do the same thing we've been doing or to take small steps forward, I came to provide the sweeping change that this country demanded when it went to the polls in November."

As the debt crisis has shown, the ideologues from both parties have kept the idealist and former community organizer from sweeping changes -- a $4 trillion deal -- and changing Washington.

It's also appears that the voice of the people is not being clearly heard within the halls of Congress. Mr. Obama persistently made the case that a deficit reduction deal should include increasing revenue by closing tax loopholes, such as those benefiting corporate jet owners and oil and gas companies. According to a Pew Research study, nearly two-thirds of Americans believe that reducing the federal budget deficit should include a combination of both spending cuts and increased taxes. Only 20 percent of those surveyed said the focus should be mostly on spending cuts.

A CBS News poll in mid-July came up with the similar results, with 66 percent of Americans wanting a deal with both spending cuts and tax increases, and 28 percent who thought a deal should contain spending cuts only.

In a July 15 press conference, Mr. Obama talked about his goal for a "balanced approach," including revenues:

"My Republican friends have said that they're not willing to do revenues, and they have repeated that on several occasions. My hope, though, is that they're listening not just to lobbyists or special interests here in Washington, but they're also listening to the American people. Because it turns out, poll after poll, many done by your organizations, show that it's not just Democrats who think we need to take a balanced approach, it's Republicans as well."

Either a majority of Americans people, at least according to polls, were being ignored by those in Congress who were against any kind of revenue generation via the tax code, or the American people weren't being loud enough in voicing their preferences. Taking advantage of his bully pulpit, Mr. Obama barraged the American public via Twitter, news conferences, town halls and teleprompter to shift the tide in favor of his so-called "balanced approach."

On July 29, Mr. Obama tweeted to his more than 9 million 2012 campaign followers, "The time for putting party first is over. If you want to see a bipartisan #compromise, let Congress know. Call. Email. Tweet. --BO"

In the end, a compromise to stave off default was made, but revenues were off the table. Mr. Obama could not convince Republicans of his deficit reduction logic or to what he perceived as the will of the majority of American people.

It turns out changing the way Washington works will require more than a debt default crisis. But don't expect Mr. Obama to shy away from going big or continuing to find a cure for Washington's dysfunctional culture.  At least he may now have a better understanding of how things actually do work in Washington after two-and-a-half years of battles.

As Jack Nicholson's character, Jake Gittes, is told by his private eye partner at the end of the popular movie Chinatown, "Forget it, Jake. It's Chinatown."