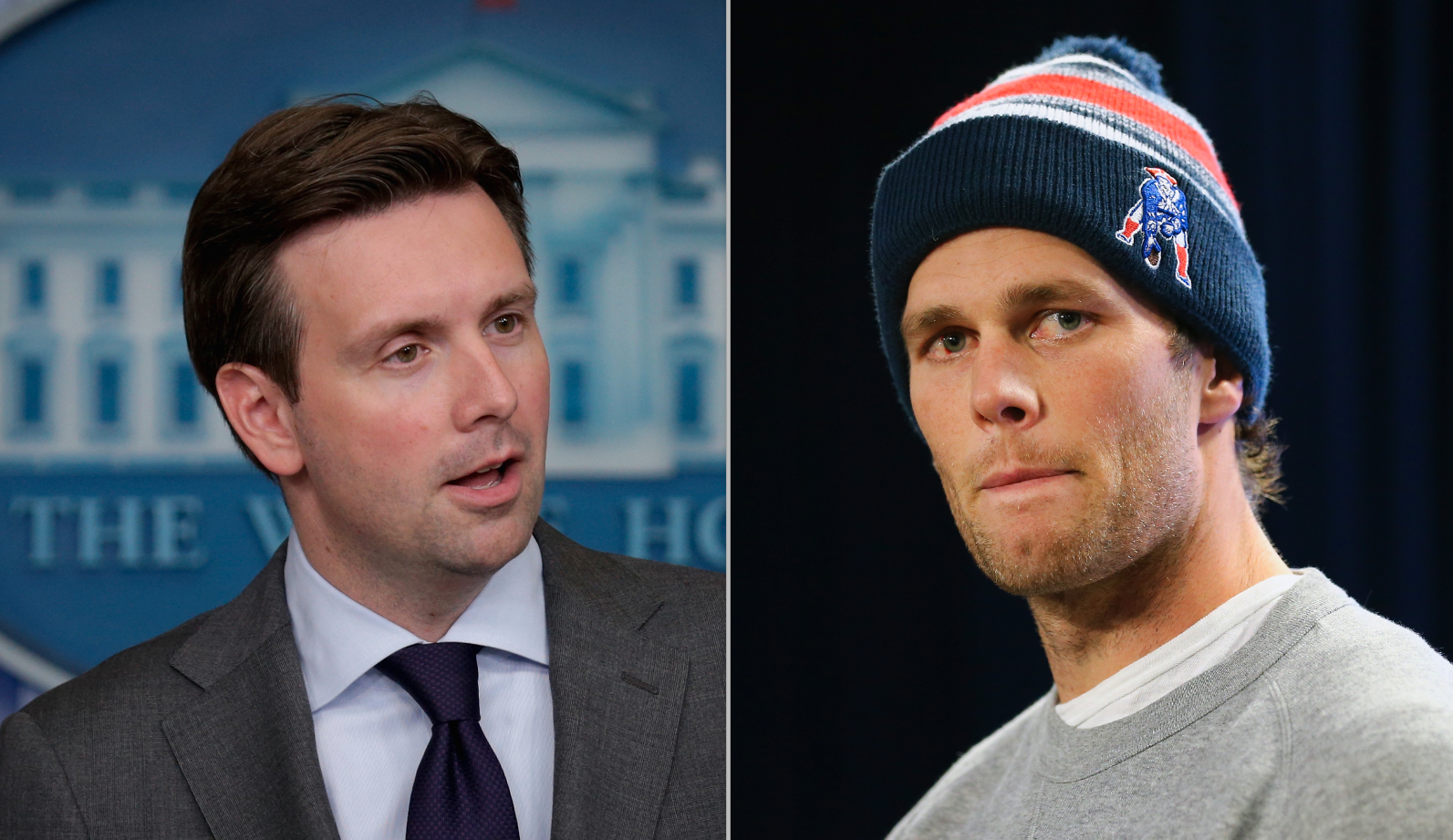 Brady, the quarterback of the New England Patriots, turned in a sometimes-awkward performance on Thursday during a press conference, failing to explain the NFL's finding that his team used partially deflated balls in a game last Sunday.

"For years it's been clear that there is no risk that I was going to take Tom Brady's job as quarterback of the New England Patriots," Earnest told reporters during his daily press briefing on Friday. "But I can tell you, as of today, it's pretty clear that there's no risk of him taking my job either."

Earnest was responding to a question about how President Obama views the scandal, which has thrown the league into turmoil and called into question the Patriots' victory over the Indianapolis Colts, just as the team prepares for a run at the Super Bowl.

Mr. Obama's spokesman said he has not heard the president's personal reaction to the scandal.

Using deflated balls is against league regulations because it is thought to confer a competitive advantage, making balls easier to throw and catch.