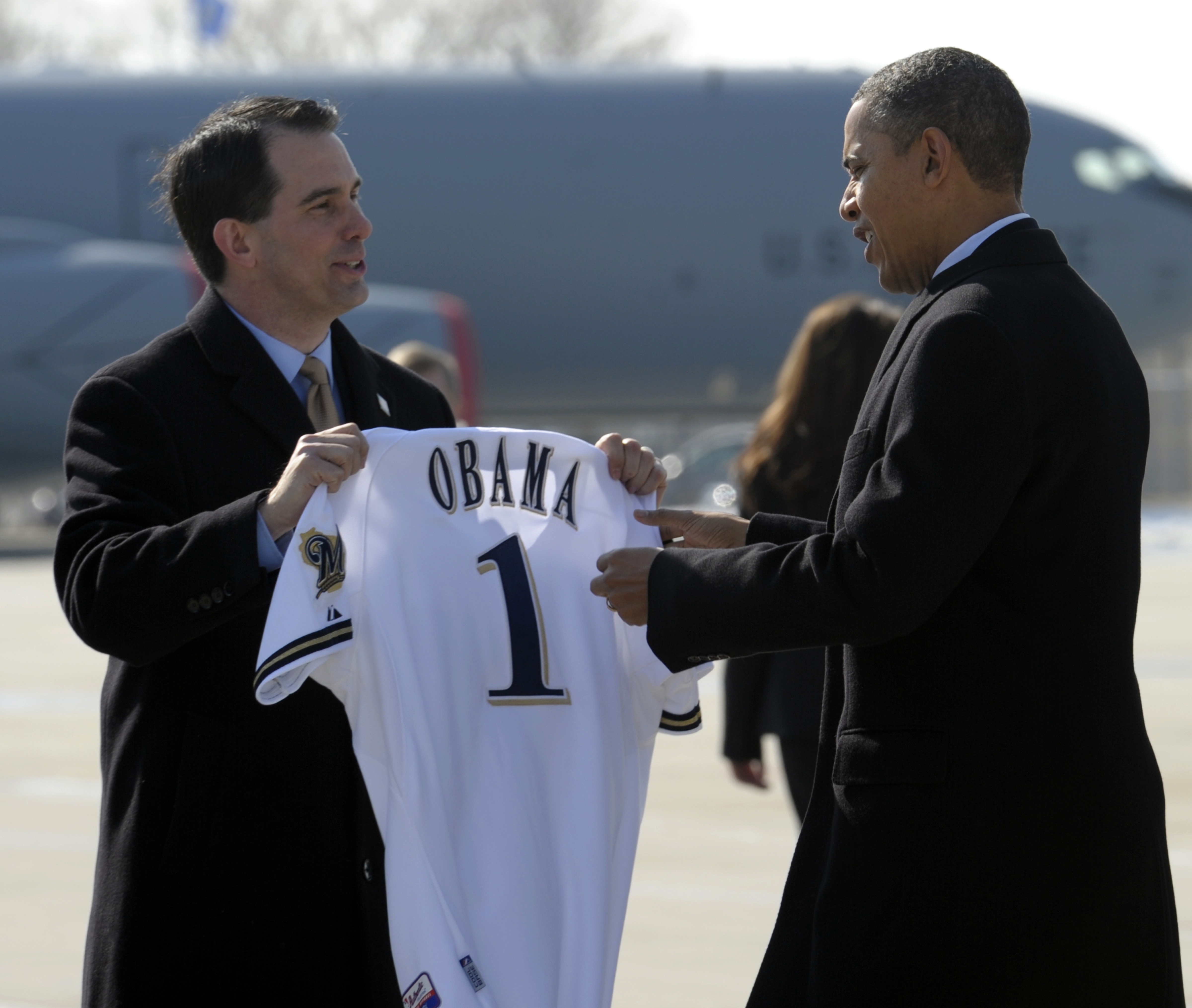 Walker had been slated to tour a manufacturing plant with Mr. Obama on Wednesday, but the governor skipped the potentially awkward event, citing illness. The president was visiting the Master Lock Co. factory to highlight the Midwest's manufacturing sector; in his remarks, he hit on themes he'll hammer home as he runs for reelection, among them investing in American manufacturing.

Pointing to the recovery of the American auto industry after its government bailout, Mr. Obama said, "What's happening in Detroit can happen in other industries."

Walker told reporters today that he was pleased with the president's presence, since manufacturing is Wisconsin's biggest industry.

"The bottom line is we're one of the biggest, most dependent on manufacturing of any state in the country. We appreciate the fact that the president's focusing on manufacturing," he said.

When he met Mr. Obama on the airport tarmac before the president's speech, Walker gave the president a white Milwaukee Brewers baseball jersey with "Obama" and the number 1 stitched on the back. They chatted amiably for about 30 seconds, with Walker declining to remain with Mr. Obama for the Master Lock tour because he had come down with the stomach flu.

"If it was politics, I wouldn't have greeted him here," he told reporters.

While Walker isn't running against Mr. Obama, he is facing a recall election this year that could serve as a bellwether for the presidential election. One year ago, Walker's decision to roll back union collective bargaining rights sparked statewide protests and a national debate over union rights. During the debate, Mr. Obama sided with union workers.

In a recent fundraising letter, the Associated Press reports, Walker said his victory in the recall election would deliver a "devastating blow" to the president's re-election campaign.

While Mr. Obama toured the Master Lock factory, about 100 protesters gathered across the street in opposition to Walker. In addition to chanting for the governor's recall, the protesters held signs calling on Mr. Obama to create more jobs and end the war in Afghanistan, according to pool reports.