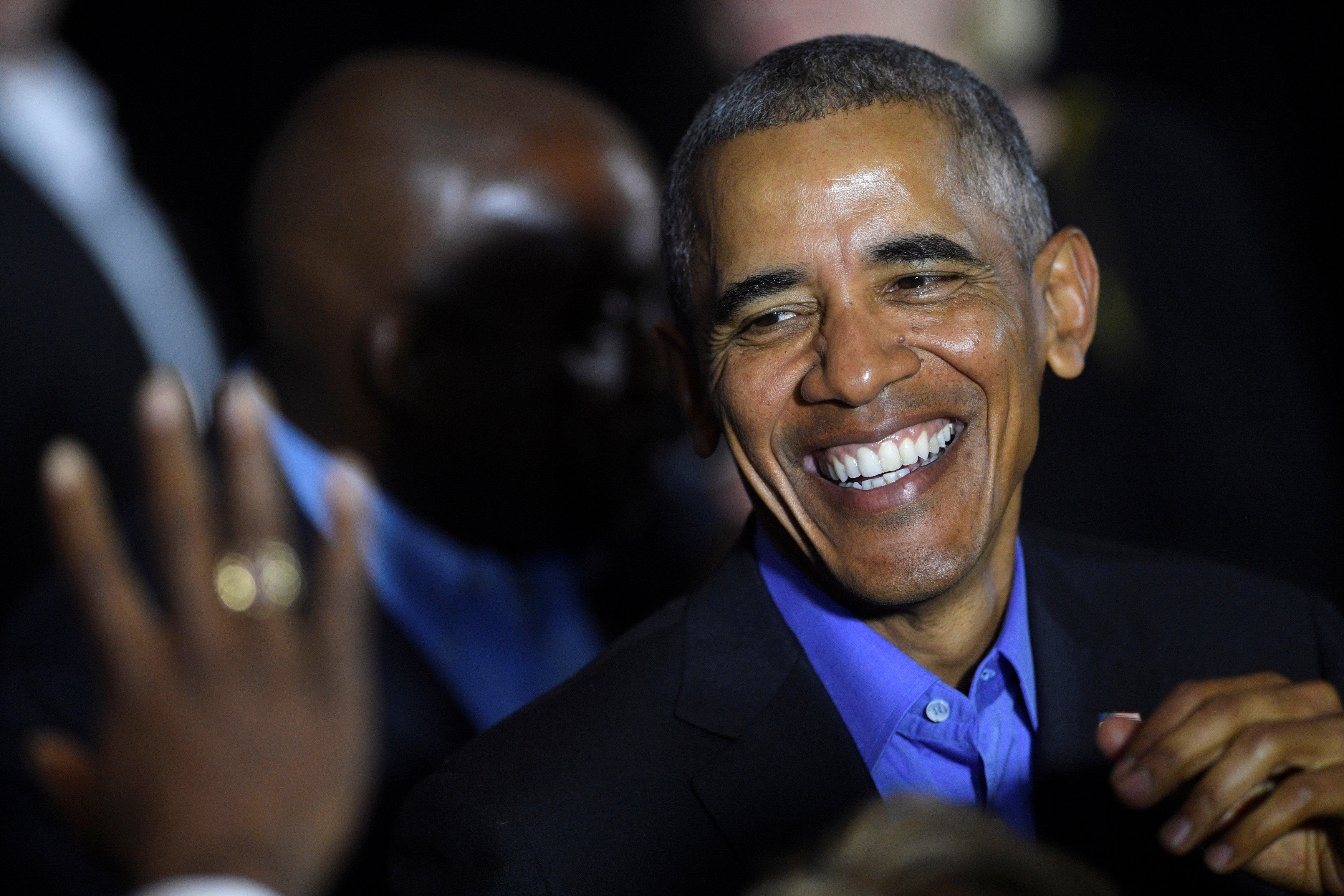 Now a private citizen, former President Barack Obama re-emerged on the global stage Tuesday as he opened a three-country tour that includes meetings with the leaders of China and India, just as President Trump courts those same world powers.

During a five-day trip, Obama will mix paid speeches with foreign leader meetings and even a town hall event for young people, the signature event that Obama became known for around the world during his eight years in office. He'll finish the trip in France, where he'll give one of several speeches planned during the trip.

The tour continues a longstanding tradition of former U.S. presidents traveling overseas after leaving office, especially as they work to attract donations and other support for their foundations, libraries and presidential centers. But Obama's trip may garner particular attention, given that many foreign countries are still uncertain about Mr. Trump's foreign policy and may look to his predecessor to help explain America's current direction.

"Barack Obama is the great explainer to the rest of the world of what the heck is going on in America," said Douglas Brinkley, a presidential historian at Rice University. "He's a calming influence in a world that's teetering on frenzy right now. Obama arrives and it reminds them of old-style diplomacy and the dignity of statesmanship."

Obama arrived on Tuesday in Shanghai, where he was to speak at a business conference before traveling to Beijing to speak at an education event. He also planned to meet there with Chinese President Xi Jinping, who hosted Mr. Trump for a high-profile visit only a few weeks earlier. Obama's office said they planned to discuss the global economy, climate change and other issues.

Then the former president is off to India, where he'll meet Prime Minister Narendra Modi in New Delhi, give another speech and hold a town hall meeting hosted by Obama's foundation. Throughout his presidency, Obama often used the popular events in foreign countries to take questions about everything from politics and policy to his personal story and pop culture. Obama's office said roughly 280 young leaders planned to attend.

Obama will give a final speech Saturday in Paris before returning to the United States. Aides didn't rule out the possibility that he could also see French President Emmanuel Macron, whose presidential campaign Obama endorsed, while in France.

Aides to the former president declined to say who was paying for the trip, but he'll be compensated for the speeches.

The trip comes as Mr. Trump is aggressively pushing China's leaders to cut off North Korea economically over its nuclear weapons program. Obama will also be in India just days after Trump's daughter and senior adviser, Ivanka Trump. The first daughter gave a speech Tuesday at a business conference that was widely disseminated on Indian television.

Since taking office, Mr. Trump has reversed much of Obama's foreign policy approach, including pulling out of a global climate change agreement that was forged after the U.S. and China teamed up on the issue. Mr. Trump has also irked France and other European allies by taking steps to undermine the nuclear deal that the U.S. and world powers struck with Iran in 2015.

Whatever Obama says about current events while abroad will surely be viewed through that heavily politicized lens. But historians said former presidents often try to mitigate the risk that their visit will undermine their successor by coordinating with the current White House in advance.

"When it's done right, the former president will check in before he goes, and see if there's anything he should or shouldn't do or say. It's a longstanding tradition," said Michael Duffy, author of "The Presidents Club: Inside the World's Most Exclusive Fraternity."

An Obama aide wouldn't say whether the former president or his staff had contacted Trump's White House ahead of the trip, but said that Obama's staff had reached out to the U.S. embassies in each country. The aide wasn't authorized to comment by name and requested anonymity. Former presidents retain Secret Service protection, so there's at least some U.S. government involvement in facilitating the trip.

Obama isn't the first ex-president to get the itch to travel after losing access to Air Force One.

By the time President Bill Clinton was out of office for four months, he'd already visited 10 countries, including China and India. Though then-President George W. Bush had adopted a far different foreign policy, Clinton was careful on the road not to criticize his successor directly.

President Jimmy Carter was sometimes criticized for overstepping his role as ex-president during his extensive overseas travels in the years after he left the Oval Office. In the years after World War II, former President Herbert Hoover traveled prolifically, helping secure food supplies for Europeans in need. Theodore Roosevelt gave a famous "Man in the Arena" speech at the Sorbonne in Paris as an ex-president.