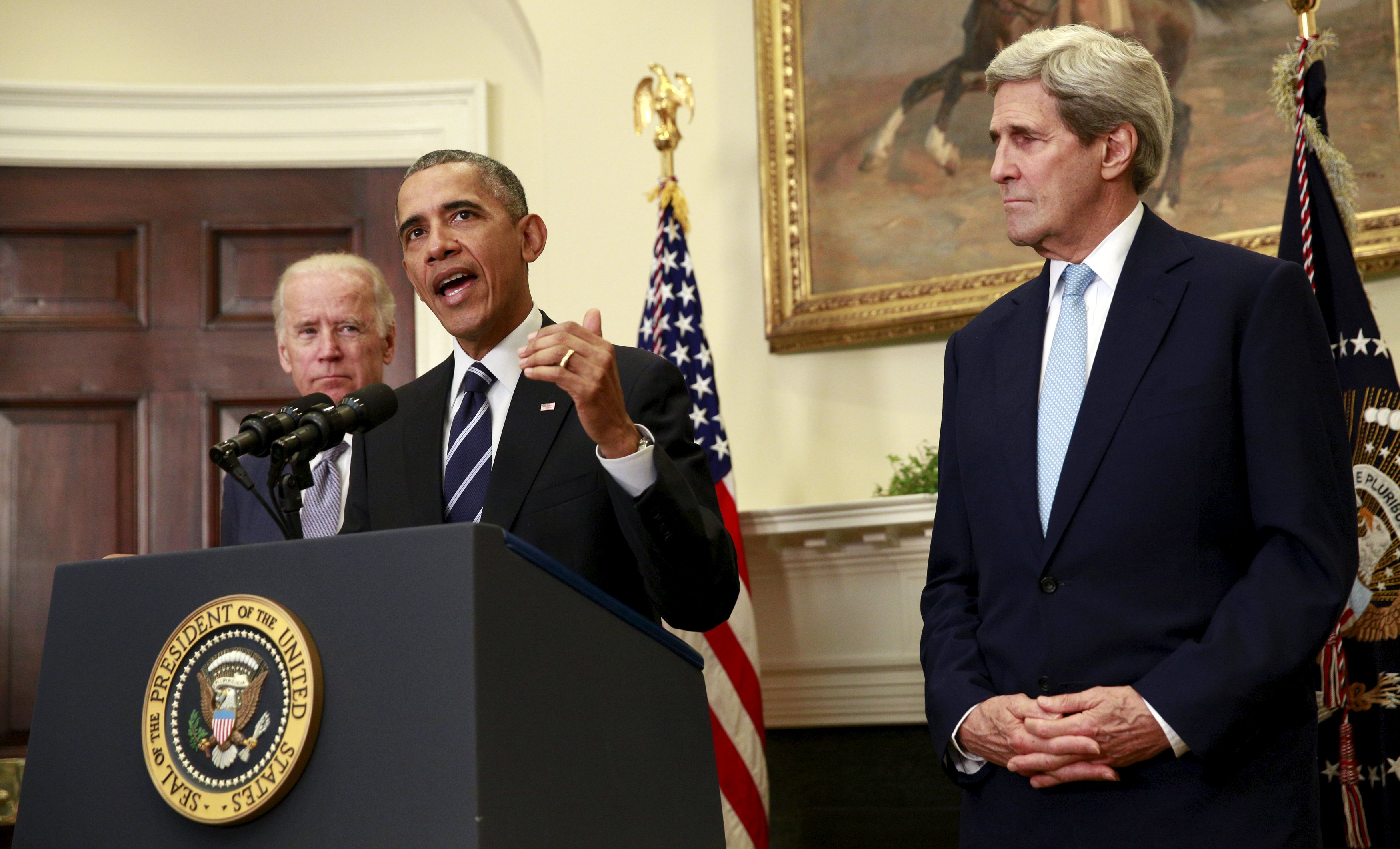 After keeping the project on hold for years, President Obama on Friday officially rejected the Keystone XL pipeline.

The project "would not serve the national interests of the United States," Mr. Obama declared from the White House with Vice President Joe Bide and Secretary of State John Kerry by his side.

The nearly 1,200-mile underground oil pipeline would have linked the tar sands fields of northern Alberta to oil refineries on the Texas Gulf Coast. TransCanada Corporation first submitted an application for the project in 2008, leaving the decision looming over Mr. Obama's entire presidency.

Over the years, as Mr. Obama touted investments in alternative energy and the GOP lambasted the administration's regulations over fossil fuels, Keystone became a symbol of the conflict between liberals and conservatives over energy policy.

Mr. Obama said the pipeline played an "over-inflated role in our political discourse" and was "too often used a campaign cudgel."

The reality, he said, is that "this pipeline will neither be a silver bullet for the economy, as was promised by some, nor the express lane for climate disaster proclaimed by others."

The project required State Department approval, since it crossed international lines, and the administration promised a decision on the controversial matter before the end of Mr. Obama's presidency.

But in fact, Mr. Obama's decision comes days after TransCanada announced that it had actually asked the State Department to suspend its review of the project while the company worked with Nebraska authorities on the preferred route.

After Mr. Obama announced his rejection of the pipeline, TransCanada on Friday said it will review all of its options, including filing a new application for a cross-border pipeline.

Even as the evolving energy sector made the project's significance and impact on the economy increasingly questionable, its supporters in Congress insisted it remained an important part of a comprehensive energy policy. Mr. Obama on Friday forcefully argued that its economic impact would be marginal -- and not worth the harm it would cause in the ongoing discussion over climate change.

"America is now a global leader when it comes to taking serious action to fight climate change," he said. "Frankly, approving this project would have undercut that global leadership and that is the biggest risk that we face -- not acting."

The rejection of the pipeline comes just three weeks before Mr. Obama will join other world leaders in Paris for a United Nations conference on climate change. In that context, he said Firday, the U.S. must "lead by example."

"Because ultimately, if we're going to prevent large parts of this Earth from becoming not only inhospitable but uninhabitable in our lifetimes, we're going to have to keep some fossil fuels in the ground rather than burn them and release more dangerous pollution into the sky," he said.

Meanwhile, Mr. Obama noted that in America, "homegrown energy is booming and energy prices are falling." Specifically, the national average gas price is down to about $0.77 over a year ago, while a boom in shale-oil extraction in North Dakota, Pennsylvania and elsewhere has reduced the United States' dependence on foreign oil.

The president asserted that the Keystone pipeline would not lower gas prices for American consumers, and it would not make a meaningful long-term contribution to the economy.

"If Congress is serious about wanting to create jobs, this was not the way to do it," he said. "If they want to do it, what we should be doing is passed bipartisan infrastructure plan."