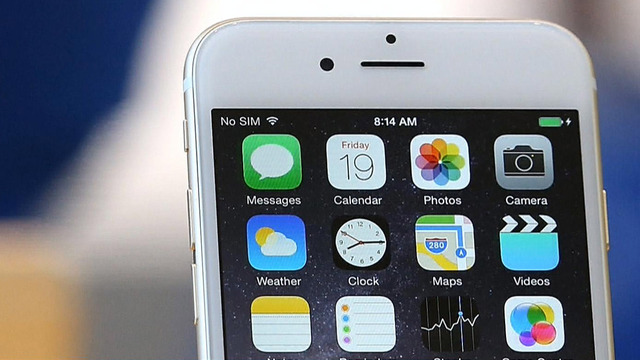 The federal government can't protect your cyber data by itself.

At a cybersecurity summit to be held on the Stanford University campus Friday, Obama will announce initiatives to form organizations that will gather, share and analyze information, as well as ease access to cybersecurity threat information for corporate entities. The executive order is also expected to enable the Department of Homeland Security (DHS) to better manage the flow of information into the government.

"Cybersecurity and consumer protection are two sides of the same coin," Obama's economic adviser, Jeff Zients said, in a briefing with reporters. "When a company invests in strong cybersecurity, they are protecting not just their own networks, but in most cases their customers' information and security as well."

The White House is introducing these policies after several large-scale security hacks have claimed major corporate victims like retail giant Target and Anthem, America's second largest health care insurance provider. These breaches have put the personal information of millions of Americans at risk, compromising everything from addresses and birth dates to Social Security numbers.

But, as White House Cybersecurity Coordinator Michael Daniel admits, it's going to take more than just the government to patch these cybersecurity holes.

"No one can do this mission by themselves," Daniel said. "As you look at all the things we want to do to drive the growth in the digital economy, it's clearly something that has to be done in partnership with the private sector and the federal government."

So they're turning to Silicon Valley for help.

In the wake of recent cyber attacks, several private industry titans are expected to embrace these new measures.

Apple and Intel will be attending as the summit's big tech names, while several financial companies are also backing the administration's moves. MasterCard, AIG, and Bank of America are also among those expected to have representative at the summit.

Companies like Intel believe the Cybersecurity Framework (CSF) first outlined in February of 2014 is, in fact, a practical plan to implement.

"Now that we have tested the framework ourselves, we can say that it provides clear and demonstrable benefits," an Intel spokesperson said. "Given that the CSF focuses on risk management rather than compliance, we believe it has the potential to help transform cybersecurity on a global scale."

Intel further attempted to dispel fears with a white paper published Thursday titled "We Tried the NIST Framework and It Works."

But skepticism persists, especially from privacy hawks like the American Civil Liberties Union, who are particularly concerned with government overreach in cyberspace.

"It's not clear that we need to open the door wider," ACLU policy advisor Gabe Rottman told CBS News. The assertion is that Americans also need protection from the government.

In a nod to these concerns, White House Cybersecurity Coordinator Michael Daniel acknowledged that: "It is neither appropriate, nor would Americans want, for all network security...to be carried out by the government. It's not even physically possible."

It's one of several steps the White House has recently taken to increase cybersecurity protections. Homeland Security Adviser Lisa Monaco announced Tuesday the creation of a new federal agency that will coordinate threat responses and intelligence across government entities. The Cyber Intelligence Integration Center is expected to facilitate investigations and "connect the dots" undertaken by the National Security Agency, the Federal Bureau of Investigation, and other intelligence operations.