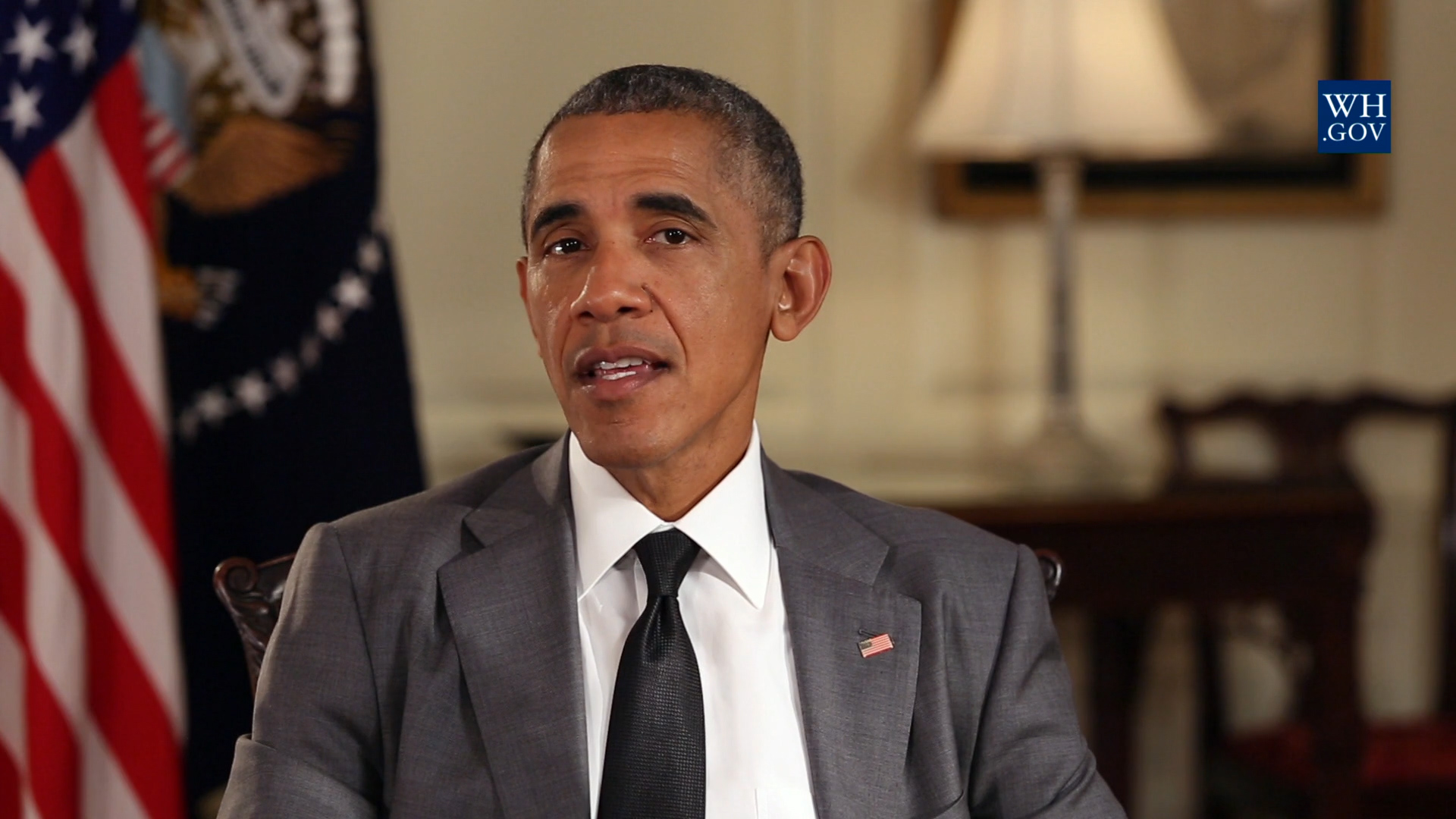 His term may be winding down, but President Obama is determined to continue hammering away at the effects of climate change.

In a new video address, the president previewed his latest efforts to address what he called "one of the most urgent challenges of our time," noting that despite national -- and international -- movement on climate change, "there's still so much more to do."

"We're not done yet. In the weeks and months ahead, we'll release a second round of fuel efficiency standards for heavy-duty vehicles," Mr. Obama said in a video released Saturday. "We'll take steps to meet the goal we set with Canada and Mexico to achieve 50 percent clean power across North America by 2025. And we'll continue to protect our lands and waters so that our kids and grandkids can enjoy our most beautiful spaces for generations."

The president touted the accomplishments of his last seven-and-a-half years in office, including setting limits on carbon pollution output from power plants and making "ambitious investments in clean energy, and ambitious reductions in our carbon emissions."

"We've multiplied wind power threefold," he said. "We've multiplied solar power more than thirtyfold. In parts of America, these clean power sources are finally cheaper than dirtier, conventional power. And carbon pollution from our energy sector is at its lowest level in 25 years, even as we're continuing to grow our economy."

The actions of his administration, Mr. Obama said, made the United States "a global leader in the fight against climate change," citing America's large role at the 2015 international talks in Paris setting the agenda to combat global warming worldwide.

"If we keep pushing, and leading the world in the right direction, there's no doubt that, together, we can leave a better, cleaner, safer future for our children," the president said.

Republicans, in their weekly address, touted their own bipartisan legislative accomplishments in a new video released Saturday.

"Republicans and Democrats can work together," Iowa Sen. Chuck Grassley said. "Bipartisanship has allowed us to make meaningful progress on good ideas from senators on both sides of the aisle. This principle has ensured the Republican-led Senate hasn't wasted time or resources."

Grassley, the chairman of the Senate Judiciary Committee, specifically pointed to his committee's own work in passing legislation.

"I decided early on that the Judiciary Committee would spend your taxpayer dollars and our time focusing on areas where we can reach an agreement, rather than on political fights destined for failure," he said. "It's the right thing to do. And it works."

Grassley added that of the 27 bills passed out of the Judiciary Committee, a dozen of them have been signed into law by the president.

"Our committee's approach expanded access to justice, prioritized public safety, and demanded accountability from the bureaucracy," he said, ticking off various accomplishments like sex trafficking legislation and government transparency.

"With four months left in this Congress, the Judiciary Committee has already outpaced the previous Congress in bills processed in committee, passed in the Senate and signed into law," he said. "And we're not done yet."