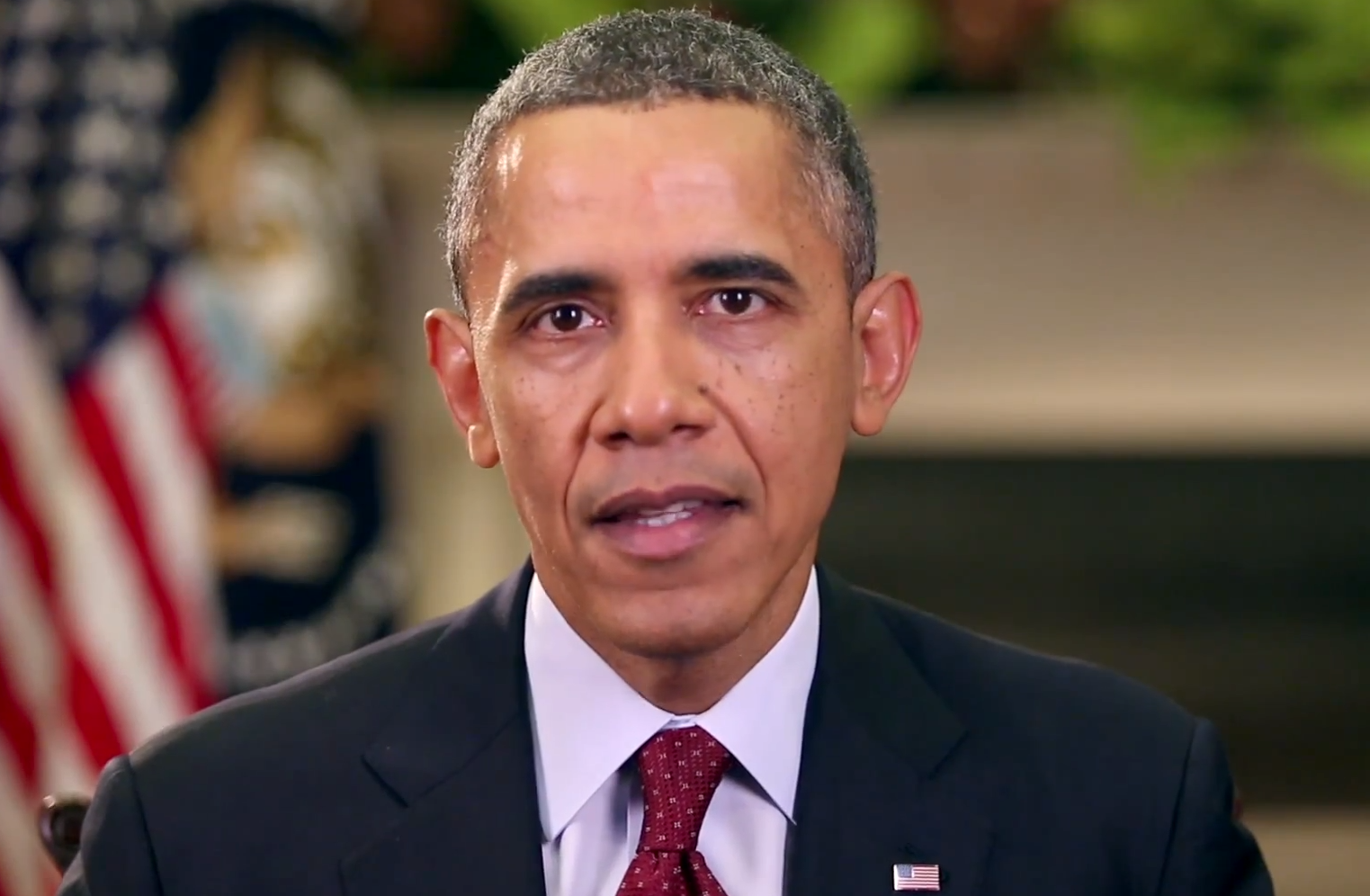 President Obama pushed Congress to extend unemployment insurance in his weekly address on Saturday, warning that if the benefits expire as scheduled on Dec. 28, job seekers and the economy as a whole will pay the price.

“The holiday season is a time for remembering the bonds we share, and our obligations to one another as human beings,” he said, “But right now, more than 1 million of our fellow Americans are poised to lose a vital economic lifeline just a few days after Christmas if Congress doesn’t do something about it.”

Approximately 1.3 million Americans receive unemployment insurance checks as part of a program offered “so that job-seekers don’t fall into poverty, and so that when they get that job, they bounce back more quickly,” the president said. “For many families, it can be the difference between hardship and catastrophe.”

Far beyond the damage it could do to individual families, the president warned, a failure to extend unemployment benefits could drag down the entire economy, threatening a recovery that finally seems to be gaining traction in the wake of several months of robust job growth.

“Unemployment insurance is one of the most effective ways there is to boost our economy,” he explained. “When people have money to spend on basic necessities, that means more customers for our businesses and, ultimately, more jobs.”

To bolster his case, the president cited two studies: One, from the Congressional Budget Office, predicted “that allowing benefits to expire will be a drag on our economic growth next year,” the president said. The other, a report from the Department of Labor and the president's Council of Economic Advisers, estimated that a failure to extend benefits could cost businesses 240,000 jobs in 2014.

Lawmakers from both parties are currently involved in budget negotiations that must produce a fiscal blueprint for the coming year by Dec. 13. Sen. Patty Murray, D-Wash., who chairs the Senate Budget Committee, has been pushing hard to include an extension of unemployment benefits in the eventual package, but Republicans, led by House Budget Committee Chairman Paul Ryan, R-Wisc., have resisted, warning that much of their rank-and-file cannot support a package that includes such an extension. To date, negotiators have not tipped their cards one way or another about the parameters of any final deal.

Reaction to the latest unemployment figures released Friday offered both parties an opportunity to press their case on unemployment benefits. In a statement, House Speaker John Boehner signaled his opposition to an extension, saying the relatively positive November jobs report “should discourage calls for more emergency government ‘stimulus.’”

House Minority Leader Nancy Pelosi, D-Calif., disagreed. “The last thing our economy needs is another round of Republican refusals to act to strengthen our recovery and put people to work,” she said. “What Americans need now is for Republicans to come together with Democrats to extend the unemployment insurance set to expire for more than a million Americans over the holidays.”

In his address on Saturday, the president urged Congress to put aside the bickering, reminding Republicans that unemployment benefits have been routinely extended before, even during healthier economic periods.

“For decades, Congress has voted to offer relief to job-seekers – including when the unemployment rate was lower than it is today,” he said. “But now that economic lifeline is in jeopardy.  All because Republicans in this Congress – which is on track to be the most unproductive in history – have so far refused to extend it.”

“So this holiday season,” he added, “let’s give our fellow Americans who are desperately looking for work the help they need to keep on looking.”

“I say this not only as a congresswoman and chair of the Republican Women’s Policy Committee; I say it as a nurse and the mother of a son in college,” she said. “After all, it’s often women who make the health care decisions for our families.  We put a lot of time and thought into these choices and how they’ll affect our budgets.”

“If you want to talk about a ‘war on women,’ look no further than this health care law,” she added, co-opting a favorite attack line Democrats frequently lob at Republicans.

After relaying stories from constituents whose insurance has been canceled or become dramatically more expensive under Obamacare, Ellmers said, “These families wouldn’t be in this boat if those who wrote the law had listened to hardworking taxpayers instead of relying on insurance companies and big businesses.”

“If the president won't scrap this law, isn't it time for him to delay it for all Americans before it does further harm?” she asked.

Rep. Marjorie Taylor Greene carried a white balloon ahead of SOTU
Thanks for reading CBS NEWS.
Create your free account or log in
for more features.
View CBS News In
CBS News App Open
Chrome Safari Continue
Be the first to know
Get browser notifications for breaking news, live events, and exclusive reporting.