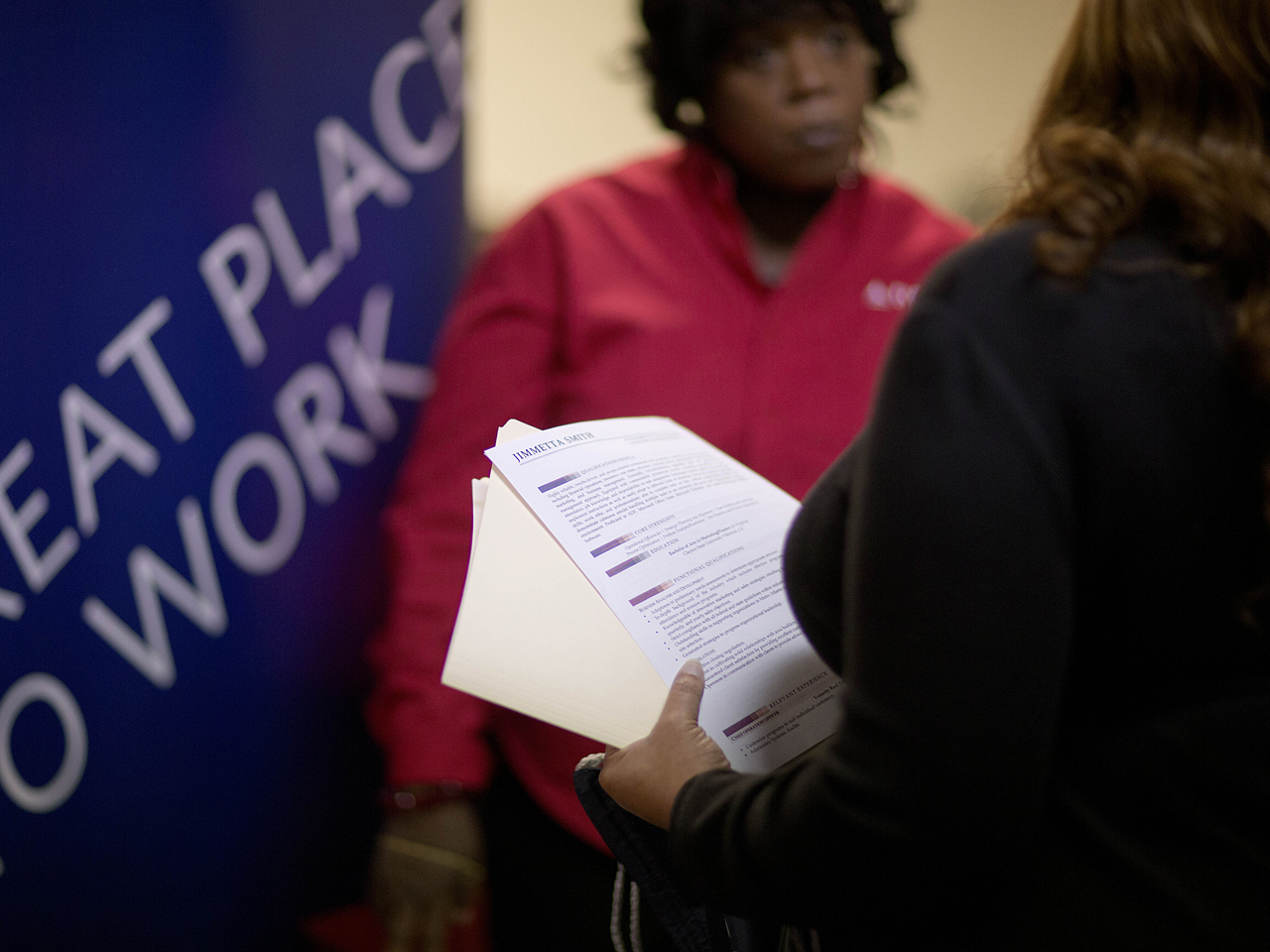 About 1.3 million unemployed Americans will immediately lose government assistance next year if Congress in the next week doesn't extend emergency benefits for the long-term unemployed, but House Speaker John Boehner, R-Ohio, said in a statement Friday that the latest positive jobs report "should discourage calls for more emergency government 'stimulus.'"

"Instead, what our economy needs is more pro-growth solutions that get government out of the way," Boehner said, noting that the GOP-led House has passed bills to increase energy production and rein in red tape, among other things.

The Labor Department reported Friday that the U.S. economy added 203,000 jobs in November -- more than anticipated and more than were added in October. The unemployment rate fell to 7 percent, the lowest it's been in five years.

At the same time, the share of long-term unemployed is rising, and a White House official wrote in a blog post Friday that the emergency benefits "serve as an important lifeline to those who are still struggling to get back on their feet in the wake of the crisis."

"With solid job growth in November - in addition to strong data on manufacturing activity and auto sales - it is clear that the recovery continues to gain traction," Jason Furman, chairman of the White House's Council of Economic Advisers, wrote. "Nevertheless, today's jobs numbers show that too many Americans who have been unemployed for 27 weeks or longer are still struggling to find jobs."

Furman pointed out that "all of the reduction in unemployment in November was due to a drop in the number of short-term unemployed." Meanwhile, the average duration of unemployment rose to 37.2 weeks, even though the median duration fell.

"The substantial gap between the average and median duration of unemployment suggests that many of the remaining unemployed are concentrated at extremely lengthy durations of unemployment," Furman said.

House Minority Leader Nancy Pelosi, D-Calif., similarly said in a statement that the economy is moving in the "right direction" but that too many Americans are still struggling.

"The last thing our economy needs is another round of Republican refusals to act to strengthen our recovery and put people to work," she said. "What Americans need now is for Republicans to come together with Democrats to extend the unemployment insurance set to expire for more than a million Americans over the holidays; without this vital assistance, our economy will lose 240,000 jobs over the next year."

Like Boehner, House Majority Leader Eric Cantor, R-Va., pointed out that House Republicans have passed a number of bills designed to help the economy.

"Senate Democrats and President Obama have opposed common-sense jobs bills, like the SKILLS Act, which would give people the training they need to find new and better-paying jobs in emerging fields," he said in a statement. "Nearly 150 House-passed bills are collecting dust in the Senate. It's time for Senate Democrats to do their job, so we can help more Americans find a good-paying job."