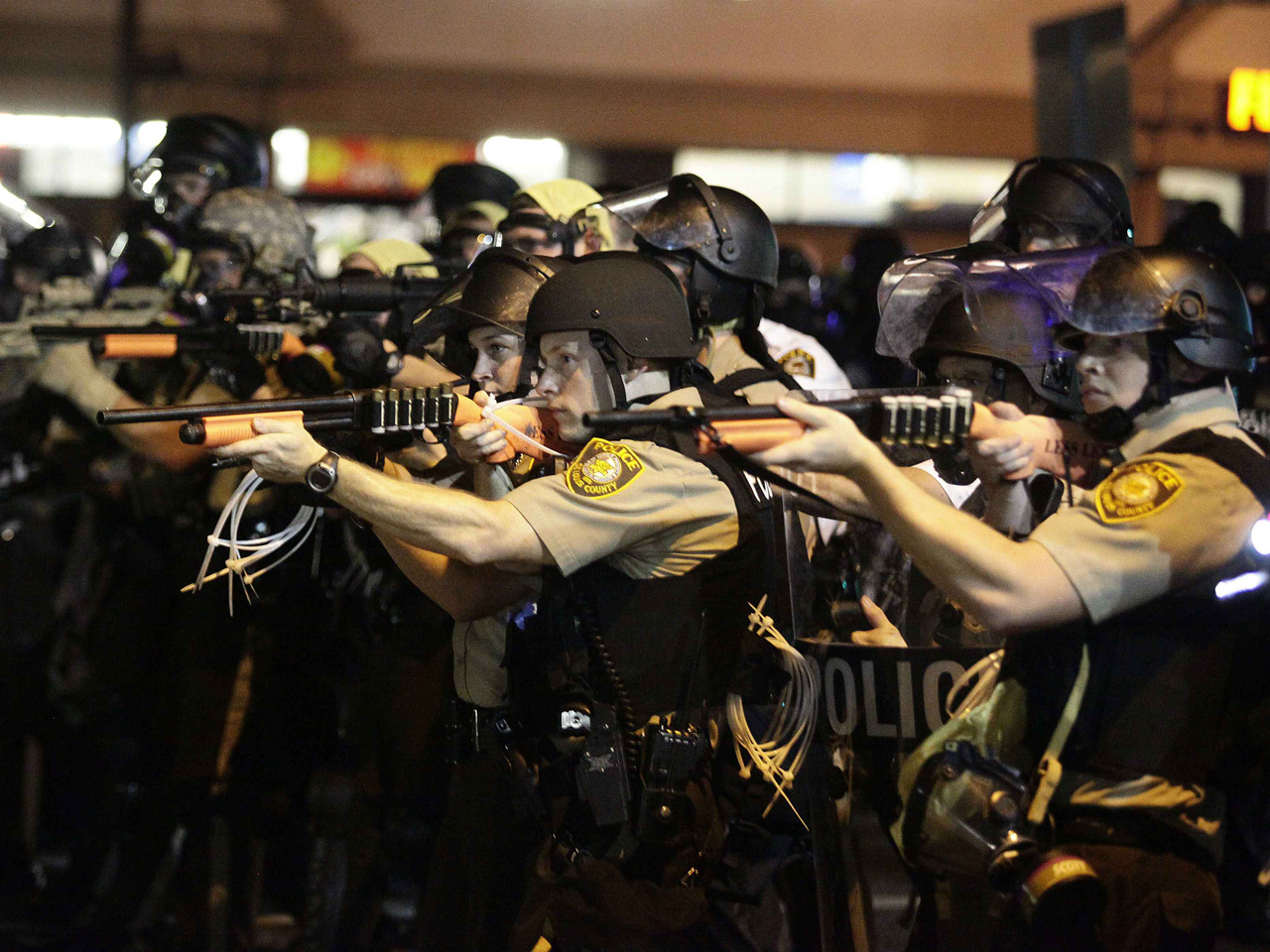 WASHINGTON -- President Obama has ordered a review of the government's decade-old policy of sending military equipment to local police departments across the country, a senior administration official said Saturday.

"The president has directed a review of federal programs and funding that enable state and local law enforcement to purchase military equipment," the official told CBS News.

"Among other things, the president has asked for a review of whether these programs are appropriate; whether state and local law enforcement are provided with the necessary training and guidance; and whether the federal government is sufficiently auditing the use of equipment obtained through federal programs and funding," the official said.

The official said the review will be led by White House staff, including the Domestic Policy Council, the National Security Council, the Office of Management and Budget, and U.S. agencies, including the departments of Defense, Homeland Security, Justice, Treasury and in coordination with Congress.

During widespread coverage of the Ferguson unrest, the public has absorbed images of heavily armed police, snipers trained on protesters and tear gas plumes.

"This equipment flowed to local police forces because they were increasingly being asked to assist in counterterrorism. But displays of force in response to mostly peaceful demonstrations can be counterproductive," Attorney General Eric Holder said in a statement.

"It makes sense to take a look at whether military-style equipment is being acquired for the right purposes and whether there is proper training on when and how to deploy it," Holder said.

Sen. Claire McCaskill, D-Mo., said police responses like that in Ferguson have "become the problem instead of the solution." Rep. Hank Johnson, D-Ga., said he will introduce legislation to curb the trend of police militarization.

Sen. Carl Levin, D-Mich., chairman of the Senate Armed Services Committee, said his committee will review the program to determine if the Defense Department's surplus equipment is being used as intended.

As the country concludes its longest wartime period, the military has turned over thousands of surplus weapons and armored trucks to local police who often trained alongside the military.

A report by the American Civil Liberties Union in June said police agencies had become "excessively militarized," with officers using training and equipment designed for the battlefield on city streets. The report found the amount of goods transferred through the military surplus program rose in value from $1 million in 1990 to nearly $450 million in 2013.

"Every police force of any size in this country has access to those kinds of weapons now," said David Harris, a police expert at the University of Pittsburgh law school. "It makes it more likely to be used (and) is an escalation all by itself."

In Louisiana, masked police in full body armor carrying AR-15 assault rifles raided a nightclub without a warrant, looking not for terrorists but underage drinkers and fire-code violations. Officers in California train using the same counterinsurgency tactics as those used in Afghanistan.

In 1990, Congress authorized the Pentagon to give surplus equipment to police to help fight drugs, which then gave way to the fight against terrorism. Though violent crime nationwide is at its lowest level in generations and wars in Iraq and Afghanistan have largely concluded, the military transfers have increased.

"A lot evolved from the military, no question," said Los Angeles County Sheriff's Chief Bill McSweeney, who heads the detective division. "Is it smart for them to use that stuff and perhaps look like soldiers from Iraq going into a place? Is that smart or over the top? I'd say generally that's smart. Now, if you use that every time a guy is writing bad checks, that's getting rather extreme."

The U.S. has provided 610 mine-resistant armored trucks, known as MRAPs, across the country, nearly all since August 2013, including at least nine in Los Angeles County, according to Michelle McCaskill, a spokeswoman for the Defense Logistics Agency.

McSweeney said it's hard to argue that police shouldn't use the best equipment available.

"It's tempting to say, 'Shouldn't we wear these things? Shouldn't we approach this as if we could get shot?'" he said. "How do you say no to that question?"

"The shame of it will be ... if somebody does a brushstroke and takes out all the funding and then we can no longer be prepared for that big incident," he said.

The LAPD's deputy chief, Michael Downing, who heads the department's counterterrorism and special operations bureau, said officers are dealing with "an adversary who is more sophisticated, more tactically trained."

Downing emphasized that though police might train with soldiers, they're not warriors with a mission to kill but public servants with no "enemies."

"In police work there are times we have to become soldiers and control through force and fear," Downing said. "But we have to come back to being a public servant as quick as we can to establish that normality and that ethical stature with communities, because they're the ones who give us the authority to do our police work."