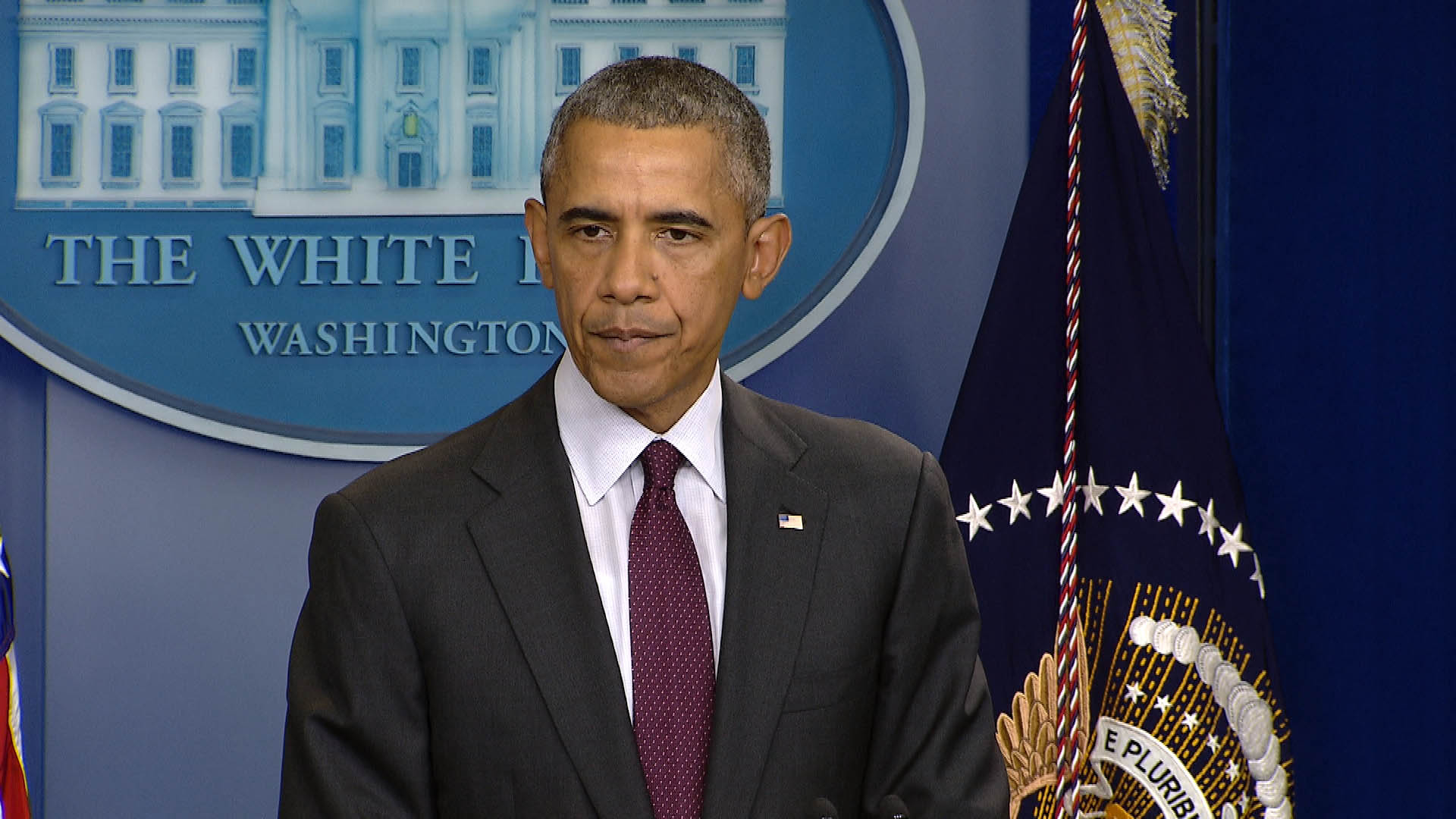 President Obama was visibly frustrated when he spoke about a shooting at a community college in Oregon Thursday, saying, "our thoughts and prayers are not enough."

"It's not enough. It does not capture the heartache and grief and anger that we should feel. And it does nothing to prevent this carnage from being inflicted someplace else in America," the president said in a statement from the White House briefing room.

He argued, "The notion that gun laws don't work, or just will make it harder for law-abiding citizens, and criminals will still get their guns - it's not borne out by the evidence," indicating that other countries like Great Britain and Australia have been more successful in enacting laws to prevent mass shootings.

"Somebody somewhere will comment and say, 'Obama politicized this issue,'" the president said. "This is something we should politicize. It is relevant to our common life together, to the body politic."

Ten people were killed after a gunman opened fire at Umpqua Community College in Roseburg, Oregon Thursday. Another seven people were wounded.

On May 12, 2013, there were mass shootings in four states: Arizona, New Jersey, California and Louisiana.

"Somehow this has become routine. The reporting is routine, my response here at this podium ends up being routine, the conversation in the aftermath of it, we've become numb to this," Mr. Obama said Thursday. "It cannot be this easy for somebody who wants to inflict harm on other people to get his or her hands on a gun."

The frequency of the shootings has made Mr. Obama familiar with the tragic practice of addressing the nation afterward. He delivered emotional speeches after the shooting of several black churchgoers in Charleston, South Carolina, and when former Rep. Gabby Giffords and several others were killed at a political event in Tucson, to name a few.

"It's fair to say," Mr. Obama said, "that anybody who does this has a sickness in their minds." But he said that while the U.S. is not the only country where people have mental health issues, it is the only country that sees mass shootings every few months.

His strongest push for gun control legislation came after a gunman shot and killed 20 children and six teachers at Sandy Hook Elementary School in Newtown, Connecticut, but his efforts were largely stymied by Congress.

He pushed lawmakers and the American people on the issue again Thursday, and said he would continue to do so.

"This is a political choice that we make, to allow this to happen every few months in America. We collectively are answerable to those families who lose their loved ones because of our inaction," he said. "Each time this happens I'm going to bring this up. Each time this happens I'm going to say that we can actually do something about it but we're going to have to change our laws and this is not something I can do by myself."

This article was updated with the numbers of dead and wounded that were confirmed by the Douglas County sheriff Thursday evening. Earlier reports from officials had said that at least 13 had been killed and 20 were wounded.