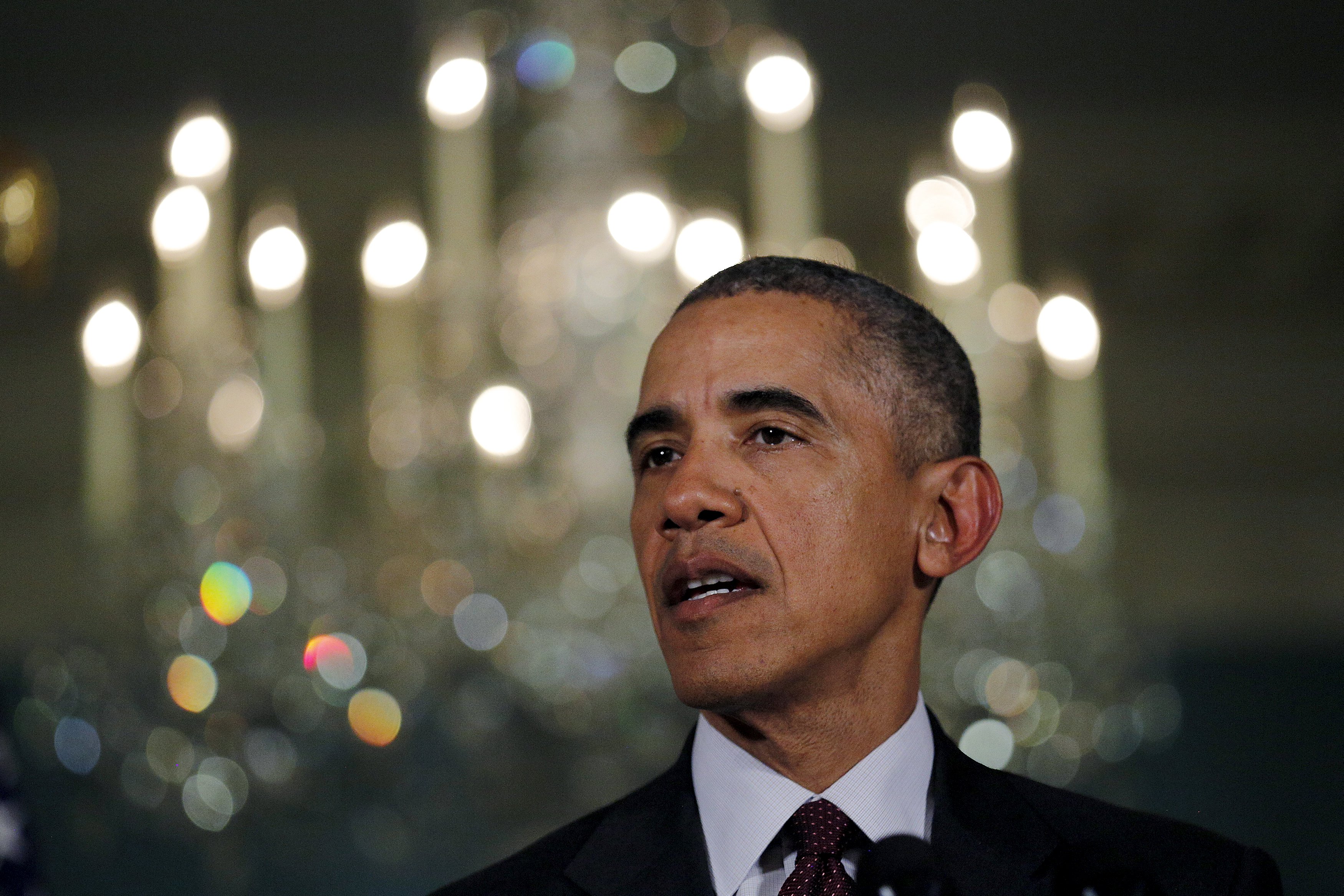 President Obama said Thursday that the coalition to fight ISIS is in a better position now than it was a month ago, saying he is "confident we will prevail" against the "barbaric terrorist organization."

He expressed optimism for the cessation of hostilities agreed upon by the United States and Russia earlier this week, an agreement that would create a ceasefire between Syrian President Bashar Assad's government and armed opposition forces. The agreement "could help save lives" and get much-needed supplies to Syrians displaced by the violence, Mr. Obama said.

"History would judge us harshly if we did not do our part in at least trying to end this terrible conflict with diplomacy," he said. "...That's why the United States will do everything we can to maximize the success in this cessation of hostilities."

Still, Mr. Obama said, Russia's involvement and airstrikes in the region "have reinforced the Assad regime and made the humanitarian catastrophe even worse."

"Countries, communities and groups that agree on fighting ISIL in the short term often don't agree on broader long-term goals," he said. "It's also a proxy war between regional powers."

He referred to comments he made in December about the need to "squeeze [ISIS'] heart" to stop its ability to "pump its terror and propaganda to the rest of the world."

"Over the last two months, the good news is we've done exactly that," Obama said Thursday.

Mr. Obama also spoke about the success of the airstrikes program, which has made over 10,000 strikes to date. Those have kept ISIS from advancing, helped destroy their source of funding and allowed opposition forces to take back some territory.

"With coalition training, equipment and support, including our special forces, local forces continue to push ISIL back out of territory they had previously held," he said.

He also again said that there's no way to calm the Syrian civil war with Assad still in power. "It's clear that after years of his barbaric war against his own people .... many Syrians will never stop fighting until Assad is out of power," Mr. Obama said. "There's no alternative to a managed transition away from Assad."

The president also spoke about stopping the growth of ISIS-inspired attacks within the United States, such as the San Bernardino shootings in December.

Homegrown terrorists is "very hard to detect, and they continue to pose a serious threat," Mr. Obama said. "So at every level--federal, state and local--law enforcement needs to be working together."